Making Communities Work and Grow is a user led community organisation MCWG was established in 1994 by local residents who wanted to improve the quality of life and future prospects of their community. We are proud to be a grass-root, user-led organisation that listens to and responds to the needs of our community. We provide services to address the varying needs of the residents of North Kensington (RBKC). Although our service is not restricted to anyone the focus is on the large Black, Asian and Minority Ethnic residents of our community. Established in 2012 Kensington Borough FC started with a few individual volunteers concerned with the problems young people are facing in modern day society with crime, drugs and anti-social behaviour. We set up Kensington Borough to engage young people through sports (mainly football) and open doors for disadvantaged young people from a variety of backgrounds, and help tackle the complicated, personal and social problems the community was facing.

Golborne ward in Kensington & Chelsea, where our service is based ranks in the 5% of the most deprived areas in England. The child poverty rate here is a disturbing 51% (End child poverty, 2011), the highest in the borough, and more than twice as many children qualify for free school meals than the national average. Unemployment is high and long te

Royal Borough of Kensington and Chelsea 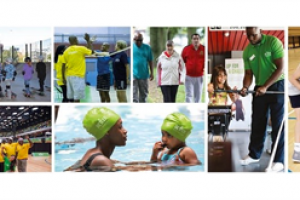