Hackney WickED Art Festival has championed the community of Hackney Wick & Fish Island since 2008 developing a reputation for creating large (35,000 people in 2014), unique, free & one off art events, inhabiting unused land. “The work you do in Hackney Wick is a wonderful celebration of the area and its creative heritage. I wish you all the best as you continue in your ambitions to highlight the cultural brilliance of this area.” Boris Johnson The areas rapid change from industrial wasteland to culture hub sitting alongside the Olympicopolis has forced us to reassess our delivery. Following a large audience & artist study (supported by ACE, Legacy List & LLDC) it became clear that the next stage of our development would be to facilitate a series of events (Open Studios, markets, exhibitions, commissions, music, film screenings, workshops, talks). We need your support to allow us to expand on the benefits of our annual festival to support the local creative community & local economy.

The annual festival has been a key date in the cultural calendar for East London but with the rapid developments and changing infrastructure the festival is no longer feasible. Protecting local artists and creative communities is key to the Cultural Strategy for London; we feel that Hackney WickED is perfectly placed to help deliver this whilst retaining these assets in the area. Leveraging the reach of our festival through a longer term participatory public program alongside the strategic use of shop take-overs, commissions etc would provide an opportunity to increase the cultural infrastructure, test new approaches/partnerships whilst engaging new audiences to the area in a manner that supports the incumbent community from the bottom up. This project would facilitate the strategic planning of HWED's 10 year anniversary of of giving a platform for emerging artists, bringing together local community & businesses, whilst making art accessible & inspiring to all.


We have spent 9 years making use of neglected spaces, canalways, car parks, warehouses the next stage of our mission is to continue to provide a platform for emerging artists whilst developing a sustainable community asset able to retain and develop cultural audiences for Hackney Wick. Hackney WickED has a number of years experience managing grants/sponsorship (Arts Council, Council, Corporates) & has already secured support for our upcoming projects alongside support via a Creative Development partnership with Foundation for FutureLondon, L&Q & Hackney Council & other local stakeholders. Foundation for FutureLondon, Head of Creative Programmes: “Hackney WickED is a really unique arts festival for East London, which offers a valuable platform for artists who live and work here. We’re delighted to be working with them on a long term basis to ensure they can continue to grow and expand, reaching wider audiences and showcasing the extraordinary talent of east London’s artist community.” 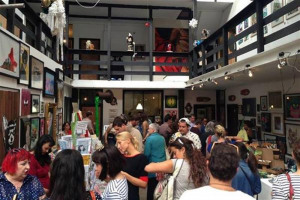 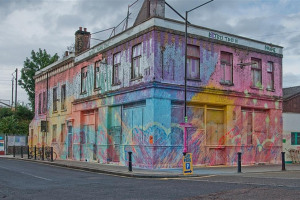 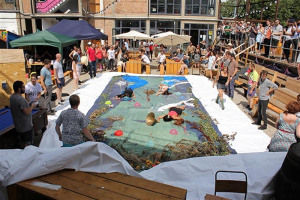 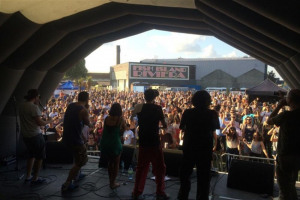 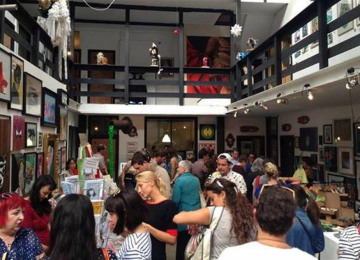 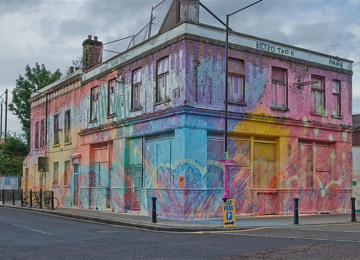 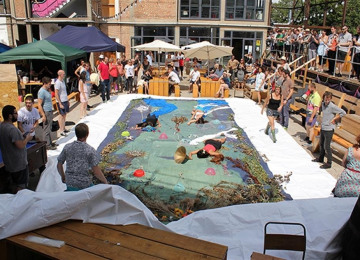 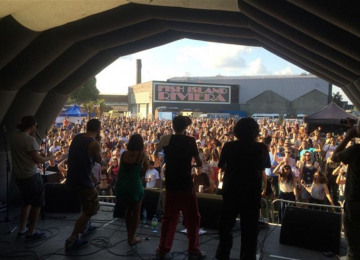 HWED CIC is a dynamic force for promoting local culture (dubbed “the most vital event of the Summer” by NY Arts Mag) in the artistic communities of Hackney Wick and Fish Island (HWFI), organising events to provide a platform for local emerging artists to showcase their work alongside more established names. Annual highlight is HWAF, which is established as one of London’s biggest and most unique art events. It brings the streets of HWFI alive over three days in August with impromptu performance, exhibitions, open studios, live music, art markets, film, talks, development workshops, live installations and more... bringing an ever increasing number of London-wide and international visitors, art critics and collectors to the area. Whilst creating “a brilliantly varied three day event in the energy, optimism and improvisation stakes at least – topping the capital's more established art fairs” (Saatchi Gallery magazine), HWAF's biggest success has been drawing together a fragmented artist community to create new networks and audiences.

2008: One of 1st organisation founded in the early days of HWFI’s establishment as an artistic community. Highlights: Paul Noble (opportunity to visit the studio of a Turner Prize nominee). Eloise Fornieles and Greta Alfaro (film screening).

2013: Return of the full festival format after the Olympics in neighbouring Stratford with 25,000 attendees.

2014: Curation of artworks, including local artists Gavin Turk, workshops and music as part of the V&A ‘Hackney Wick Takeover’

Project Owner: Hackney WickED The Project Owner takes legal responsibility for receiving and spending the funds raised and ensuring the project is delivered.