To raise funds for more equipment to further the facilities at Abingworth Football Ground to encourage more participants in the 6-9 year old age groups over the 2018-19 season.

To raise funds for more equipment to further the facilities at Abingworth Football Ground to encourage more participants in the 6-9 year old age groups over the 2018-19 season.

To further the facilities at Abingworth Football Ground to encourage more participants in the 6-9 year old age groups we are looking to add age appropriate goals to the ground for use by all the community when the club is closed.

This will help more children to enjoy their sporting activity in a safe environment with age appropriate equipment to develop their technical skills. By improving the facilities we can increase the number of volunteer roles we can offer to the village. 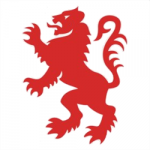 Formed in September 2012 and officially founded at its first AGM on the 17th of October 2012, the club is a not-for-profit company.

With the facilities within Thakeham not suitable for adult football at the time of founding, the team began by playing in Horsham Park with a hope to move home to Thakeham with the completion of new facilities proposed by local developers.

In 2013 the Club was pleased to be accepted for a grant application from the Football Foundation for up to £5,000.

On the 6th of January 2014, Thakeham Village FC was awarded the FA Charter Standard Award for Adult Clubs, highlighting the time and effort that had been put into setting up and running the new club in a professional manner.

As a part of the larger Abingworth Meadows development, the former playing fields have been leveled, the soils improved and new changing rooms have been built to allow the full use of the two pitches.

In the summer of 2017 the Lions finally moved home having played at the Abingworth site just once in August 2013 hosting Barns Green Reserves in an 8-1 pre-season defeat.