Making the alley to the rear of the shops a safer place to live by eliminating ASB and fly tipping. Collaborate with the local college/school to paint a mural portraying Southall's Heritage.

Making the alley to the rear of the shops a safer place to live by eliminating ASB and fly tipping. Collaborate with the local college/school to paint a mural portraying Southall's Heritage.

We are currently working closely with Ealing council to secure planning permission for this project. No pledges will be collected until this is in place. With an increase in anti-social behaviour and incessant fly-tipping, an immediate solution is the installation of gates at both ends of the alley. CCTV and security lights would further deter people and allow the residents to take back control of an area they use on a daily basis. Collaboration with art students from schools/colleges in the community to paint a mural on the alley walls. This will breathe new life and colour into the alley, transforming a space that is used by over 130 people. We want to engage students to create something relevant to Southall by portraying the heritage & culture. It will be like an open-air outdoor exhibition starting on the wall on St Joseph’s Drive bending around into the alley. The public will be able to view the mural at any time as the gates will be installed at the end of the mural.

The antisocial behaviour is one of the biggest issues we face. There are approximately 20 three bedroom flats on the upper floors of the shops housing nearly 100 people. Most of the residents are families who use the alley on a daily basis as the flats can only be accessed via the alley. In addition, shop keepers and staff utilise the alley daily and this affects their attitude to work, etc. They have to walk past people drinking, taking drugs, defecating and urinating while making daily trips to the high street, school pick and drops offs, etc. Commercial users despise having to use the alley and it affects their mental and physical attitudes to work. Shopkeepers find it hard to employ good staff as the area does not have any appeal and are instead deterred by the ongoing problems.


The alley has been blighted with antisocial behaviour, fly tipping, high street customers parking their cars in the alley and restricting access. This has been ongoing since the 90s and although Ealing Council has been proactive in trying to fix the issues, it is difficult to monitor the alley 24 hours a day! Saving resources allocated towards the alley by Ealing Council means they are able to reallocate these resources to other areas of need. ASB is now spilling onto St Joseph’s Drive where offenders are drinking more openly on the street, using little metal canisters to inhale nitrous oxide, faeces being smeared on peoples’ brick walls at the front of their drives, and so on. Fly tipping is a problem that has long faced the alley. Ealing have increased the waste collection frequency and this has helped somewhat but the problem still persists. 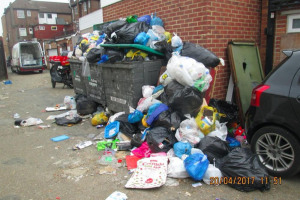 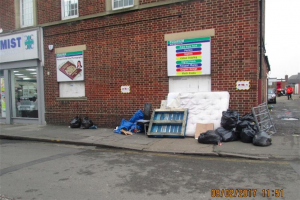 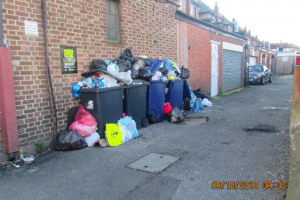 We have now secured planning for the installation of the gates and will be commencing works shortly!

The exciting way for you to build prosperous and vibrant local areas across the borough of Ealing!

Dear backers, Thank you for supporting this project during its crowdfunding campaign - your generous pledges have helped it to hit its target and move on to the next stage of the process. You may be aware that planning permission has still not been granted for this project to be delivered and the project delivery manager is working with the council to secure this as we speak. We therefore cannot transfer your pledges to the project yet, however, we will be collecting the funds from you shortly and keeping them in a ringfenced account until permission is confirmed. The reason for doing this is that each of your pledges is set up as a pre-approved payment through PayPal which has an expiry date that is fast approaching. If we don't collect the pledges now, they will all be lost and the project will not happen! In the unlikely case that planning permission is not secured by 9th November 2020, then your pledges will be refunded to your PayPal account in full. If you have any questions or concerns about this, please contact us via support@spacehive.com. Regards, The Spacehive team 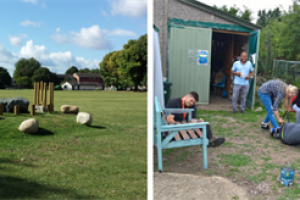 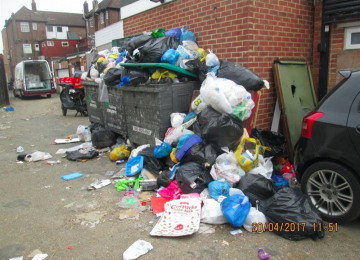 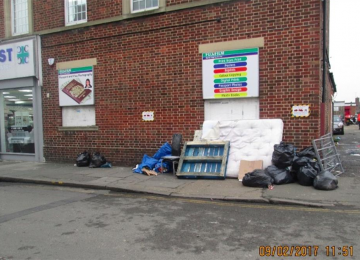 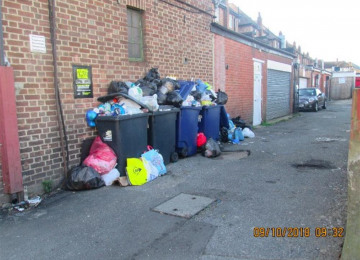 I am a property manager for a couple of properties that have access to the alley. I have been working here since 2004 and know a number of the shopkeepers and residential occupiers.

This alley has always been an area that needed to be remedied. My father (property manager before me) tried to get gates installed for a number of years. For a number of reasons beyond his control, he was unable to resolve the issues.

He passed away in 2012 and for this reason this project is very dear to me. It would be amazing to help the local community, 130 people strong, to be able to use the alley safely and as a place of security!

Project Owner: Gaurav Sarna The Project Owner takes legal responsibility for receiving and spending the funds raised and ensuring the project is delivered.