Level and resurface the damaged playing field with new grass to make it suitable for sport and develop it into a ballpark where kids and adults can play baseball and enjoy events in the park.

Level and resurface the damaged playing field with new grass to make it suitable for sport and develop it into a ballpark where kids and adults can play baseball and enjoy events in the park.

Herts Baseball Club was founded in 1996. To meet growing demand, the club built a second baseball field at its Hemel Hempstead branch in 2009. This led to a period of rapid growth. “We built it. People came. It’s time to do it again and bring baseball to NW London.” With so many kids and adults wanting to play baseball in NW London, the club decided to set up a branch there. Most playing fields were already taken by other sports. The only viable venue was Basing Hill Park but its playing field has deteriorated over many years. It was last used by football teams more than 10 years ago and the park cafe was abandoned. The field has been further damaged by local police using it to train their horses. Herts baseball teams started playing there in 2019. The club is now crowdfunding to make the playing field fit for purpose and bring baseball and softball into the heart of the community. The park will become a family oriented space with organised events for everyone.

Over the years the club has seen children and adults of all ages (6 to 60+), with diverse backgrounds, from low and high income families, male and female, from complete baseball beginners to advanced, join the club. Everyone plays. With so many of its club members living in NW London and many more wanting to play baseball but unable to travel to Hemel Hempstead, Herts Baseball Club established a branch in NW London. Over the last two years at Basing Hill Park, the club saw a large increase in enquiries from members of the public interested to play baseball. Growth in participation accelerated further after the New York Yankees and Boston Red Sox came to play games at the London Stadium in 2019 in front of a 60,000 sell out crowd. That continued in 2020 and 2021 despite the Covid-19 pandemic. The community has rediscovered the important role which parks play in our lives. This project will make Basing Hill Park even better and will bring people together in a Covid-secure environment.


Note: In July 2020 the UK government approved a Covid-secure protocol for baseball games to be played. 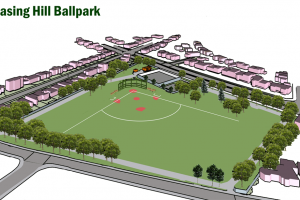 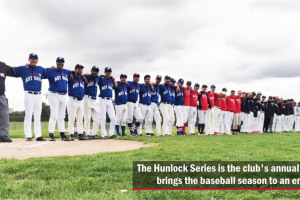 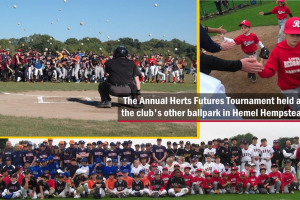 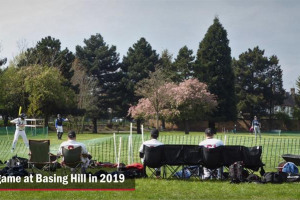 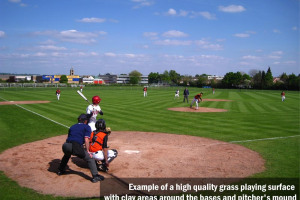 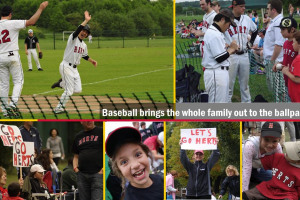 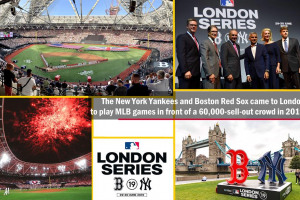 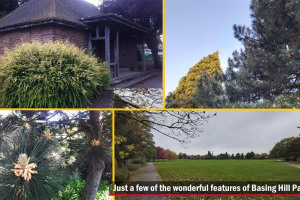 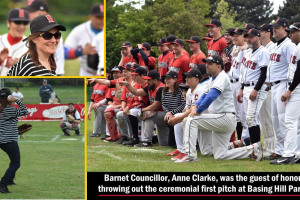 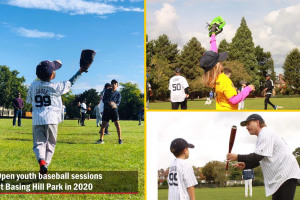 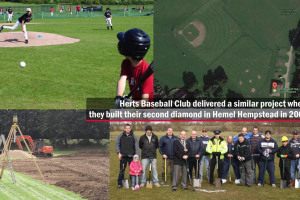 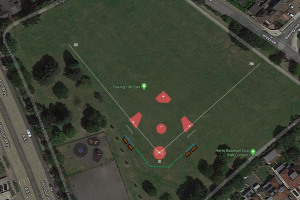 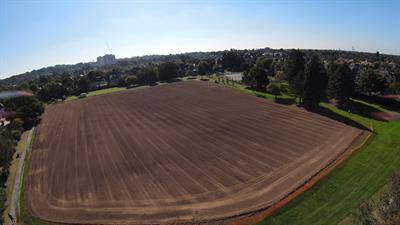 After five days (and a few nights) of gruelling work, our Basing Hill Ballpark contractors, Inscapes, have completed the levelling and resurfacing of the playing field. The grass seeds are in and now we wait for the sun, the soil and the rain to do their magic. The rain on Monday morning came at a perfect time. (aerial photos by office@azariahgrossphotography.co.uk)

Once again thank you for your pledges and amazing support which enabled us to reach our crowdfunding target raising £21,690. We are now in the process of appointing one of the bidding contractors to implement the project and we will keep the community updated. >>> Is your donation eligible for GiftAid? <<< If you made a pledge, your donation payment would have been processed over the last week or so. Herts Baseball Club is registered with the UK tax authorities as a Community Amateur Sports Club (CASC) and donations which we receive are eligible for GiftAid. If you are a UK tax payer, fill out this GiftAid Declaration form ( https://hertsbaseball.com/contact-us/donations/giftaid-declaration/ ) and Herts Baseball Club can claim back 25% more on your donation from the UK government at no cost to you. If you are not a UK tax payer or you don't want to apply GiftAid to your donation, you do not have to fill out this form. If you pay tax at the higher rate you can claim further tax relief in your Self Assessment tax return. 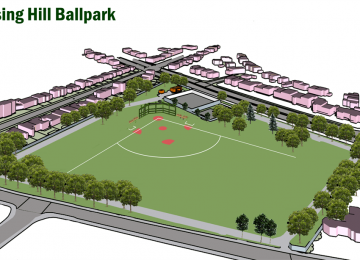 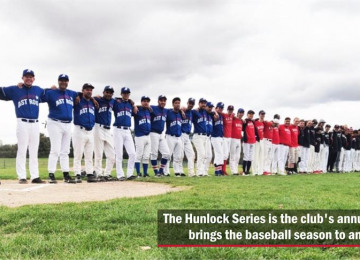 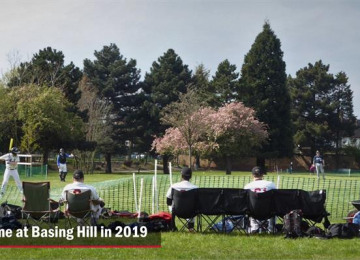 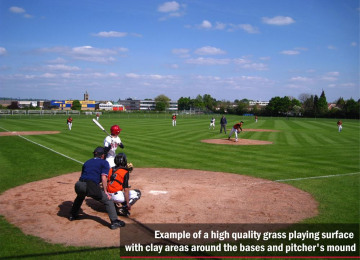 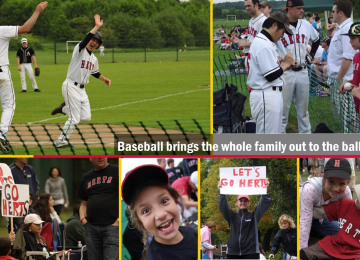 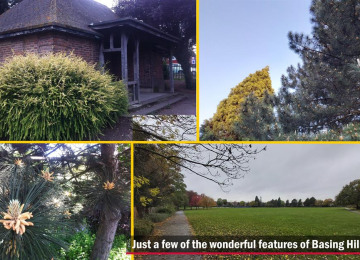 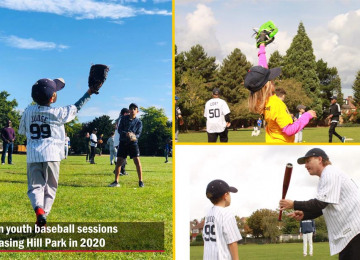 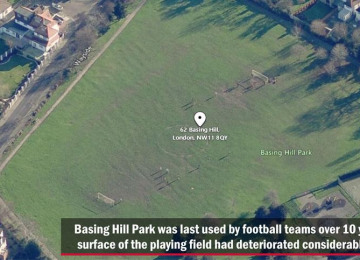 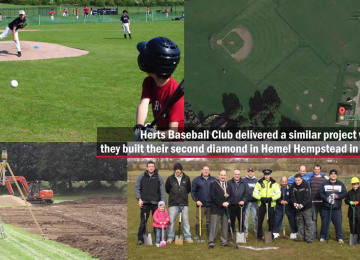 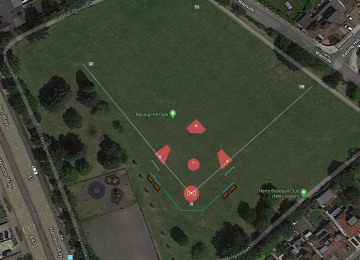 Herts Baseball Club was founded in 1996 in Hemel Hempstead, Hertfordshire, and has grown into one of the largest baseball clubs in the UK.

The club comprises adult and youth baseball teams playing in the various league tiers of the British Baseball Federation and Little League International.

Over the years, Herts has made substantial investments into the expansion and upgrade of Grovehill Ballpark in Hemel Hempstead with support from the National Lottery, Sport England, BSUK, Dacorum Borough Council and other organisations, partners and club members, making it one of the best baseball venues in the country and hosting high profile events including the BBF National Baseball Championships, Great Britain National Team events, Herts Spring League, Herts Futures Tournament and others.

With so many of its club members living in north west London, the Club expanded by setting up a branch there in 2019, choosing Basing Hill Park as the home of the Club in NW London. The club is now looking to develop it and make it one of the best ballparks in the country for the whole community to enjoy.

Herts attracts a lot of media interest and is frequently featured on BBC and other television channels and radio stations.

Herts offers baseball opportunities for all - men and women, boys and girls of all ages from 6 to 60+, from complete beginners to advanced players, many of whom go on to play for the Great Britain National Baseball Teams.

Contractor: Construction Materials Limited The team responsible for building or installing the project.