Do you know your shit? UCLoo Festival is part of an international day of action, World Toilet Day, that will break the taboo around what we flush and draw attention to the global sanitation challenge.

Do you know your shit? UCLoo Festival is part of an international day of action, World Toilet Day, that will break the taboo around what we flush and draw attention to the global sanitation challenge.

UCLoo Festival will run for 2 weeks with a working ecological toilet, an exhibition of prototype toilets, a make-a-thon and other events. UCLoo Festival will build on UCL’s pioneering efforts to advance sanitation technologies with a new emphasis on sustainability and urban waste management.

London needs new strategies to cope with climate change and drought. For 150 years, we have relied on water based sanitation to deal with waste. Every person in the UK flushes 50 litres of drinking water down the toilet every day. As water shortages and drought become more common, it is time to rethink this system. What are the alternatives? This is the question that UCLoo Festival will highlight.

We need to go public about toilets. More than 2.6 billion people in developing countries do not have access to a safe toilet, and in the developed world toilets use water - one of our most precious resources - to wash human waste away. The flushing toilet and water based sanitation systems that we take for granted in cities like London are unlikely to be replicated in the rapidly urbanising cities of the global south.

The world needs a new toilet.

UCLoo Festival is an exciting series of hands-on activities and events based on research relating to the challenge of redesigning the toilet for the 21st century. If England was the centre of the nineteenth-century water based sanitary revolution, then it should also be part of the new revolution for ecological sanitation in the twenty-first century.


Do you know your shit?

King Louis XIV of France did not shy away from having conversations with visitors while "conducting his business" on the toilet.

In medieval Spain, urine was used to clean the teeth; it was believed to whiten enamel and increase dental health.

In seventeenth century Britain, dung was worn in a bag around the neck to ward off illness.

In Shanghai in the 1920s, the nightsoil trade was so lucrative, it was controlled by gangsters.

In the 1950s, it was estimated that 90% of human waste in China was used as fertilizer.

In London alone, more than 400 million litres of drinking water are flushed down the toilet every day! 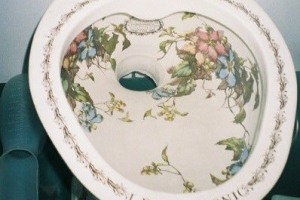 The North Observatory and North Lodge 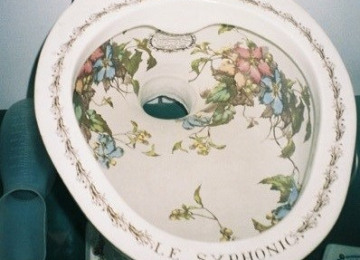 UCL is a hub for research on water security, environmental governance and sustainable cities. This project was initiated with support from UCL Engineering, the Bartlett and the Grand Challenge of Sustainable Cities.

Sarah Bell, Tse-Hui Teh and Barbara Penner have been working together on toilets since 2010. Sarah is an Environmental Engineer, Hui is an Urban Designer and Barbara is an Architectural Historian, each bringing a different perspective on the challenge of sustainable sanitation, globally and in London. Their previous toilet related activities include a workshop on urine diversion in Durban, South Africa, and the co-design event 'New Loos for London'.

Barbara edited the book 'Ladies and Gents: Public Toilets and Gender' with Olga Gersherson (Temple University Press, 2009). Her latest book 'Bathroom' (Reaktion, 2013) will be launched at the festival.

Contractor: Mobile Studio The team responsible for building or installing the project.