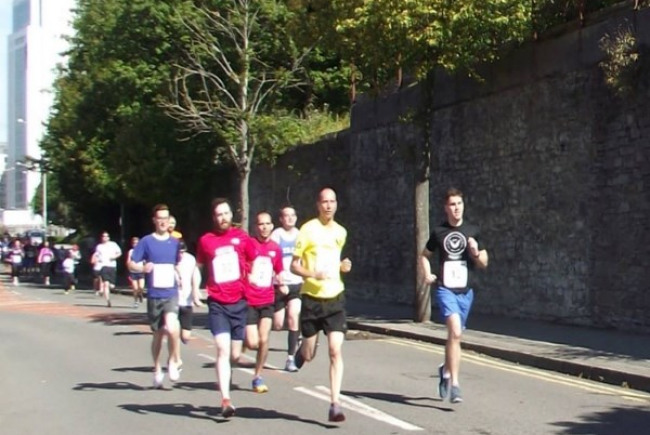 The Butetown Mile is a 1-mile running event along Bute Street in Butetown, Cardiff.

The Butetown Mile is a 1-mile running event along Bute Street in Butetown, Cardiff.

This is a historical run from the 1980's and early 1990's when it attracted the best in the UK taking part in an elite race and the local community taking part in the fun run. Last year a small committee re-launched it on a shoestring with 64 runners of all abilities and all ages taking part. The event was a great success; here is some feedback from participants:

"Butetown Mile relived after over 20 years! Well done everybody & well done ................. on your medal, he now has a taste for it!!x"
"I really enjoyed running this race today, thank you for organising it!"
"Great race, and quickest mile I've run by far! Looking forward to next year."

This year we want to make it bigger and reinstate the elite race and a fun run. Once the numbers go up we need more medals and bigger banners. We want to make this a run to remember!

The Butetown Mile is a great idea because at the heart of it is a community who feel their historical roots were dismantled when the area was demolished and renovated in the 1960s and later in the 1990s during the Cardiff Bay development. Bute Street had once been famed for its music and lively atmosphere and the residents now feel the area is largely ignored and forgotten about. The Butetown Mile is a great way to bring some activity back into the area for the local residents and those travelling to the area to take part. The straight course also captures the imagination of those wanting to run quickly and beat their personal best over this distance. In the early 1990’s, former marathon world record holder, Wales’ own Steve Jones broke the 4-minute mile on Bute Street. Can we make history here again?

The council have agreed to close the roads for the event. The course has been measured and tested during last years run.


This is a great opportunity to be part of creating an annual event which will go down as a "must do" on the running calender. Be part of bringing some life to Butetown and take part in creating something positive. 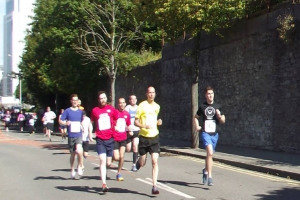 The City of Cardiff Council 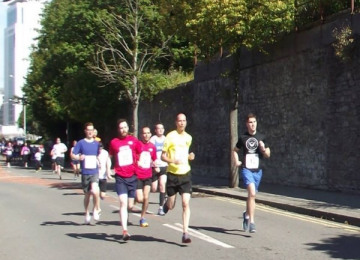 The Butetown Mile committee is a group of local volunteers who have worked hard to revive a historical 1-mile run in Butetown. The committee is made up of local youth and health workers, some of whom have worked and lived in the area since the original Butetown Mile in the late 1980’s. They were sad to see the demise of the Butetown Mile in the 1990’s and have been keen to bring accessible sporting activity back to this area.  In 2014 a new face appeared in Butetown doing some work with men in the community to raise prostate cancer awareness.  A keen runner, Sarah soon picked up on stories of what Butetown used to be like and how the Butetown Mile breathed life into the area.  As a way of engaging with the community Sarah found herself setting up a small committee to take on the re-launch of the Butetown Mile and they worked tirelessly to stage the event on the 31st August 2014.

Sarah is a researcher and clinician working in prostate cancer and is passionate about educating those most at risk for this condition (black men) by working with the community to raise awareness.  She also believes Butetown is ready to host this event and encourage the community to take part in an accessible activity for all abilities, such as running.

Project Owner: Sarah Fry The Project Owner takes legal responsibility for receiving and spending the funds raised and ensuring the project is delivered.

Contractor: Sarah Fry The team responsible for building or installing the project.