We need your help to create a community festival in the network of ginnels around Henderson Street in Levenshulme on 30 July 2017 - International Day of Friendship. Pledge today!

We need your help to create a community festival in the network of ginnels around Henderson Street in Levenshulme on 30 July 2017 - International Day of Friendship. Pledge today!

Our neighbours come from variety of different ethnic and cultural backgrounds and a lot of creative people also live here, many of whom are struggling to make a living. We also have a wonderful network of ginnels (alleyways) between the terraced houses which are currently just glorified rubbish dumps and we want to change this and bring people together. On 30 July 2017 our nine ginnels will be transformed into amazing event spaces to celebrate the arts and heritage of our neighbours,. Come and experience a West African Ginnel, with drumming and dance workshops and African food; a ginnel celebrating Jamaican culture, a Children's Ginnel, including games from around the world; Ginnel Grannies & Grandads, with elderly people sharing memories and advice; a Health and Wellbeing ginnel, a ginnel resembling a Syrian wedding with all the associated traditions and a ginnel showcasing the diverse music of the neighbourhood - all suggestions which have already been proposed!

The Ginnel Project and Gathering makes use of currently unused and unloved open spaces in neighbourhoods. It offers the potential to bring neighbours together with a shared vision and a little excitement and share creative ideas and skills, whilst contributing to the local creative economy. It celebrates the cultures in this neighbourhood. We have people of Asian, Caribbean and African backgrounds who have already expressed an interest in the project and neighbours have also already offered to provide branding and help with funding applications. Manchester City Council has also offered support in terms of materials to clean up the ginnels, networking and marketing.


It will promote cross cultural understanding and communication and reduce the potential for hate crime. 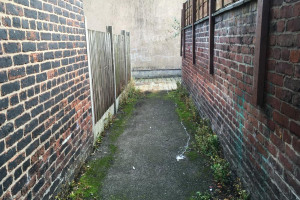 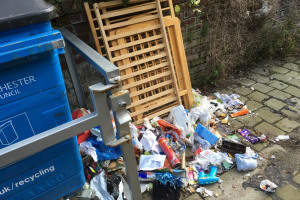 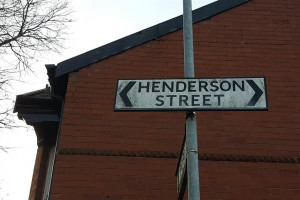 The ginnels running around and between Livesey Street, Griffin Grove and Henderson Street in Levenshulme, Greater Manchester

We now have 50% of our target with a fabulous £2,000 pledge from Esme Fairbairn Foundation!! Thank you so much from the Henderson Street Neighbourhood team and residents!! Now this project is looking seriously possible!! 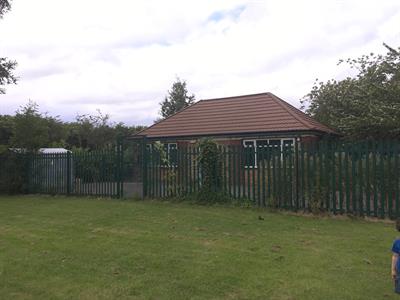 Thanks to The Beehive Community Centre in Cringle Park, we now have a free venue for our weekly Wednesday volunteer meetings!! 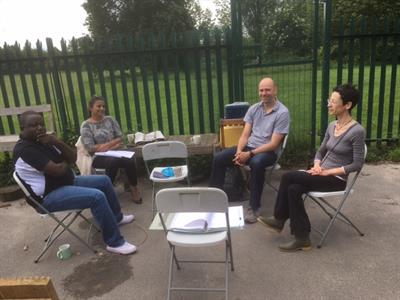 Productive Volunteers meeting last Saturday - thanks to The Beehive for free use of their wonderful community venue in Cringle Park, near to the Henderson Street Neighbourhood! 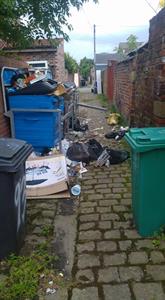 Residents were out yesterday cleaning up a couple of bad cases of fly tipping on the Henderson Street/Stockport Road ginnel - take a look at the before and after photos!

We are looking for your ideas to make Manchester a better place to live, work and play 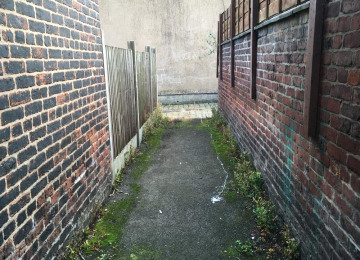 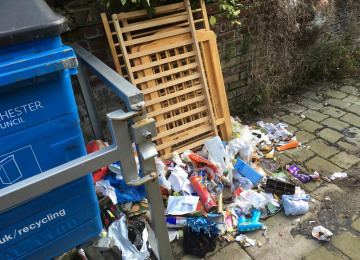 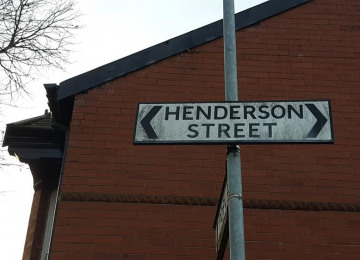 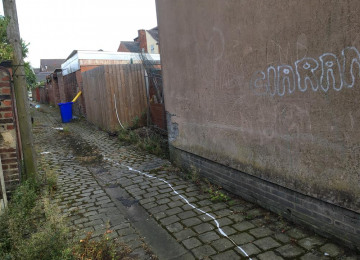 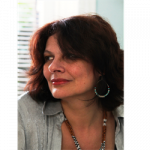 My name is Geli Berg and I am of mixed cultural heritage.  My Mum was from Peru and my father half Irish and half Norwegian.  As a result I have always been fascinated by culture and diversity.  I taught English as a Foreign Language for years and then moved into marketing and PR, becoming the marketing Manager for Jazz FM North West and joined the Board of Trustees for Band on the Wall.  I then went into community radio and produced and presented Cultural Collage on ALL Fm Community Radio in Levenshulme for 13 years.  This led to me setting up a world music agency and subsequently producing the Cultural Collage World Music Festival which ran across venues throughout Manchester between 2010 and 2013. I am now the Managing Director of Lingua Franca World (Music) Community*, a social enterprise which works on promoting cultural cohesion through diverse arts projects, mainly based around 'world' music and dance.  I live in Levenshulme in South Manchester, a very diverse and active community neighbourhood and I feel strongly about neighbourhood issues and helping to make our community a wonderful place to live.

*We are changing the company name in March to drop the word Music.

Project Owner: Geli Berg The Project Owner takes legal responsibility for receiving and spending the funds raised and ensuring the project is delivered.