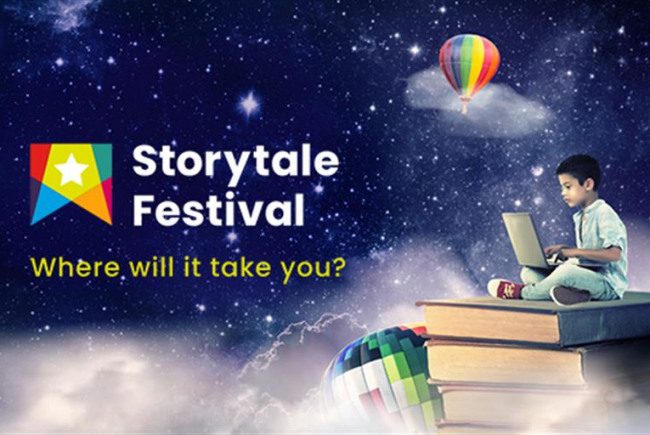 Storytale Festival 2020 celebrates stories for tots to teens with 15 events over 5 days led by Bristol creatives. Travel to inspirational places with wonderful authors, illustrators and storytellers.

Storytale Festival 2020 celebrates stories for tots to teens with 15 events over 5 days led by Bristol creatives. Travel to inspirational places with wonderful authors, illustrators and storytellers.

Ellie, Kate, Nicola and Jenny are all Bristol parents who together created Storytale Festival last year, a citywide festival celebrating children’s stories. There were 43 events over 10 days in libraries, bookshops, community centres and public venues, ranging from writing workshops to craft sessions and storytelling for children of all ages. Over 1000 people took part in 2019 and now we’re back for a second year, this time in digital form. Chapter 2 of Storytale is a bitesize children’s book festival taking place on YouTube and Facebook from Saturday 24th –Wednesday 28th October. It will be a fun and inspiring way for children and teens to get creative over half term, by joining in with drawalongs with Bristol illustrators, or crafting their own stories with help from published children’s authors. The events themselves will provide armchair travel to inspirational places with wonderful authors, illustrators and storytellers.

The festival showcases Bristol creatives, bringing a variety of fun, free, short interactive events to a wide audience. These can be accessed by schools and other groups as well as families during half-term and after for a short time. We are linking with a local independent bookshop to sell the books and building other strands of work such as a travelling sketchbook, schools programme and fringe events. We hope the online festival will benefit a wide range of people and keep the Storytale enthusiasm going so we can create a real-life festival in 2021. 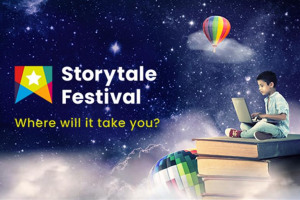 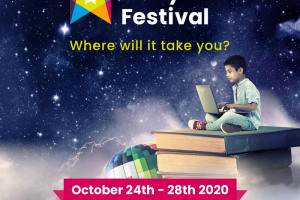 Although based in Bristol, we hope the festival will reach beyond the city!

After a long hard think and lots of discussion with my family, I decided to donate some of our savings to the Storytale Festival fund. I was worried that without it we wouldn't make the target so we'd lose the kind donations we've received. Hopefully this means we can start planning next year's festival :)

We're really close to the closing date for this now. We could really do with as much help as possible to try and reach our target. Please spread the word if you can.... It will mean we can pay our creatives and hopefully hold another festival next year. Fingers crossed!

We've had such a lovely response to our online festival, with views from new supporters in this country and beyond! It's really exciting and it's encouraged us to start thinking about next year. We'd love to reach our target and be able to pay this year's artists and hopefully they'll want to be part of future festivals too.

Thank you for our first pledge! It may look like we're almost there but this is just the beginning for us. The funding in place represents the time the project team have put in already so we haven't got any money in the bank to pay bills yet... Every little helps and we really appreciate it. 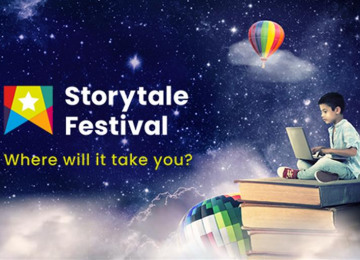 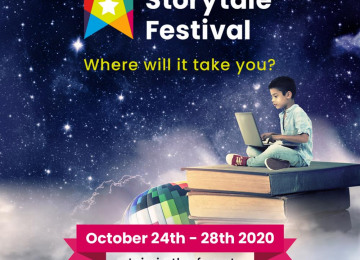 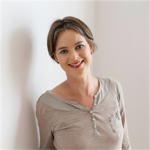 Kate and I ran Storytale Festival last year, with other 1000 people participating in 43 events in 27 venues with 26 creatives. It was hugely successful and we're really excited to be working together again to create a mini online version. We have huge support from Grounded Cloud and J Farrington Copywriting as well as a host of others such as publishers, libraries, bookshops and schools.

I’m a Director of Brave Bold Drama CIC, a not-for-profit theatre company which aims to dismantle the financial and cultural barriers that prevents some members of the community from engaging with the arts and accessing opportunities to explore their own creativity.  I have brought in processes for planning, regular meetings and scheduling for Creative Workspace, a community arts centre in Withywood, a deprived part of the city. I’m chair of the local community partnership, Action Greater Bedminster, and have run consultation sessions on issues such as planning, transport and recycling. I have built relationships with the council, residents and organisations to help inform and enable the community. I worked for Playing Out CIC for two years, organising events including the 5 year anniversary party, promoting the concept at events, meetings and with groups and schools, and working closely with residents. I managed a small team of activators for 6 months and there were 100 streets in Bristol that had played out by the time my contract finished.

Project Owner: Ellie Freeman The Project Owner takes legal responsibility for receiving and spending the funds raised and ensuring the project is delivered.