By HQ CAN Community Interest Company

We will deliver a 12 week music / multimedia project working with young men to promote positivity, provide mentoring, create music, and a documentary showing the consequences of violence from different perspectives. In doing so, we will share powerful messages that will make local youth think twice before resorting to serious violence. We will recruit young people at risk of getting involved with serious violent crime and teach them how to produce music and film by giving them the chance to create a hard-hitting short film centred around young people, the potential pitfalls and consequences of carrying knives and different scenarios of what can happen. We will start with workshops and talks from people who have been through similar things then storyboard and make the film and music which once completed will have a screening and celebration event at the Phoenix Cinema. The film will also be available to local schools & organisations working with at-risk youths.

Violent crime is a big problem not only in Leicester but all over the country. Young men especially are at high risk of being involved in anti social behaviour that can lead to knife or gun crime. This project will help educate and inspire change by providing positive activities and workshops run by well known community members, musicians and groups who have personal experience in this area. We will focus on showing the consequences of violent crime from all angles including talking to victims, families of victims, offenders and reformed criminals. The film will work with young men to create a powerful short film that will be targeted at young males to make them think twice before picking up a weapon or getting involved with serious crime. We will send this film to schools and organisations who work with hard to reach and at risk young people and also provide free tickets for the film screening at the Phoenix which will be a chance for them to visit the cultural quarter.


The project will be based from HQ, 38 Charles Street, LE1 1FB We will be targeting unemployed and at risk of offending 18-30 year old males from areas such as St Matthews, New Parks, Highfields, Beaumont Leys as well as people who may not have a fixed address. We will reach our target group through referrals from other organisations, by utilising our strong social media presence, through word of mouth and also inviting past project participants who fit the eligibility criteria. Lead mentor / project manager Yasin El Ashrafi (Prince's Trust Mentor Of The Year 2018 /received a Prime Minister's Points Of Light Award 2018) has witnessed a friend being stabbed, has lost friends through stabbings and shootings and also has friends serving long prison sentences for murder or attempted murder. Mentors / Facilitators -Conrad Smart - Harri Georgio - Alexander Saunders all have experienced similar issues. We will also be bringing in external speakers who have been victims or perpetrators. 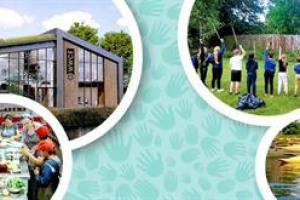 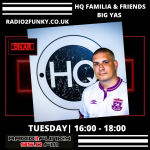 HQ CAN (Creative Arts Network) is a social enterprise set-up by a group of like-minded individuals with a passion for music & urban arts who wanted to reach out to pro-actively tackle many modern problems in Leicestershire communities, especially deprived Leicester City neighbourhoods. HQ CAN successfully delivers music technology based workshops with creative training / mentoring programmes that have helped to engage & re-motivate many local NEET (Not in Employment Education or Training) individuals & vulnerable adults back into work and/or education through instilling strengthened practical & social skills to lead more productive, community-minded lives.

Project Owner: HQ CAN Community Interest Company The Project Owner takes legal responsibility for receiving and spending the funds raised and ensuring the project is delivered.