St Mary's Church is the main parish church for the town of Bideford, Devon. The clock has stopped working and requires repair. We want to appeal to the town to contribute by crowdfunding £10K.

St Mary's Church is the main parish church for the town of Bideford, Devon. The clock has stopped working and requires repair. We want to appeal to the town to contribute by crowdfunding £10K.

St Mary's Church is the main parish church of Bideford in North Devon. It is situated near the the River Torridge and overlooks the quayside and medieval long bridge that traffic still uses today. The church hosts all civic ceremonies such as Mayors service, Remembrance and Christmas Eve services and has close links with all the schools. The clock on the church tower has stopped working and requires repair. The church is of cultural and historical interest as it is believed that one of the first native American people was brought back to England by Sir Richard Grenville in 1586. Raleigh, an Algonquin Indian from Roanoke Island, as he was named was later buried here in 1589.

The clock is the main clock for Bideford town so needs to work and tell the correct time. It will also be illuminated at night once again. It can be seen in many photographs of Bideford used to promote the town for tourism. The church is of cultural and historical interest as it is believed that one of the first native American people was brought back to England by Sir Richard Grenville in 1586 and was later buried here in 1589. Bideford is located in an area of outstanding natural beauty (AONB) in North Devon, many people come to the area for tourism to enjoy the beautiful beaches, river and countryside. The church clock can be seen from the River Torridge and the main road leading into Bideford, and the Tarka Trail which is used by cyclists and walkers. Many people also come to Bideford to see the new bronze statue of Tarka the Otter which is located on the quay side by the River Torridge. 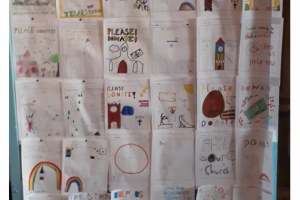 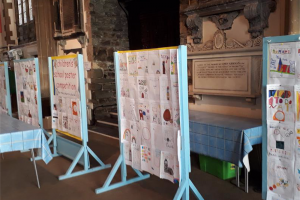 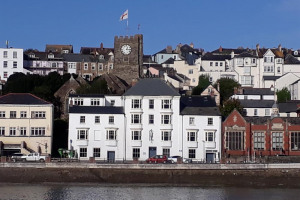 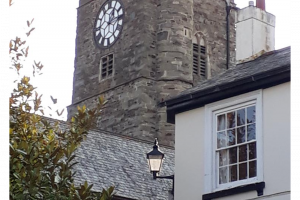 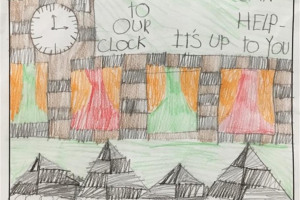 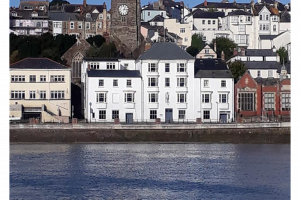 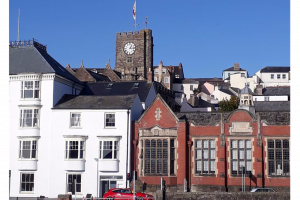 We've hit our target, brilliant result. Thank you to the North Devon Journal and The North Devon Gazette for their excellent coverage. St Mary's Church would especially like to thank Bideford Town Council, The Bridge Trust and Philip J Milton Charitable Foundation for their support and of course YOU...our very generous Bideford Community who have made this happen. You are amazing!! 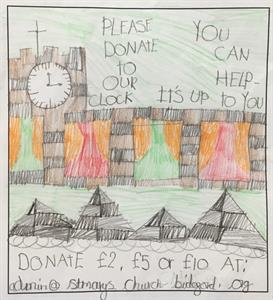 The winner of our school poster competition to repair the clock was Charlotte Simcoe, age 10, from St Mary's CofE Primary. There were 126 amazing colourful entries that brightened up the back of the church. Please keep donating - only £700 to go.... 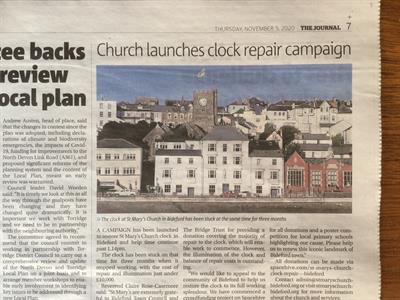 Brilliant coverage in the North Devon Journal this week, many thanks to all of who have supported us so far...just the last £700 to go. Please keep sharing with family, friends and colleagues... 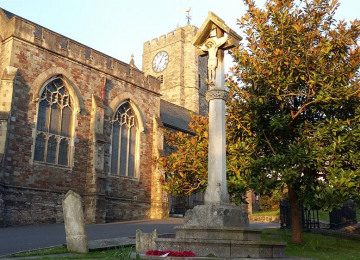 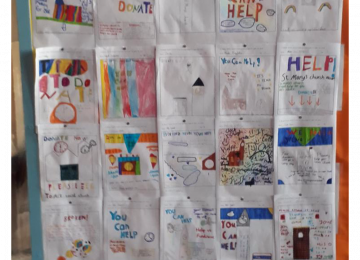