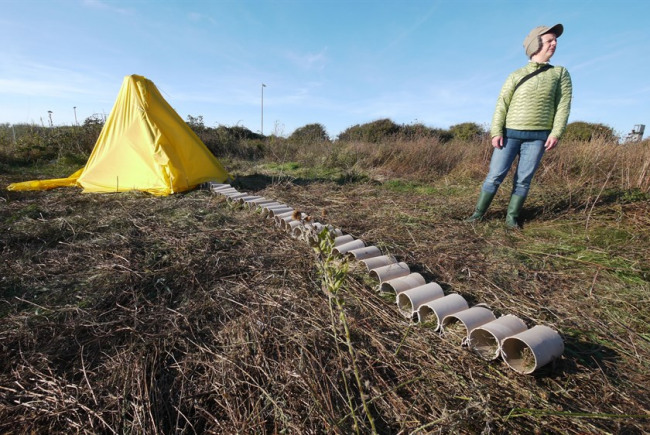 We want to build shared community growing spaces in Barrow in Furness based on permaculture principles, ensuring a holistic approach to sustainable, ecologically sound horticulture, art and design.

We want to build shared community growing spaces in Barrow in Furness based on permaculture principles, ensuring a holistic approach to sustainable, ecologically sound horticulture, art and design.

Our community consultation events have demonstrated the need for a new, inter-generational self-managed community growing space in the town. We have been given a 1.5 acre site by Barrow Borough Council for a pepper corn rent to base the project upon and now want to deliver a community engagement strategy through which we will grow the community’s knowledge of, and skills in, permaculture by:

* Delivering a two day training programme for up to 20 adult volunteers;

* Organising two day long visits to other exemplar wild flower sites in the North West between April and June for the volunteers;

* Organising a one day celebration event in October which celebrates what they have achieved.

It’s a great idea because it much more than a traditional allotment: our community space will be developed along principles of permaculture, ensuring a holistic approach to sustainable, ecologically friendly horticulture, art and design.

We are committed to this as a long term project during which we will support the management group to build its confidence and capacity so they can continue to collaborate with artists and horticulturalists to create a new, contemporary spaces which reflect the diversity of our native wild flowers.

Nurturing the volunteers, their management group and welcoming new people regularly to the project will be critical for its long term success . We will achieve this by ensuring the benefits to individuals and communities are regularly documented and communicated to as wide a range of audiences as possible.


Art Gene is a registered charity which specialises in working with the communities of Barrow. We are committed to long term processes of community regeneration of the social, natural and built environment which we do by building in-depth, long-term relationships with communities, clients, stakeholders and partners through the use of art and design.

Our community consultation events have demonstrated the need for a new, inter-generational self-managed community growing space in the town. We have also identified over 30 Barrow residents, some with multiple health and social needs, who are interested in leading and participating in the project.

We would welcome support in growing our group as follows:
Team Building: skills in how to build and sustain teams,
Marketing and promotion: skills in promotion and communications,
Site development: advice on how to sustain a wild flower sanctuary Awarded an MBE for services to arts based businesses in 2012, Nick is passionate about generating culturally inspiring and socially engaging creative businesses both nationally and internationally.

Having completed a B.Sc. in Biochemistry at the University of Leeds in 1981, Nick then took the  not-so-obvious step into the world of theatre and worked as business manager for Black Theatre Co-operative, Tara Arts Group and Talawa Theatre in London.  He then established his own youth theatre back in Leeds, Bramley Stop Theatre, before moving to Liverpool to establish the Hope Street Project at the Liverpool Everyman Theatre in 1989.

In 1994 he was appointed Head of Community Arts at the Liverpool Institute of Performing Arts (LIPA), during which time he gained his M.A. in Screenwriting. Eight years later he established the Aspire Trust, the Merseyside based international arts education business, during which time he completed his Ph.D. at the University of Hull, supported by a unique scholarship from Creative Partnerships. He was subsequently awarded Honorary Fellowships in Education at the University of Hull and University of Tasmania, Australia.

In recent years he has been especially focused on designing and delivering a range of business start up programmes within the creative and cultural sectors on behalf of Liverpool Vision and the Liverpool Chamber of Commerce.

He is currently Artist Project Manager with the Cumbria based arts and design company, Art Gene and  has been leading on the Seldom Seen of Morecambe Bay,  Fort Walney Uncovered and Sheds programmes. until June 2015.

Whilst  based in the UK, he has developed a range of international partnerships with partners in Australia, Bulgaria, Germany, India, Nigeria, Norway, Oman, Portugal, Serbia, South Africa and St. Lucia all of which have the interplay of creativity, enterprise and education at the heart of their work.

Project Owner: Nick Owen The Project Owner takes legal responsibility for receiving and spending the funds raised and ensuring the project is delivered.

Contractor: Art Gene The team responsible for building or installing the project.