The Reza Community Orchestra is for people of all ages and abilities. The orchestra needs to raise funds to continue running rehearsals and concerts from September 2019 - June 2020.

The Reza Community Orchestra is for people of all ages and abilities. The orchestra needs to raise funds to continue running rehearsals and concerts from September 2019 - June 2020.

The Reza Community Orchestra was set-up in 2015 and is a unique community orchestra for people of all ages and abilities to come together to make music and perform under the expert guidance of professional musicians Ensemble Reza and conductor Steve Dummer. Since 2015 over 250 musicians from Mid Sussex have taken part and currently the orchestra has over 100 members from 4-84 years. We need funding to ensure we can run the orchestra from September 2019 -June 2020. Funding will cover venue hire, insurance, publicity, music arrangements, photocopier and for the time of our fantastic conductor Steve Dummer. Players are literally dusting off instruments and joining friends and family to play in the orchestra. With the support from an expert team of professional musicians the orchestra is a safe and friendly environment for both adult and child beginners. This multi-generational orchestra is truly special for bringing together a diversity of people in a uniquely musical way.

Have you: Regretted giving up an instrument which is now gathering dust in the attic? Thought 'I'd like to take up an instrument' but think it's too late? Got a child who is struggling to practise as they do not play in a group? Got a child who is really keen to play with others but cannot find the right group? The Reza Community Orchestra is the answer to all of these questions. The professional group Ensemble Reza offers players a supportive and fun professional environment for musicians regardless of age and ability and has been an inspiration to players and audiences. 'I haven't played in an orchestra for many years and this is a fun and safe place to get back into playing and I can play with my daughter' Emma: 'This orchestra has been my inspiration. I have enjoyed the camaraderie and sense of belonging' Richard. 'It’s great fun. Love seeing how much the children get from rehearsing with adults and professionals. Has renewed my daughter’s interest in the cello' Marie


Feedback from other players: ‘Other instrumental teachers who didn't personally take part, have told me that the improvement in their pupils' playing, and especially confidence, is marked, and encouraging.’ Andrew Thurgood (Ensemble Reza violinist) ‘It's by far one of the best activities Ellie has done. The benefit of coupling her music lessons with the orchestra experience has improved her competency immeasurably.’ Kate ‘Your organisation is second to none and the whole atmosphere is extremely supportive.’ Adrian ‘it's very hard for adult beginners to find groups/orchestras to play with’ Jane ‘I enjoyed a chance to play in a group when my playing isn't the right level for other orchestras’ Elspeth ‘The REZA Community Orchestra is wonderful to experience, such motivating, inspiring and inclusive music being made’ ‘Great atmosphere, music, singing and everyone enjoying themselves’ ‘joyful sense of community embracing all age groups – how lucky we are in Haywards Heath’ 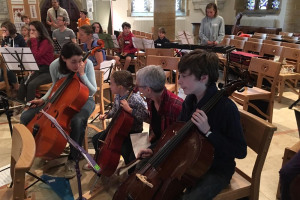 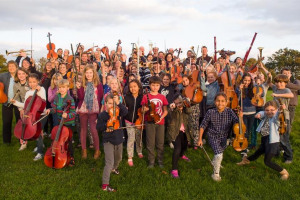 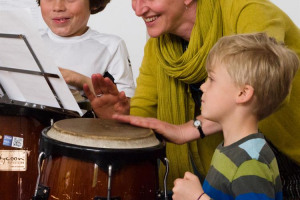 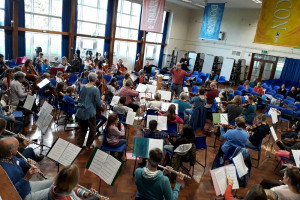 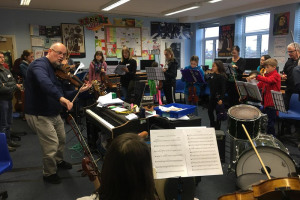 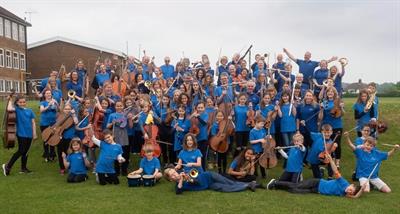 Thank you so much for all your support! We have just reached our target and the Reza Community Orchestra has funding until September 2020. If you have not yet enrolled to play this Autumn, please visit our website: http://ensemblereza.com/community-orchestra. Have a great summer! 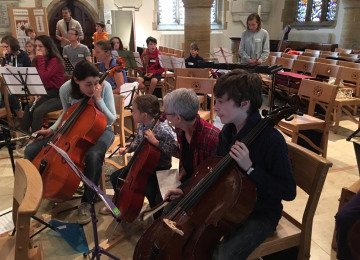 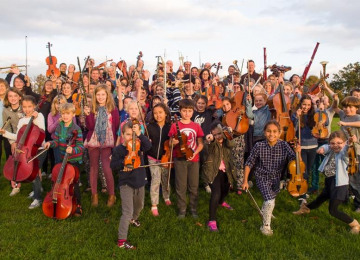 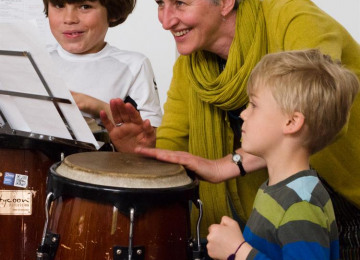 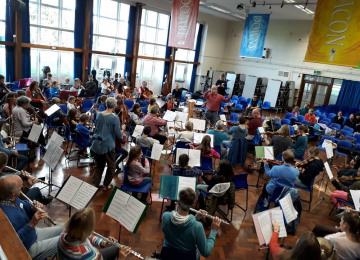 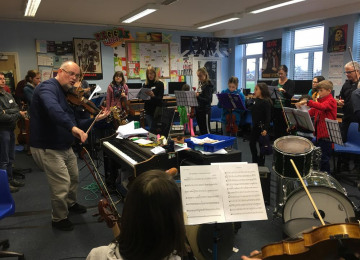 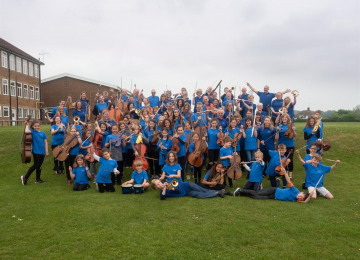 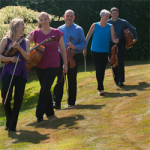 Based in Mid Sussex and founded over 6 years ago by close friends, Ensemble Reza aims to take chamber music of the highest quality to local audiences.  The group has developed an exciting, diverse programme of concerts and community/education workshops to inspire audiences of all ages, nurturing every musical journey.

Ensemble Reza is at the core a sextet (two violins, two violas and two cellos), however can include any combination of string players from soloist to octet.  Ensemble Reza’s virtuoso and passionate performances combined with informal and welcoming concerts attract large and supportive audiences.

Individually, group members have performed worldwide with renowned orchestras such as the London Symphony Orchestra and the Royal Philharmonic Orchestra. Repertoire includes music from classical composers to contemporary world premieres, and also arrangements by members of the group of different music genres including baroque, tango and jazz.

'It was wonderful. Real privilege to hear such outstanding music on our doorstep.' J Harrison

‘They are in a league of their own, absolutely thrilling… Their music sounds so spontaneous as if improvised and is also such a delight to watch with their frequent exchanges and obvious enjoyment’ A Turrall

Ensemble Reza became a registered charity in 2014. Charitable activities have been designed to reach a varied demographic across our local community and include free monthly lunchtime concerts, an evening concert series, family concerts, workshops and masterclasses in mainstream and special educational needs schools and a community orchestra for people of all ages and abilities.

For more information about all our programmes visit:

Project Owner: Ensemble Reza The Project Owner takes legal responsibility for receiving and spending the funds raised and ensuring the project is delivered.