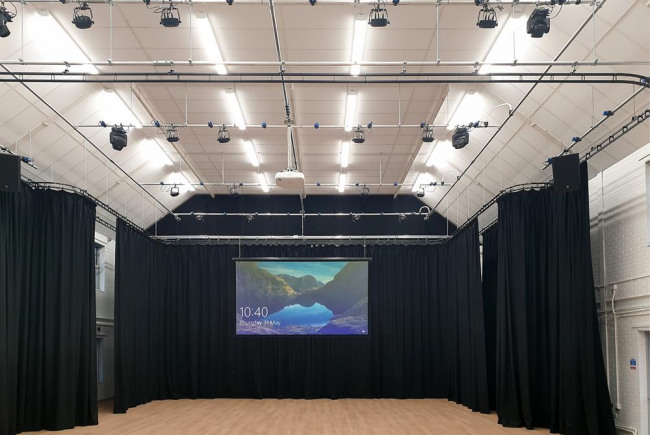 By The Victoria Institute Arundel

We have an old Billiard Hall built in 1901 at the back of our Institute. We want to turn it into a multi-functioning space - theatre, cinema and community hall.

We have an old Billiard Hall built in 1901 at the back of our Institute. We want to turn it into a multi-functioning space - theatre, cinema and community hall.

An old Billiard Hall in Arundel that has been used in a variety of ways since it was purpose built in 1901needs to be moved into the 22nd Century. Quite early on the billiard tables were moved out and for many years it operated as a dance and disco space with a popular bar. However revenues declined and basic services started to break down. A Members Club which ran the space was forced to shut down. Eventually a small theatre group - Drip Action Theatre - took over the space and transformed the disco hall into a small 40 seater theatre. The group is very successful but can only support 3 or 4 productions a year. Equipment is old and makeshift, the seating is ancient. The vision is to upgrade the theatre space whilst at the same time build in flexibility so a whole variety of activities can take place. We also want to make the space as COVID safe as possible which involves reorganising the outside spaces next to the Hall

Upgrading the space will significantly improve what the town can produce culturally. Not only will the resident theatre group have a better home, modern equipment will attract other theatre groups in to perform. Being able to switch easily into cinema projection will produce a 50 seater able to show both blockbuster and more niche art cinema productions During the day the space will transform into a light and airy space ideal for dance, exercise and other community activities


The enhanced space will help transform and old and much loved Institute in the centre of town into a vibrant cultural centre not only able to stage local productions but also able to offer the latest films and streamed productions. The space would also brilliantly support creative classes for the 2 primary schools in the town and a series of masterclasses for adults 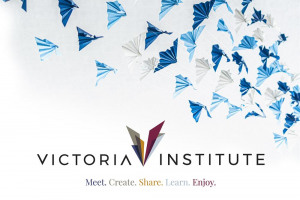 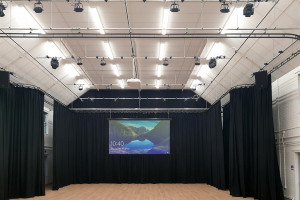 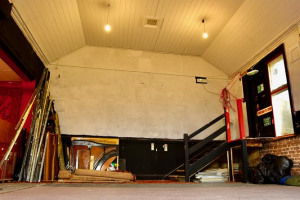 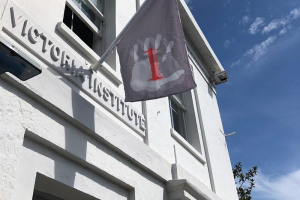 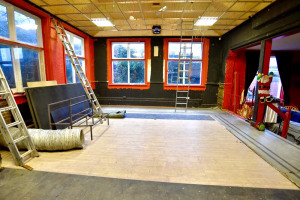 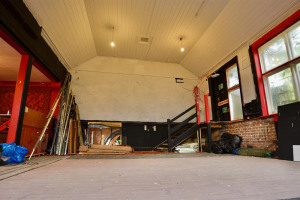 A number of very kind benefactors have allowed us to reach our financial target so we can now draw down some of the money so kindly pledged. A very big thankyou to everyone who has pledged money to our project - it is so much appreciated. The project of course is not complete yet - we are waiting on our curtain man - Jon Collins - to come and fit them soon. We are also hoping to transform the floor soon. We still have a long way to go but thanks to you and your pledges we are going to make it happen! We must also thank Terry Dove - our main builder/decorator/wise professional fix it man who had done so much to keep this project running. Other people deserve our thanks too - Bill Brennan, John Nurse, Saskia Snel and Cora Gillies - they are all stalwarts in the team who give so much of their time to the project. I personally cannot thank them enough. John Paton Chairman. 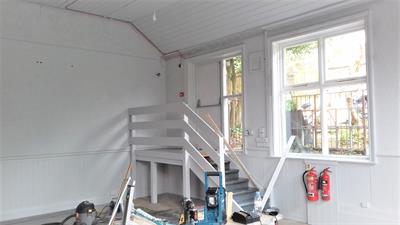 A better view of the new fire door and latest window 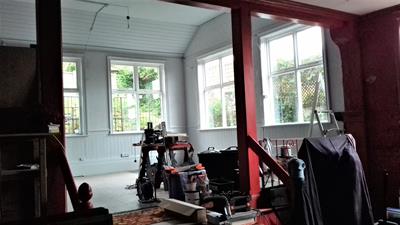 So nearly there! Our master builder/decorator/repair shop maestro Terry Dove has almost completed the final painting. Ian Pendle of Roundstone Joinery put in the last windows and a magnificent new fire door last week. We are so grateful for all the hard work and exceptional craftmanship that he and his team have given us. Terry continues to be a power of strength too. Jon Collins of Stage Services will come in during June to fix the curtains and light bars. The room is already magnificent and will be a great joy once finished. 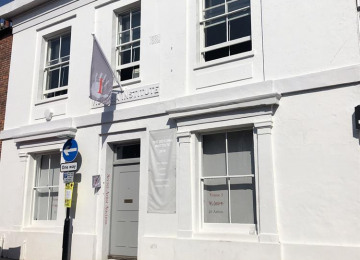 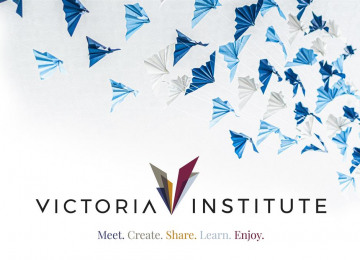 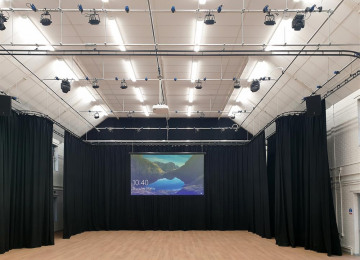 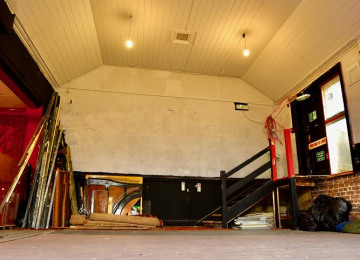 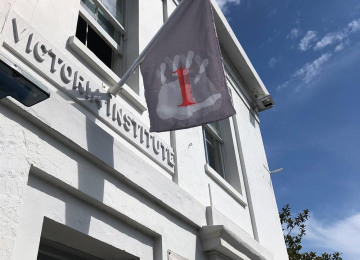 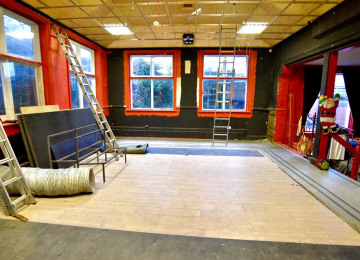 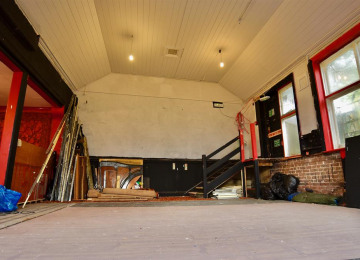 We are both a Company limited by guarantee registered at Company House and a Charity.  There is a Board of 9 Trustees and a small Management Committee of 5

The building is managed under an assigned lease of ownership by Arundel Town Council.

Project Owner: The Victoria Institute Arundel The Project Owner takes legal responsibility for receiving and spending the funds raised and ensuring the project is delivered.

Contractor: Stage Services Ltd The team responsible for building or installing the project.