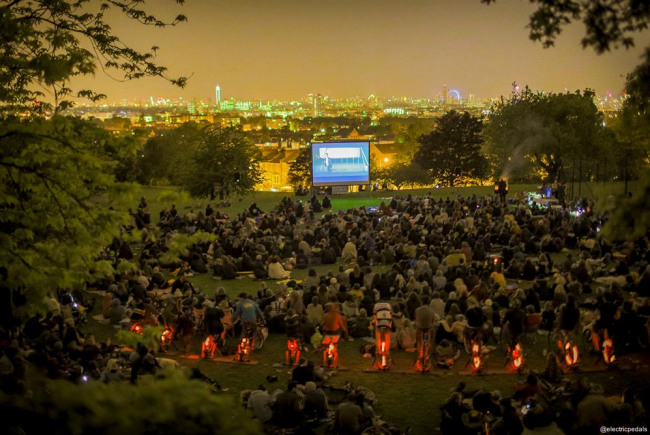 NXDFFF 2017 will offer 30 free film events over 10 days, organised by and for local people. The festival is a great way to bring people of all ages together to watch films in community venues.

NXDFFF 2017 will offer 30 free film events over 10 days, organised by and for local people. The festival is a great way to bring people of all ages together to watch films in community venues.

NXDFFF has been going since 2012. We like to start and end our festival with a party – a music related film followed by DJ’s. The festival is also top and tailed by open-air bike powered screenings – one in New Cross and one in Deptford. In between anything goes - there are documentaries, short films, mainstream family favourites, nostalgic matinees and low-budget independent shorts. The festival is run entirely by volunteers made up of local residents, students and community groups. Every year the festival welcomes new contributors with great ideas for new film events and venues across New Cross and Deptford. We like to team up with a variety of businesses and community organisations to keep things fresh. We usually have about 30 people organizing and curating individual events with the help and guidance of a core festival team.

Everybody loves film! Free films are a great way to engage the community. Over the last four years the festival has increased its audience year on year and made connections and nurtured partnerships with many local organisations, businesses and individuals. The NXDFFF now has a certain amount of name recognition locally and is increasingly a valued annual event on the New Cross and Deptford cultural calendar. The NXDFFF core group encourages volunteers to take on various tasks and learn new skills in event organisation, media communication, technical set up, print design and copy writing etc. The festival continues to grow and this year we aim to create more opportunities for people in our diverse community to come together through a shared love of cinema.


The New Cross and Deptford free film festival is gearing up for its sixth year with a programme that has something for everyone. If we are successful in raising funds we would like to use some of that resource to reach parts of the community who do not have access to the internet. We are aware that there are sections of our local community that are hard to reach. Funding would enable the festival to collaborate with local organisations who may want to be involved in the festival. A longer term aim is to create a series of free film festival training workshops for communities who want to set up their own festival. 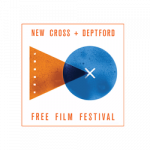 NXDFFF is a volunteer-powered community group dedicated to bringing exciting and innovative free film events to New Cross and Deptford. 2017 will be our sixth annual festival and we are aiming to bring our usual mix of interesting films in unusual venues combining music, politics and bike-powered fun. We have established excellent working relationships with a wide range of venues in the area including pubs, churches, arts orgnaisations and community groups and will continue to reach out to new participants and audinces.