By The Old Bath House and Community Centre Wolverton Delivery

By The Old Bath House and Community Centre

A simple solution to wasting less through the sharing of good quality food to benefit the people of Milton Keynes.

A simple solution to wasting less through the sharing of good quality food to benefit the people of Milton Keynes.

Food waste is a big issue in the UK. The average household throws away 470 pounds’ worth of food each year, while 4.1 million people across the country are living in food poverty. One in five children in Milton Keynes live below the poverty line. This is unacceptable. MK Community Fridge will offer one solution to help reduce this problem in Milton Keynes. MK Community Fridge is two fridges and one freezer located in the foyer of The Old Bath House and Community Centre, Stratford Road, Wolverton and available to access from Saturday 1 July. The fridges will enable residents and businesses to share surplus food and for anyone to help themselves to quality food that would otherwise be wasted.

MK Community Fridge is a solution to cutting food waste, building stronger bonds within our community and redistributing perishable food to those who need it most. By successfully setting up and sustaining MK Community Fridge in Wolverton we can lead the way for other fridge projects across our city.


Your support will help secure a long-term future for MK Community Fridge beyond the initial pilot project. This funding will help run the fridges more effectively with funds to do outreach, make collections and share the project more widely with the people that need it. The fridges aren’t just about reducing food waste, they’re an opportunity to gather as a community, share our experiences, skills and valuable resources that might otherwise be wasted. 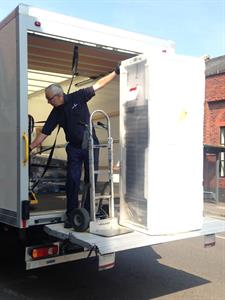 All systems go for MK Community Fridge. Dave delivered our fridges yesterday... and today Our MK helped us smash our target for outreach funding. So happy. Thank you everyone! 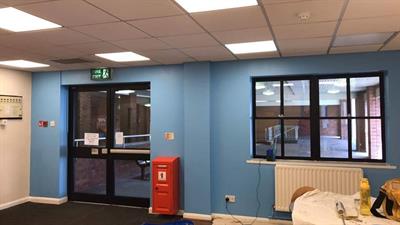 Preparation is under way to transform the foyer of The Old Bath House and Community Centre into our colourful community fridge. Special thanks to Helen and Candice who have been busy bees cleaning and painting today. Work will continue this week and through the weekend. Come and say hello if you're local. 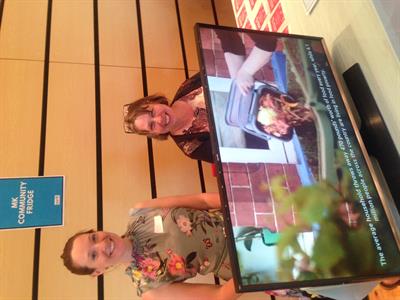 Day one has been truly amazing. Thank you. We have already been astounded with your generosity, support and kindness.

The Old Bath House was built by the London and North Western Railway Company as a public bath house for the railway Works and the town of Wolverton in 1890. It replaced the old Green Lane baths which had been found insufficient for the increased population. It was built on a piece of land between the Finishing shop and the Horse Box Repair Shop.

The baths served both the railway workers and the people of the town as most of the houses were built without bathrooms and a tin bath in front of the fire was the norm. The tin bath would usually be stored on a hook in the wall in the back yard and brought out once a week.

In 1992 Tesco gained planning permission to build a new ‘superstore’ in Wolverton. As part of the planning gain it was agreed that Tesco would build a community centre which would be along Stratford Road in front of the store and attached to the Old Bath House which was refurbished for Living Archive, a documentary arts organisation.

The building and land is owned by Tesco but there is a ninety-nine year lease at ‘peppercorn’ rent with Milton Keynes Council. The community centre is managed by a voluntary Management Committee formed from the original user groups and Wolverton Residents.

The community centre was fitted out with a grant obtained from the Foundation for Sports and Arts with monies raised from Littlewoods, Vernons and Zetters Football Pools.

It was opened by Rose Hill and Kevin Whateley on the 15th May 1993.

The centre continues to serve the community with an array of local groups using the facilities, and its rooms available for hire.

Project Owner: The Old Bath House and Community Centre The Project Owner takes legal responsibility for receiving and spending the funds raised and ensuring the project is delivered.