By Friends of Telegraph Hill Park

Restoration of the Meadow Area in Telegraph Hill Park, making a rich habitat for "Forest School" use. Full bio-diversity for wild-life and children to enjoy. Plus a tough surface for the play area.

Restoration of the Meadow Area in Telegraph Hill Park, making a rich habitat for "Forest School" use. Full bio-diversity for wild-life and children to enjoy. Plus a tough surface for the play area.

Our park is the heart of our community and the fenced space by the ponds the heart of the park. We want to make this beautiful with meadow flowers but still keep it accessible and safe for "forest school" sessions where the adjacent Playclub and local nurseries can bring their children to get up close and personal with the bio-diversity we will create. Such a wild-life haven will delight the eyes of everyone walking through the Park and the rich insect-life provide a food source for birds and the resident bats. The younger children's play area in the park is so well used and well loved that the ground surface needs some toughening up with exciting sounding TigerMulch. The second stage or our project is to get the funds to pay for this permanent improvement to the Park's play facilities. If we can raise enough money - we aim also for an awning for the south side of the Playclub to diversify their outside space.

The restoration of rich meadow-land in the fenced area by the pond will create greatly enhance the facilities of this local park. In an inner-city area where many of the houses are converted into flats without garden space it is important for our children to have access to wild-life habitats. This project and the links being created with the Playclub and others such as Oakhill Community Nursery facilitates this. Likewise the younger children's play area, created as part of the lottery funded parks restoration project 20 years ago, has been a victim of its own success with very heavy usage degrading the grass, turning it into a mud-bath in prolonged wet weather. The proposal to resurface this space will make it an all year round creative play resource for local families. Conversely the south wall of the Playclub is a sun-trap in summer, and with extra funds an awning would provide UV protection and make this space usable, adding to the facilities of this volunteer managed building.


A small sample of the fabulous support on our local Facebook page. Such a lovely idea. We were just walking through the park, admiring the wildlife and wondering what’s happening to the children’s play areas - all parts of both parks much loved and appreciated! Yes! I’d love to see a wildlife meadow, to have some rich biodiversity at the centre of our community Great news - local parks are even more valuable in lockdown! Such a great idea, especially at a time when every opportunity to encourage biodiversity matters. So many benefits all round! What a fantastic idea! More wildlife and beauty please As well as being pretty, a meadow will be helping all the insects that are in decline An important addition to the park as the parks need more pollinators in general We need meadows in such a densely built-up area. I fully support this! I support this idea. Especially important in this new dystopia we find ourselves in This would be SO amazing. Fully support! 100% behind this - nice one. 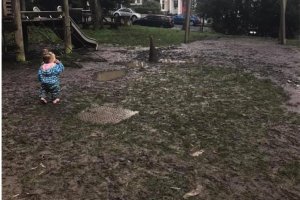 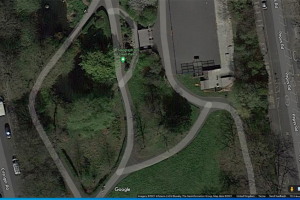 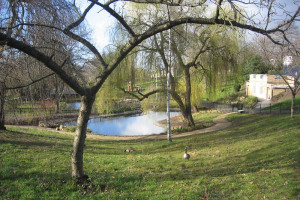 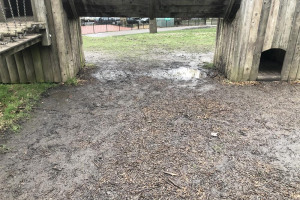 Well used Victorian park with a classic design serving neighbourhood needs where many dwellings are flats without gardens. 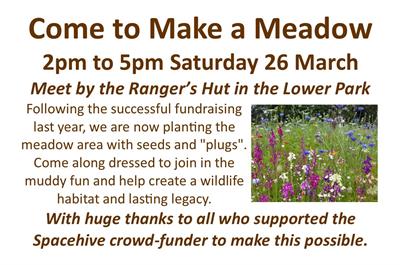 After long delays in starting the works on the Children's Play area planned for last autumn, these have now been done - bar the reseeding of some of the grass. Rain on, we can now cope with it! Then as one of the first events in the Telegraph Hill Festival we are having a meadow-making afternoon. Saturday 26 March 2pm to 5pm. Open to everyone to put on suitable footwear and come along to help or just watch. Under expert guidance we plan to be planting the special meadow seeds we've purchased with the monies raised and also and putting in "plugs" - partially grown plants to really get established quickly. Then it is a matter of watching this space while nature takes its course and having a celebratory event in the summer.

Just realised this could well go into people's junk folders and be delayed. I therefore need to clarify that the meeting is/was Tuesday 7th December at 8pm in the Hill Station, Kitto Road. We do apologise for the short notice.

With apologies for leaving things quiet for so long when activities were promised this autumn. We have been talking (intermittently) with Glendale over the past couple of months, but dates have obviously slipped. However we hope to get some definitive idea at the quarterly park users meeting tomorrow and this message is to invite you also to attend. These meetings are publicised to all on the Friends' mailing list and are open to anyone. 8pm in the Hill Station - but come dressed up warm as the doors will be open for ventilation

The checks and balances in activating the automatic systems between Spacehive and Go-Cardless to take the direct debits you have all kindly pledged to this project have entailed several busy people having to liaise and confirm details. But things are now in train - so thank you for waiting, and the monies will soon be taken into the Friends' bank account. Glendale, the Parks Management Company and Project Managers, will then schedule the works and, when the proper time comes round in the autumn, we get started.

We've reached the target sum (with a few days to spare) and are now into "overfunding". We have, though, allowed for this and are so close to the campaign closing date (next Tuesday) that we will not halt things now and call in the pledges early. Spacehive will inform you when the campaign is stopped on the date scheduled, but we just wanted to get in first to say a big "thank-you" to everyone and express the hope that you will leave things set up to receive up-dates so we can tell you from time to time how the works are progressing and invite you to meadow-planting events and such-like. Very best wishes and, again, many thanks.

"We're there!" is how we started the update this morning, but we've just realised that the "title" to the update does not come through on the messages sent to backers who have opted in to be kept informed. Although the scales are not yet tipped over on the Spacehive page we have in fact reached the target, and with more than a week to go. Some donations, from those who don't like the idea of a direct debit, have been going into a Just Giving page with Bold Vision, a local charity acting as an umbrella organisation, and enough funds are there waiting to be moved across if necessary. Hence the definitive statement as the title to the update this morning, which then got left off the email the system sent to you all. So, repeated thanks to everyone, and hope this clarification helps. 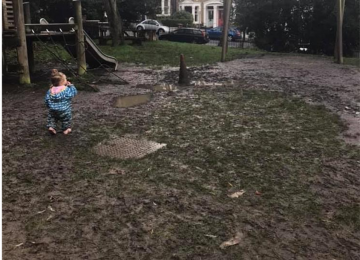 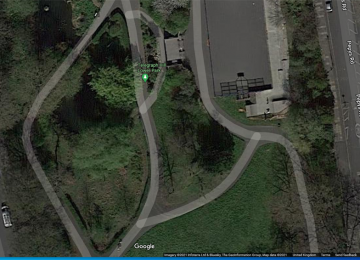 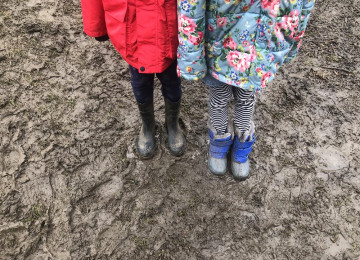 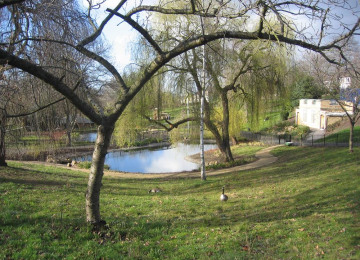 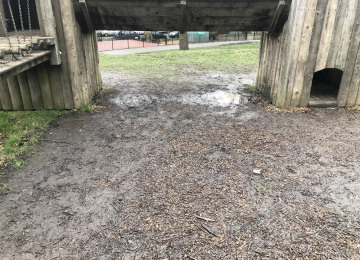 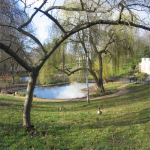 Friends of Telegraph Hill Park is an unincorporated association established over 20 years ago when the local council partnered with local residents to put in a lottery bid for a £1.4m anniversary restoration of the classic Victorian park designed by JJ Sexby which had been seriously degraded over the latter half of the 20th century.

This significant lottery funding  was obviously handled through the local council but the Friends of Telegraph Hill Park remains an indepdendently constituted body with its own a bank account for general fundraising (e.g. if people link through the website to Amazon the group earns commission).  It holds quarterly meetings open to all residents with representatives from the park maintenance contractors, Glendale, and the council and has a good working relationship with these bodies and the local Ward Councillors.

Friends of Telegraph Hill Park mounts exhibitions and displays of the restoration project and its current work in a local annual festival and has a Facebook page, Telegraph Hill Park Voice, with 174 members, and key members of the group engage in discussion of park-related issues on the general Telegraph Hill Noticeboard with more than 8000 members.

It was the Friends of Telegraph Hill Park who, at the turn of the century when the restoration project was under way, established and managed the www.thehill.org.uk website with pages for the Parks, the Telegraph Hill Centre (a community centre adjacent to and associated with St. Catherine's Church), the Telegraph Hill Conservation Society and the Telegraph Hill Festival.  Active discussion forums ensured engagement with local residents but this format was effectively rendered obsolete by Facebook.  The domain name is maintained, as is the fundraising Amazon portal, but the website itself is currently undergoing a revamp.

The Friends of Telegraph Hill Park has set up this current fundraising intiative to reinstate a key element of the original restoration project, the meadow area, and to take the work done at that time on the younger children's play area a stage further with the provision of weather-proof ground surface.  Despite the size of the lottery grant unexpected snags were encountered in the progress of the works and some of the planned provision could not be undertaken.  We did not quite get to all we hoped to achieve and one of the corners that had to be cut was the use of grass matting in the Younger Children's play area rather than something more robust.

Contractor: Glendale Lewisham The team responsible for building or installing the project.