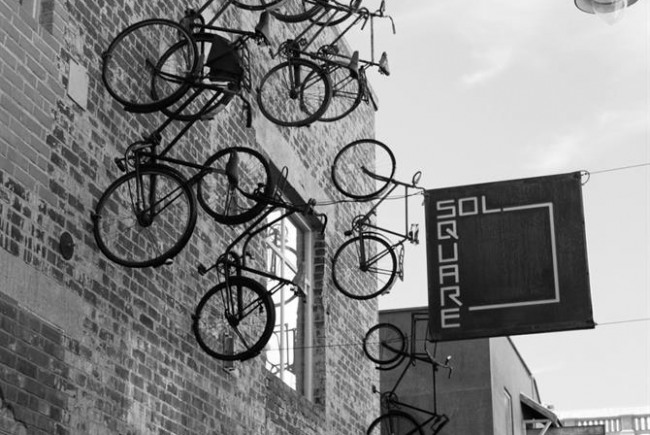 For Members of Leicester’s cycling community - past, present and future. Welcoming lifelong cyclists, those new to cycling or those just thinking about it – and their friends and families.

For Members of Leicester’s cycling community - past, present and future. Welcoming lifelong cyclists, those new to cycling or those just thinking about it – and their friends and families.

Our application for planning permission is being considered. In the unlikely event that this is not secured, no money will be taken from backers. The Cycle Cafe will be on the first floor of the Future Cycles shop on Market Street. We’ll also have tables to the front of the store on the ground floor. The cafe will be based around other successful cycles cafes such as 'Look Mum No Hands' in London. The interior will reflect cycling through the years but also the diversity of Leicester reflecting cycling in other countries. The food and drink will be locally sourced with a greater emphasis on sourcing completed products from local businesses, such as cakes. During the year we'll run events, we already hold the Red Light Comedy Festival as part of the Comedy Festival. We'll also screen the Tour de France, Giro de Italia and Tour of Britain amongst others. The venue will also be made available for cycling groups to book and use as a meeting point.

Leicester is a cycle city, the vision for increasing cycling and the rapid increase in quality infrastructure continues to encourage new cyclists. This venue builds on this offering a place to chat through ones experience, ask about new developments, or just revel in the wealth of cycling history and the understanding that cycling is a transport, health and environmental solution all in one. Our training programs are open to all members of the community, but typically during term time, we teach young people who come from a variety of backgrounds to be cycle mechanics at VRQ level 2. As cycling numbers increase, these people will be equipped with the skills to gain employment. We've employed young people, who have successfully completed the course and some also volunteer for us. These young people come from a variety of backgrounds and some are in care. Most have very poor attendance at school, but we consistently have a high 80's attendance rate, because of the inclusive environment.


We're already developing the shop front to have a number of bikes attached to the first, second and third floors as though they're riding to the heavens. This is our first step to make not only an interesting frontage but also to reinforce that cycling is now a big part of our city. Future Cycles offers bikes both new and used that aren't commonly found in other bikes shops, such as Cargo Bikes - these can also carry children and are ideal for parents on the school run or just for the family going out on a leisurely bike ride. Tandems - Not commonly seen as much as they used to be, but still lots of fun and can also be used for engaging those with slight disabilities or sight problems as they can be the stoker, but still enjoy the feeling of cycling. Tricycles - Ideal for those who have balance issues or vertigo, or you may just fancy something different. Recumbents - Even rarer on the roads that tandems, but a useful alternative to the typical diamond frame bicycle. 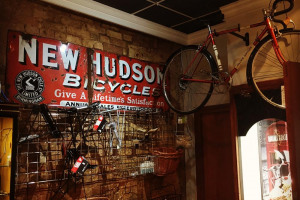 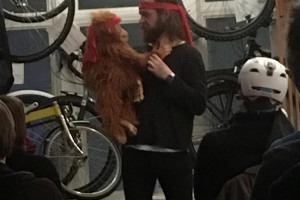 Drawing on journeys by bicycle around Europe and a record-breaking circumnavigation of the world Julian looks at how, by reimagining transport, we can transform daily lives in our cities, and beyond. Leicestershire-born Julian, turned to writing in 2014 with Life Cycles his first book describing a self-supported ride around the world in 2009. His second book Messengers describes life as a cycle courier. Interstate, his third book, won the Stanford Dolman Travel Book of The Year Award. Details of his most recent book and other projects can be found at juliansayarer.com The presentation in Leicester starts at 6pm (Doors 5.30pm). Including book signing and an audience Q & A hosted by Ride Leicester 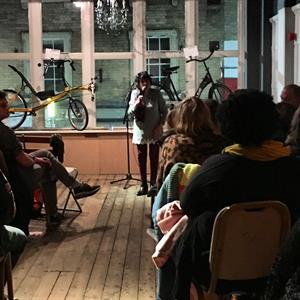 Our application has been verified, so now the hard work begins, we've sixty days to raise the cash. Please pledge yourself and ask as many as you know to do the same. Leicester will then have it's own cycling cafe. It won't just be a cafe though! The above picture is Lynn Ruth Miller at our Red Light Comedy Club every Saturday for the rest of February. She's set to return again for a comedy bootcamp so that you can become a comedian too. We'll also be having a talk by Julian Sayarer a Leicester lad who cycled the globe a few years ago. Plus they'll me music and lots more to follow. Tim - 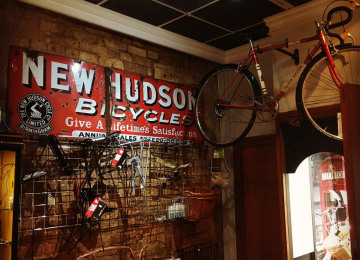 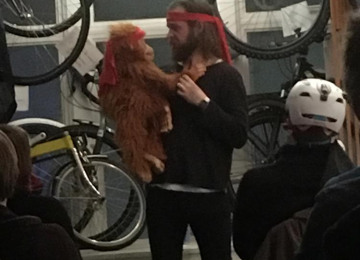 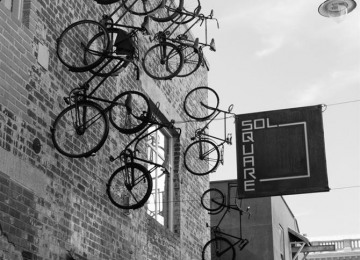 Future Cycles is a socail enterprise, our social aims are to promote cycling and work with young people, to support them in training and into work.

We run Leicester Bike Park in partnership with Leicester City Council a 120 space parking facility for bikes, with showers and changing facilities.

We have a shop on Market Street, offering an alternative to mainstream cycle shops focusing on recembents, trikes, tandems, cargo bikes and town bikes.

We also operate a cycle maintenance training facility at Pilot House on King Street. During term time we work with schools to train pupils as part of an alternative curriculum. Outside of these times we also offer training to the wider public.

Project Owner: Future Cycles The Project Owner takes legal responsibility for receiving and spending the funds raised and ensuring the project is delivered.