In 5 weeks, 4 local artists, 120 pupils from 4 Folkestone primary schools will play, create, and develop 4 virtual spaces that will transport the viewer into a world of unseen Folkestone history.

In 5 weeks, 4 local artists, 120 pupils from 4 Folkestone primary schools will play, create, and develop 4 virtual spaces that will transport the viewer into a world of unseen Folkestone history.

We currently have permission to use three out of four proposed sites for this project. We are currently in the process of securing the fourth and expect this to be confirmed within the next few weeks. No funds will be transferred to the project until written confirmation has been shown to Spacehive. The project will work with: 4 local artists,4 local primary schools 4 historical locations We will play, create and develop four virtual spaces that will transport the viewer into an immersive world of Folkestone's unseen local history. Encouraging people to leave their houses and participate and interact with arts and culture of their locality through engagement with the overall project. This in turn is intended to create potential positive social interactions which could support the growth of people’s mental health, due the the experience being delivered during a time when statistically we see a decline in people’s mental well-being.


Using a variety of different art forms, from dance to visual art, including digital, and auditory storytelling techniques the whole community will be able to access virtual spaces - enjoying their own individual immersive sensory experience as they scan their way through time. 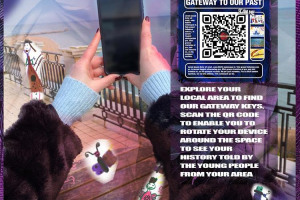 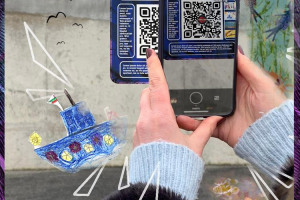 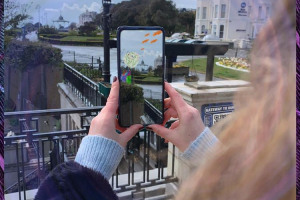 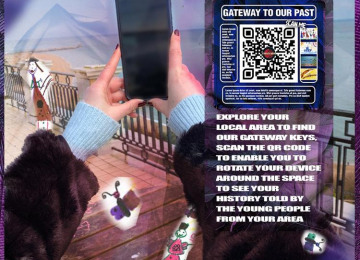 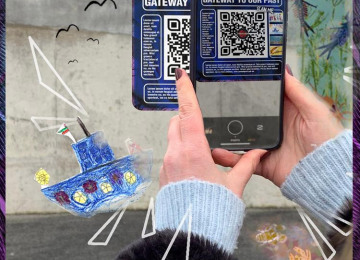 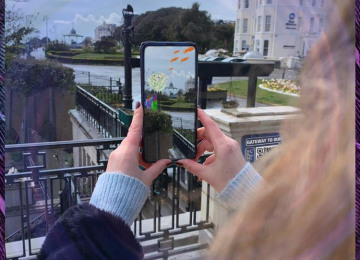 Cybersaur Arts is a new not for profit Digital Interactive Performance company based in Kent. As a company, we aim to provide bespoke interactive experiences that cross multiple art forms.

The company is led by two freelance artists James Middleton and Josh Garner.