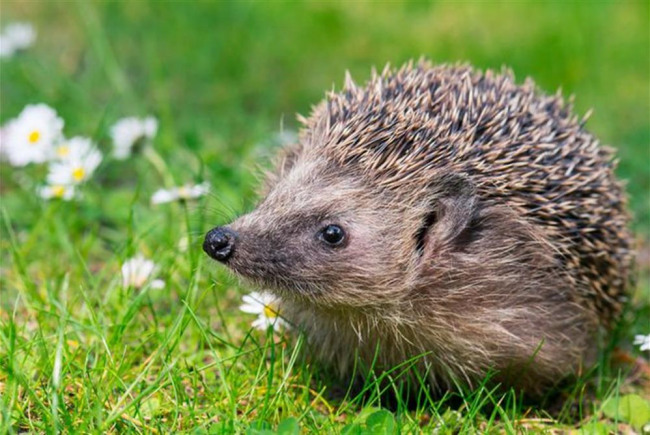 I am currently turning my gardens into a hedgehog Paradise and I am also a  hedgehog champion for the hedgehog street website.  I would get my whole street involved and become a hedgehog safety zone.

I am currently turning my gardens into a hedgehog Paradise and I am also a  hedgehog champion for the hedgehog street website.  I would get my whole street involved and become a hedgehog safety zone.

I am currently turning my gardens into a hedgehog Paradise and I am also a  hedgehog champion for the hedgehog street website.  I would love to get my whole street involved and become a wild hedgehog protection zone. I would love to get my neighbors to do the same and the back gardens become a hedgehog highway.  Our houses back on to a brook so it's an ideal place to live for our prickelly friends.  I would like to get a promotional pack together to give to people interested in doing the same in their gardens and turn our area into a hedgehog street.  Our group would do this by the distribution of recyclable information leaflets pointing the community to the hedgehog Street website and also providing pointers of how to help Hedgehog's survive and thrive. We would also provide local groups and business's with free information and pointers about the setting up of their own hedgehog street project.

Hedgehog habitats are in decline and the future is not too bright for this animal. The peoples trust for endangered species started a petition to make the government aware of it's concern and the response was amazing. The Government is concerned about the decline of the hedgehog. Whilst the reasons for the decline in numbers of this emblematic species are complex, we support efforts to make our gardens more hedgehog friendly and more friendly to wildlife generally and pollinators specifically. To encourage the involvement of local communities the Government recently published advice for homeowners in the form of five simple steps to make gardens more hedgehog friendly. This advice can be accessed at: www.gov.uk/government/news/five-simple-steps-to-transform-gardens-in-to-hedgehog-havens. The Braunstone town hedgehog project will help to further spread this advice and give communities a real base to start their own Flora and fauna projects. Promoting the project will help too

Petition success story! Hugh Warwick Oxford, ENG, United Kingdom 13 JAN 2020 — At last - a real moment of success for the petition. We have made one of the largest house builders in the country leap into the world of hedgehog goodness. It is hard to ignore 622,000 people with hedgehogs on their mind - at least that is what Bovis Homes have discovered. The lobbying work done by you all - and in particular those individuals who have made direct contacts with developers - has born great fruit. Here is what Bovis had to say: "In an industry-first initiative, Bovis Homes, part of the newly-formed Vistry Group, will install hedgehog highways to its existing developments and all future sites wherever possible, as part of a campaign that will also help other small mammals, birds, frogs and insects." We at the BHPS have been talking to Bovis for a while now - they even made a film to support their new campaign. I hope that they live up to their promises ... this is where your continued support will be so vital. Good words are easy to say - good deeds are another thing and it will be important that the eyes of hedgehog lovers are keen as they check that promises are met. The Times has picked up on the story today - here is what they wrote (strangely missing out any reference to you lot!!!) It is fascinating - I started this petition aiming it at government to try and get them to change legislation to help hedgehogs - and they sort of did a little ... more on that in the months to come - but it has been the developers themselves that have been most active. Are they leaping before they are pushed? I don't know. But I would be surprised if more don't follow soon. So this is not the end of our work - it is just the end of the beginning! Now that one developer has made the leap there is no good reason for other developers to not follow. So please - do not stop. Use this news to contact everyone you know in the developer world ... use it to chase your MPs and local councils - use it to make sure we create a better world for our wonderful hedgehogs. And thank you - all of you - there is no way this would have happened if you had not signed up ... why not treat yourself to a book in recognition of all you have helped achieve! 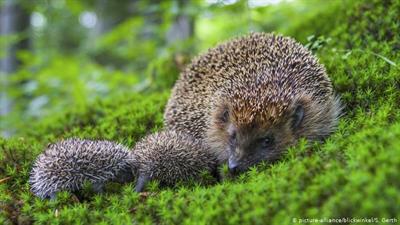 Hedgehogs threatened by loss of habitat and food in Europe The mammal has come under threat as humans destroy its habitat and kill off massive numbers of insects and invertebrates. The UK, for instance, has seen the population halved since the year 2000. Hedgehogs, Europe's only spiny mammals, are under threat due to a loss of habitat and food. The result has been declining reproduction, landing the creature on a range of endangered species lists. The main drivers of the decline appear to be linked to the agricultural industry. Large-scale farming has deprived hedgehogs of their natural habitat as farmers remove copses of hedges and trees in order to make way for ever-larger crops. Another problem is that of increasing pesticide use, which kills off the hedgehog's natural diet of insects and invertebrates such as worms and slugs. Other threats to hedgehogs include increases in road construction as well as walls and fences that limit their ability to migrate, harming their long-term survival by greatly hampering mating options. The loss of habitat is not limited to agricultural settings, however. Residential gardens have also become sparser in their design over the years. Manicured yards lacking bushes and hedges provide no space for hedgehogs to hide, nest, and hibernate. Chemicals used in residential gardens add to the threat, as hedgehogs either eat the chemicals themselves, or eat slugs or snails that have ingested them. Hedgehogs are, however, thriving in urban settings such as parks and arboretums

How will the money be spent?Total £502 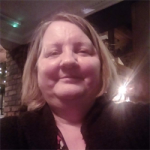 I am a 58 year old woman who is crazy about providing naturel habitats for Flora and fauna. I have suffered from a number of illnesses and now have reduced mobility but I don't let this stop me. My work background was community development and I love to motivate and encourage others to get involved. I am currently turning my gardens into a hedgehog Paradise and I am also a  hedgehog champion for the hedgehog street website.  I would love to get my whole street involved and become a wild hedgehog protection zone.

I have  also made my garden accessible to the prickelly people through gaps in my fencing, leaving the bottom of my garden semi wild and providing my visitor's with a home made house to winter in.

I would love to get my neighbors to do the same and the back gardens become a hedgehog highway.  My house backs on to a brook so it's an ideal place to live for our prickelly friends.

Project Owner: Kim Sherriff The Project Owner takes legal responsibility for receiving and spending the funds raised and ensuring the project is delivered.