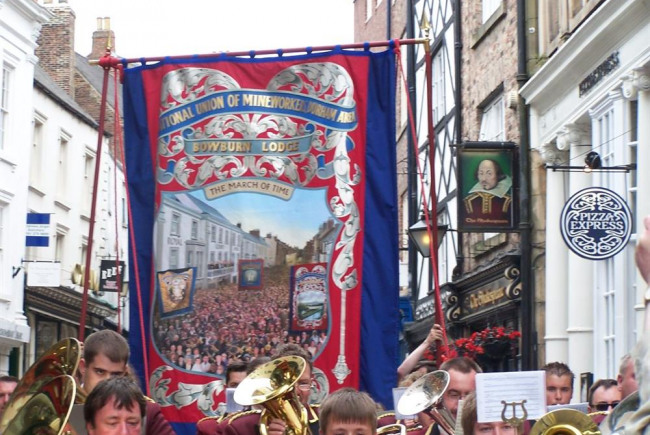 Kippax Band will march Bowburn’s banners through village and into Durham on Gala Day – whole community invited to join in. Pittington Brass and DENNIS will engage audience in Eve of Gala Concert.

Kippax Band will march Bowburn’s banners through village and into Durham on Gala Day – whole community invited to join in. Pittington Brass and DENNIS will engage audience in Eve of Gala Concert.

Top-rated Kippax Band is coming up from Leeds on Durham Miners’ Gala Day, Saturday 11th July 2015. They will play Gresford, the miners’ hymn, while wreath is laid at the mining memorial at Bowburn Community Centre (DH6 5AT) and then again, specially to commemorate Nurse Edith Cavell, whose execution was 100 years ago this September, in Cavell Drive, Bowburn. Then it will march through the village with three banners and all who wish to join in. The night before, Friday 10th July, a live music concert will be held in the Community Centre with two bands from Durham – a brass band, Pittington Brass, and a folk-rock-brass ensemble, DENNIS – both of which are steeped in the traditions of Durham mining communities. The concert will include opportunities for the audience to participate, as well as to enjoy the music. Both days will aim to include whole families and all

The mining heritage of Durham miners must be celebrated by all generations. Displaying and parading banners and holding events that include brass band music is a great way of doing this, especially if people of all ages can take part and enjoy.


Bowburn’s banners will remain on permanent display at Bowburn Community Centre. These include the conserved original 1920 Durham Miners’ Lodge banner that uniquely portrays Nurse Edith Cavell, who died on 12th October 1915.
All events will be publicised and then reported in the village newsletter, Bowburn Interchange. 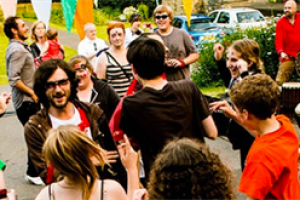 How will the money be spent?Total £690

Bowburn Banner Group celebrates the heritage of the local community’s mining heritage by caring for, displaying and parading with miners’ lodge banners and its own 2006 community banner, and by organising and taking part in concerts, exhibitions, community events and the annual Durham Miners’ Gala.

Contractor: Bowburn Community Association The team responsible for building or installing the project.