We want to re-instate an orchard and host beehives within a forgotten walled garden, whilst providing skill to volunteers and a safe, inspiring space for visitors.

We want to re-instate an orchard and host beehives within a forgotten walled garden, whilst providing skill to volunteers and a safe, inspiring space for visitors.

We have a fantastic opportunity to re-nstate an abandoned walled garden that was formerly part of the historic Cresswell Hall estate (which includes Cresswell Pele Tower) and to make this into a community green space where visitors can rest, reflect and participate in gardening and wildlife. Having opened the restored Pele Tower in 2021, our focus has now shifted to the adjacent walled garden where volunteers have removed the debris of decades of neglect to reveal a fantastic space that will become a "secret" garden for locals and visitors to enjoy, complementing the built environment and history of the area. Recreating its former orchard, complete with beehives are priorities from community consultation.

Restore neglected garden into public greenspace with areas for gatherings and educational space. Increase mindfulness through access to wildlife and plants. Provide space for participation in gardening for those who lack this locally. Provide opportunities for local volunteers to gain new skills. Enhance access to historic and cultural assets. Increase biodiversity and understanding of natural processes esp. pollination.


Cresswell Pele is a nationally important but totally undervalued historic asset that has been rescued from neglect and is now a local asset. One of the few remaining standing Towers along the anglo-scottish border, they were hugely significant during the border troubles in the middle ages. It has now been fully restored (removed from Historic England Buildings at Risk Register - a huge accolade!) and is now open to the public free of charge. The entire site and projects are managed by volunteers. 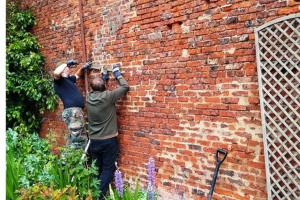 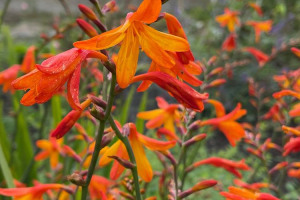 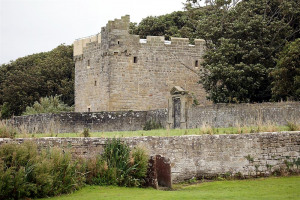 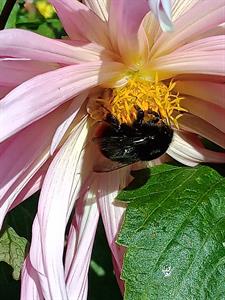 If anyone wishes to be added to the newsletter list - please email steve.lowe@cresswellpeletower.org.uk The tower and garden are open from 1-4pm on Sunday 23rd and 30th October before a break - not quite the last chance to visit but things are still colourful and buzzing! If you miss the chance, why not become a garden volunteer? Just get in touch. 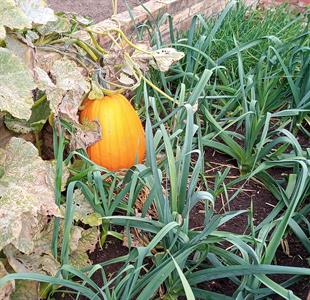 Our bee training has got off to a flying start thanks to the mentoring from Chris Allen at Alnwick and District Beekeepers Association. We have 14 recruits raring to go, our first bit of theory training, and all kit on order including three (rather than two) hives. These will be flat packs in order to find our way around the hives (no waggle dancing as yet). Meanwhile in the garden, visitors are stunned by the array of blooms. We had so many donations of plants that we had to open up two new beds! In the small veggie plot, we have grown onions, spuds, sage, radish & beetroot from seed and have had a productive year. Leeks are just about ready too but cream of the crop has to be those monster pumpkins. Just in time for Halloween!! 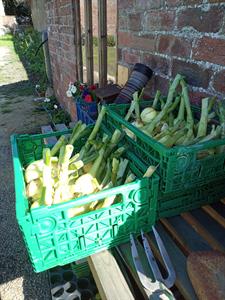 Great crop of onion harvested today!! Some will be available for a small donation and we are open on Weds, Sat & Sunday between 1 and 4pm. Sunday is our marine awareness day too so, music and stalls plus a very special donation coming our way!!

Why not pop in for a look around the garden this weekend when we are open 1-4. It looks fabulous!

How wonderful to find a wild bees nest in a small gap inside the wall of the Walled Garden this week. Very busy too 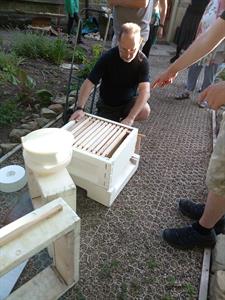 Great to gather together some workers for setting up our first hive tonight. We have fun and have a clean hive ready for occupation. Thanks to everyone for getting us going 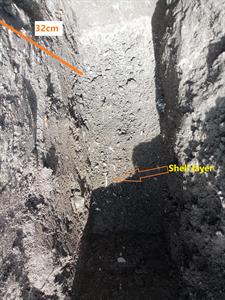 Whilst preparing the orchard ground (double digging -+sun=zzzzzzzzzzzzzzz) it was interesting to note a layer of sea shells covering a layer of clay. Mostly limpet, with a little bit of oyster shell, this was about 3cm thick and quite compressed. Question is - how old? Who put them there and was it anything (at all) to do with gardening (drainage/fertiliser/left over lunch). We will see

I am sure that you will have seen that we have met our target thanks to a HUGE pledge from the North of Tyne Combined Authority, which was amazing!! We didn't announce this immediately because of the frantic Harbottle event and the Jubilee but want to take this time to tell you ALL how EXCITED we are with this news as it allows us to start planning for the orchard and bees. Indeed we hope to have a hive in situ soon. We are also looking forward to hosting Jamie Driscoll and his team sometime in the future when we can break out the cake (there is always cake). Meanwhile, we have left the crowdfunder open as we have committed to increasing the scope of the work with any additional pledges and its great to note that we have received additional pledges already. Many many thanks to everybody who has helped this happen! Bring on the BEES. https://www.northoftyne-ca.gov.uk/ 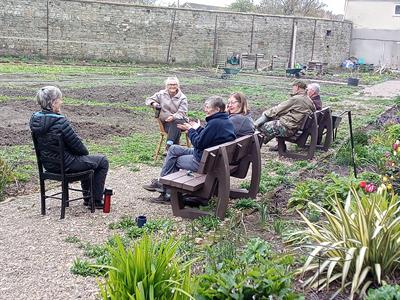 This is Volunteer Week and we wanted to mark it by expressing our heartfelt thanks to ALL of the volunteers who give their time, effort, advice, and experience to every aspect of the work that takes place both in the garden and the Pele Tower. This is a fabulous team who are so generous and friendly (and who also bring biscuits and cake). In particular, we have to extend even more thanks for the time spent during the Jubilee Week when there was so much going on. We are also pleased to have "recruited" more volunteers over the week and are looking forward to them joining us this Thursday in the garden (for a cuppa - see above). 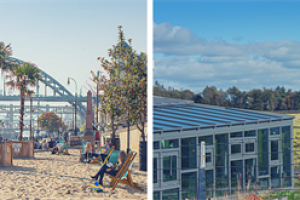 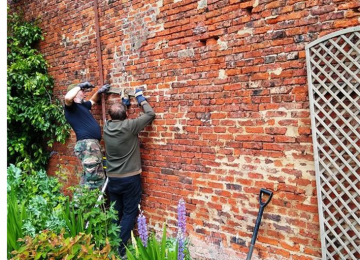 Caroline Sweeting offered
I can offer practical gardening skills as an RHS qualified horticulturalist on most Sundays. Have been speaking to Steve Lowe but having trouble contacting him via email. We started as a group of residents wanting to save an unloved building, Cresswell Pele Tower, from total ruin. Long forgotten, it had been a victim of vandalism and neglect. Lacking a roof, it was open to the elements and falling down.

This Scheduled Ancient Monument was listed "at-risk" but has now been fully restored and is open to the public for the first time, along with its wooded setting.

Archaeological digs revealed further information including an earlier 11th-century building and a later 18th century Manor House, as well as bronze-age remains, showing a long occupancy of the area.

Managed fully by volunteers, we took out a long-term lease in order to complete the restoration. At the last minute, this was extended to include a derelict walled garden, one of three previously supplying Cresswell Hall with fresh food.

The overall aim is to bring this later but important area into public greenspace, based upon plans agreed with community input. Having a multi-purpose, safe and accessible space available for individuals, groups and families will complement the tower and provide a space where people and wildlife can co-exist.

Our starting place is to recreate the orchard we know from records, was here but to give it a little twist by using some of the trees that would have been commonplace in the period when the tower was in use. Medlar and mulberry, quince & greengages will play host to beehives and actively pollinate the trees and the other plants, including vegetables, that will adorn the rediscovered garden pathways and borders.

A partnership with local beekeepers, will allow us to share skills with anyone who wants to participate in this truly sustainable activity. Production of honey and other resources will contribute to future growth.

The Walled Garden has many aspects for interpretation and learning. It offers a tranquil, safe and colourful space, perfect for combating the pressures of daily life.

We want this to be a place people think of as an extension to their own local space and take a special pride in it.