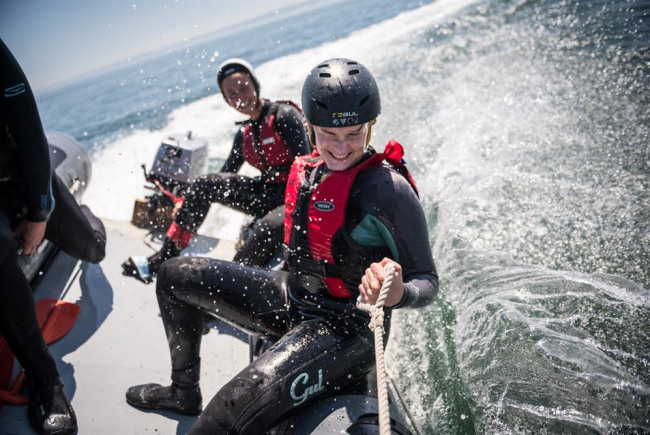 Atlantic Pacific @ Royal Docks London will be a space for young people from the local community to come and learn practical boating, casualty care and search and rescue skills.

Atlantic Pacific @ Royal Docks London will be a space for young people from the local community to come and learn practical boating, casualty care and search and rescue skills.

We are in the process of applying for planning permission. In the unlikely event that this is not secured, no money will be taken from backers. Celebrating and strengthening the local character of Royal Docks London, Atlantic Pacific will build a space, located near the Dockside, to reinvigorate the area with young people learning about boats, search and rescue, nautical theory and basic seamanship. Giving this unused space a lease of new life, AP will install a containerised unit that will serve as an office, training area and workshop for our boats, which will in turn offer opportunities for the local youth of Newham and Greenwich to build their skills and knowledge in all things nautical. This is a creative way to engage with the local youth community, offering opportunities for young people to learn specific skills that can not only lead to employment, but also build communication and team building skills as well as confidence.

AP at Royal Docks London has been specifically designed to create an environment to attract local young people to come and learn different skills that traditional mainstream education. We know that offering these practical and physically challenging skills will enhance any young persons life, including their confidence and communication skills. AP at Royal Docks London will also link our new members with ideas around employment within the search and rescue and emergency industry, giving them information about other career paths and employment within this sector. AP will also recruit and train local young people over the age of 18 to become our own instructors for the programme, which will entail teaching young people not only local to Royal Docks, but also internationally. AP @ Royal Docks London will also boost the local business and economy by working in tandem with existing providers in the area to encourage the young people to participate in their programmes.


AP at Royal Docks will be welcome to anyone who wants to come and learn more about search & rescue as well as a hub for a new sea-faring community to gather around. 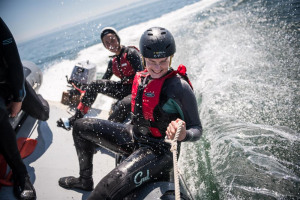 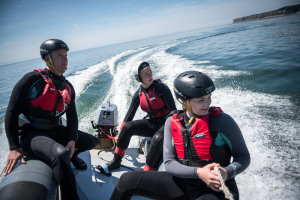 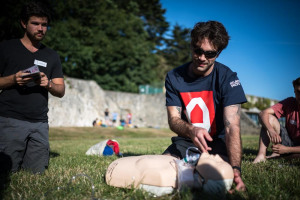 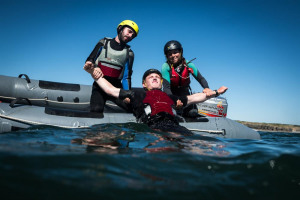 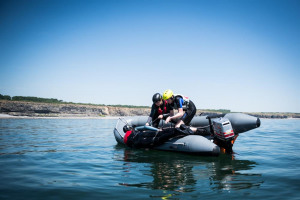 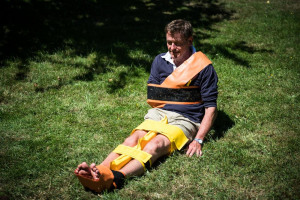 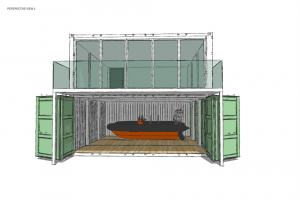 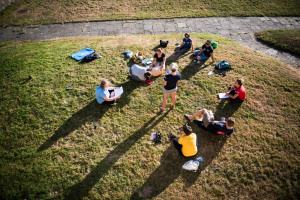 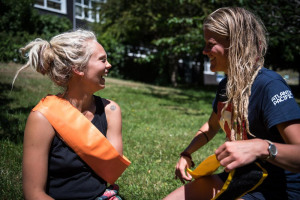 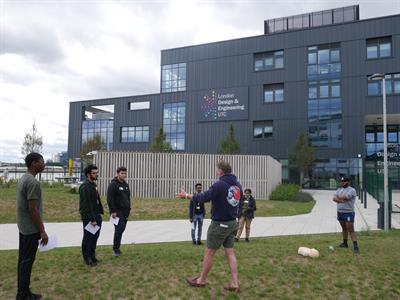 Last week, Atlantic Pacific has partnered up with LDE UTC in Newham and Royal Docks to bring a taster session to local young people living in Newham. During this week, the students have been introduced to and taught many important aspects of Atlantic Pacific's work. "It was really fun, we learned so many new skills and they aren't skills you can only use on the water, you can use them in everyday life too." said one of the participants afterwards. Over the week, students learned how to operate a Rigid-hulled Inflatable Boat in very windy conditions at Royal Docks with a basic introduction to search and rescue boat skills. Our medical team taught the students our casualty care check card systems and how to respond to someone in a medical emergency. Students also experienced an introduction into psychological first aid and had discussions around some of the pressing issues of our time including climate change, ocean pollution, global drowning alongside disaster response, with a focus on Japan's 2011 Tsunami. All of the students had a great time and learned a lot, one saying that Atlantic Pacific instructors "made the hardest stuff look so much easier than they are and it was so much easier to understand." We hope to have given these young people an opportunity they could not have had previously and encourage them to think about training in one or more of these core skills. Some are even considering joining us now:" I'm definitely joining after I graduate from UTC and I would advise other people to come here and see what they can do." AP plans to open a new training facility in Royal Docks to enable more young people to learn these core skills and offer an opportunity for career paths into emergency response. A UTC student loves the idea: "In an area like this, there is a lack of opportunity. The AP building would allow such an opportunity for a new demographic." Follow us on Facebook or Instagram for more information on the new centre and ways in which you can sign up to get involved. 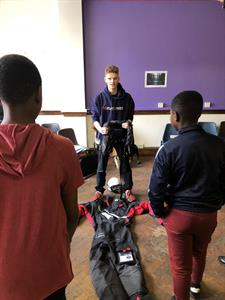 A BIG thanks to everyone who donated to our Spacehive Campaign and helped us reach just over £130,000! We are delighted to have met our target and are looking forward to opening our new facility in Royal Docks next year. At the moment we are currently awaiting planning permission from the GLA and Newham Council, and so in the meanwhile we have been working with local youth groups, sharing knowledge around drowning prevention, search and rescue and our personal protective equipment (Picture of one of our instructors, Gabriel working with a local youth group) as well as offering some casualty care training. If you would like to hear more on a regular basis, please do follow us on facebook (www.facebook.com/atlanticpacificrescueboats) or sign up to our newsletter via our website: https://www.atlanticpacific.org.uk/contact-us/ We'll keep you posted of the developments and look forward to welcoming you all to the opening of our new home next year. Best wishes and thanks The AP Team 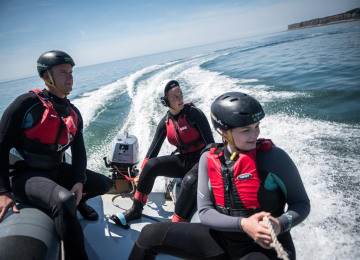 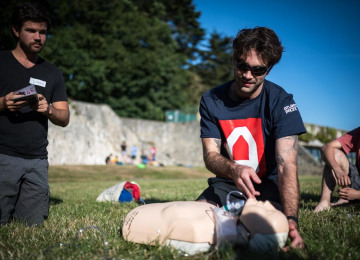 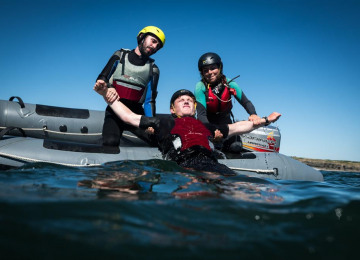 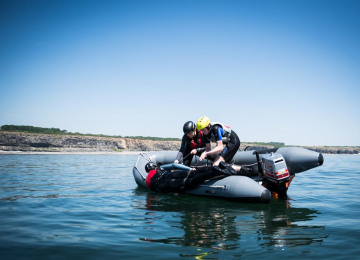 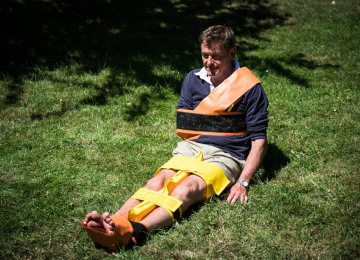 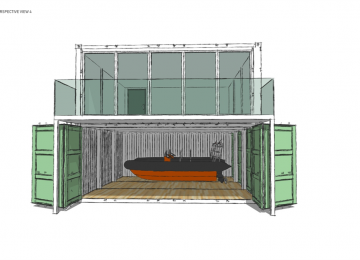 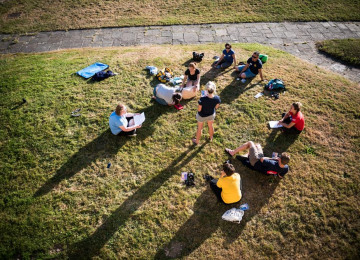 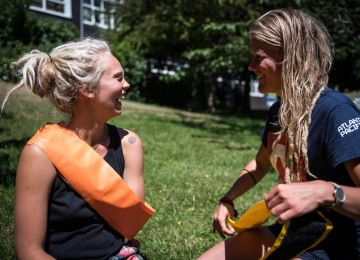 Atlantic Pacific International Rescue is an NGO with a simple purpose: we provide lifeboats where there are none.

“Drowning is a serious and neglected public health threat claiming the lives of 372,000 people a year worldwide. This death toll is almost two thirds that of malnutrition and well over half that of malaria – but unlike these public health challenges, there are no broad prevention efforts that target drowning” (World Health Organisation)

Atlantic Pacific exists to tackle this crisis and eliminate death by drowning by providing Lifeboats and trained crew to areas of need.

We work with communities around the world who do not have a water rescue service but find themselves in areas vulnerable to flooding and natural disasters. We supply preventative lifesaving assets including bespoke rescue boats, mobile lifeboat stations and a complete training package for the local crew. We also deploy rapid response highly trained crew in emergency water rescue situations.

We work with local schools and young people in London to teach lifesaving skills, but also provide the ability for them to join us in helping other communities in drowning prevention.

We operate regardless of political context, out of a universal respect for human life.

Atlantic Pacific International Rescue is a Restricted Fund under the auspices of Prism the Gift Fund, registered UK charity number: 1099682.

Our work is entirely funded by voluntary contributions.

Contractor: QED Property The team responsible for building or installing the project.