By Padiham on Parade Padiham Create

By Padiham on Parade

Ever wondered what it was like to have to use an Anderson Shelter during WW2 ?

Ever wondered what it was like to have to use an Anderson Shelter during WW2 ?

Our aim is to bring to Padiham an experience like no other ! Memorial Park in Padiham has an Air Raid Shelter but this is not open to the public, so our attraction is the next best thing. We will have a re-enactor/educator on site to explain more about life during the Blitz. Visitors can enter one to get a feel for exactly how small they were, while the other is set up as if waiting for a family to take shelter. This will be one experience you won't forget in a hurry !

As part of the Padiham on Parade 1940s experience, our aim is to educate both young and old on what life was like during World War II. Our educator will pass on his knowledge of Air raid shelters, structures for the protection of non-combatants as well as combatants against enemy attacks from the air. They are similar to bunkers in many regards, although they are not designed to defend against ground attack. People needed to protect themselves from the bombs being dropped by German aircraft. As the night raids became so frequent, many people who were tired of repeatedly interrupting their sleep to go back and forth to the shelters, virtually took up residence in a shelter.


Padiham on Parade is an event promoted by a group of Veterans. This is their way of passing on what life was like during the second world war. They are aware that the Armed Forces Cadets are the Veterans of our tomorrow. 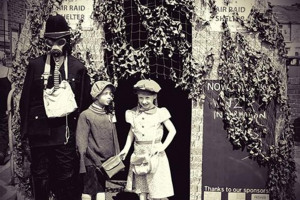 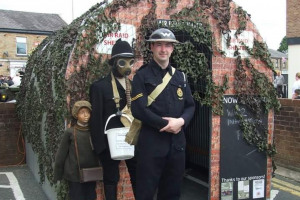 Supporting Culture and Sport in Lancashire: launch your Spacehive campaign by 1st February 2023 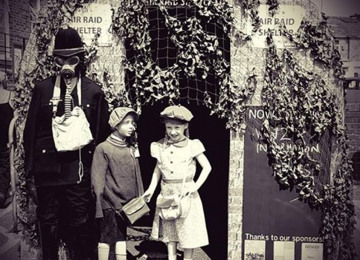 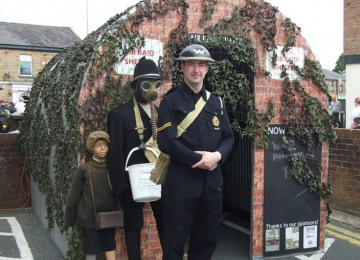