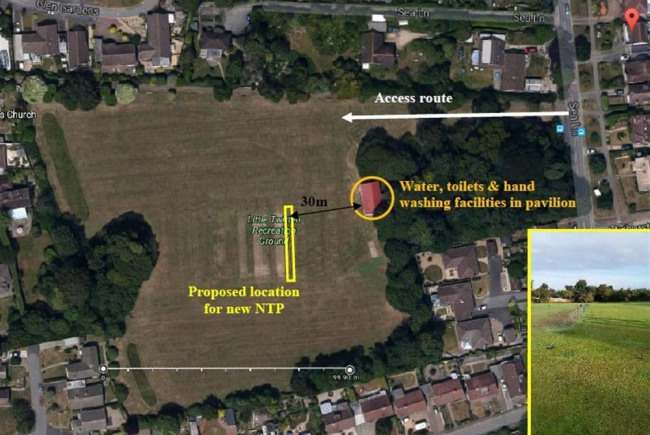 Ferring Cricket Club is a traditional village and community club raising funds for non- turf pitch equipment to sustain the continuing growth of our Colts section of over 50 boys & girls aged 7-15.

Ferring Cricket Club is a traditional village and community club raising funds for non- turf pitch equipment to sustain the continuing growth of our Colts section of over 50 boys & girls aged 7-15.

We have separately raised funds to lay a non- turf pitch on our cricket square and need to purchase related maintenance equipment in order to sustain the continuing growth of our Colts section . This has gone from strength to strength since we started from scratch in 2012 and provides professional and volunteer led coaching and matches for over 50 boys and girls between the ages of 7 and 15. Our grass square is suffering due to the increased demands upon it and has reached capacity in terms of usage and maintenance. The installation of a non-turf pitch and purchase of ancillary maintenance equipment will greatly increase our ability to coach more colts more often, and by taking the pressure off the grass square ensure that adult and colt cricket matches have a sustainable surface for increased fixture fulfillment.

Overall this project will allow us to maintain facilities necessary for greater participation of 8 - 15 year olds in well structured recreational cricket , which brings parents together in support of the club and their children, enhances social connections and interactions, significantly helping to sustain the presence of a traditional village cricket club within the community , in an age when many cricket clubs and teams are struggling to keep going.

The village of Ferring and parish area with a population of approx 4,500 people sustaining shops, pubs, social facilities and a local primary school.

Ferring Cricket Club is a community amateur sports club run by former and current players . It has been playing village cricket in Ferring since the 1930s though a match between a team playing under the name of Ferring is first thought to have been played in the area in the 1860s.

In the 50s and 60s the team reflected the growth of the village as a holiday and weekend destination which at times left the club vulnerable to shortages of players. The club nearly folded in the late 60s but survived due to the dedication of a group of members, much as it continues to this day.

In the last ten years the club has become very community focussed with improvements to facilities and the establishment of a Colts section with an increasing local awareness of cricket as a family and community friendly activity.

We have kept a full non league senior fixture list playng traditional "time" matches on Saturday and Sunday afternoons, with Colts coaching at the ground on Thursdays and Friday evenings and matches generally weekend mornings.

It is this growth and collective effort to ensure the future survival of the club that has created the need for the ntp and equipment to maximise the longevity of the facility.

Contractor: Arun Mowers Ltd The team responsible for building or installing the project.