This free community festival will combine Latin American music, dance, entertainment and other cultural activities to highlight the multi-cultural nature of Latin America, Sefton Borough and the wider City region, allowing the expression of individuals’ and communities’ cultural identity in accordance with their human rights. Our festival will provide an opportunity for the public, including people from the local area not usually involved in cultural events in the town centre, to participate.

• Highlight Sefton and wider City region’s Common cultural heritage, its integration into a world system and shared cultural identity of multicultural and multi-faith communities. • Ensure the participation of diverse communities. • Build bridges of understanding for more meaningful interaction and cooperation across cultures. • Unify local community groups on the common ground of Cultural Rights, to encourage future collaboration between people of diverse cultures and faiths. • Raise awareness of global challenges to provide an opportunity for school & community education and participation. • Stimulate interest in The Atkinson, Southport Eco Centre and National Museums& their contribution to human rights and environment. • Build on the Legacy of Sefton Borough of Culture 2020 by stimulating cultural interaction and cooperation within the wider City Region. • Strengthen Southport’s International reputation as a Coastal Resort and Community committed to cultural heritage & environment.


We're excited to announce that Viva Latinfest and the International Slavery Museum are also planning to jointly prepare a cultural rights exhibition along Lord Street or the Promenade to encourage festival-goers and local residents alike to reflect on the theme of cultural heritage and identity. We are also welcoming local traders, craft groups and community groups to showcase their products, and are encouraging local venues to support the festival with themed after parties offering more chances to showcase local artists. Please follow our page for updates! In future years Fiestaval proposes to incorporate an International Conference on Cultural Rights or Environment alongside the festival to coincide with the UNESCO World Day for Cultural Diversity and Development on 21st May or World Environment Day. *We will continue to be guided by safety considerations. In the event of needing to reschedule the festival due to COVID, we will communicate this via our Spacehive page.* 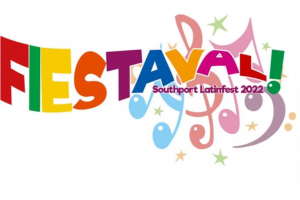 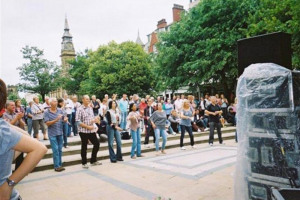 A big thank you once again to the Spacehive Team , Sefton CVS, The Atkinson Centre, Sefton Community Transition Fund, everyone who backed our campaign and to Norman Wallis & his team at Southport Pleasureland where Fiestaval Southport 2022 (free Latin music and dance daytime festival) will now be held on Saturday 21st May 2022 for our community to celebrate UN Day for Cultural Diversity.. 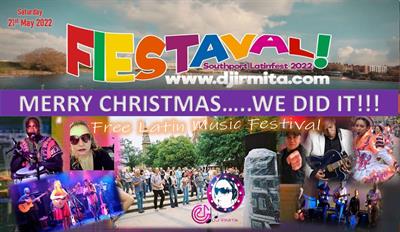 Happy New Year to all our backers and supporters and wishing all the best for our local communities!

WE DID IT! I AM A FIRM BELIEVER THAT GOOD THINGS HAPPEN, WITH HARD WORK, DETERMINATION AND FAITH! I WOULD LIKE TO SAY A TREMENDOUS THANK YOU TO LOCAL BUSINESSMAN NORMAN WALLIS AND HIS TEAM AT SOUTHPORT PLEASURELAND FOR THE GENEROSITY, FAITH AND WILLINGNESS IN BACKING THIS WONDERFUL EVENT FOR OUR COMMUNITY TO CELEBRATE CULTURAL DIVERSITY IN SOUTHPORT 2022. IT HAS BEEN AN AMAZING JOURNEY BUT WITH THE SUPPORT OF OUR LOCAL COMMUNITY , LATIN DANCERS, MUSIC LOVERS,VOLUNTEERS, ARTISTS, MUSICIANS, LOCAL COUNCIL & BUSINESSES WE ALL RAISED THE AMOUNT NEEDED TO MEET OUR TARGET AND WITH THE FUNDS RAISED FIESTAVAL 2022 WILL NOW GO AHEAD. WE CAN ALL CELEBRATE THIS WONDERFUL GOOD NEWS IN TIME FOR CHRISTMAS TO BRING A LITTLE LATIN CHEER TO SOUTHPORT IN THE NEW YEAR. MERRY CHRISTMAS & HAPPY NEW YEAR THANKS TO YOU ALL YOU ARE A PRECIOUS PART OF “FIESTAVAL SOUTHPORT 2022” Irma Mejia Chair Viva Foundation NOW TO GET ON WITH THE PREPARATIONS!

In our last campaign we announced that we hoped to prepare a cultural rights exhibition along Lord Street or the Promenade to encourage festival-goers and local residents alike to reflect on the theme of cultural heritage and identity. We are pleased to inform you that since then we have held talks with the Atkinson Centre who have now very kindly offered to provide a space for the the display during the festival.

We would love to make UN World Day for Cultural Diversity". Saturday 21st May 2022 a permanent date on Southport's cultural calendar and we are honoured that Southport Atkinson Centre would like to support our cultural rights exhibition. 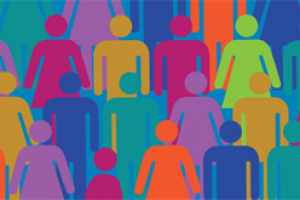 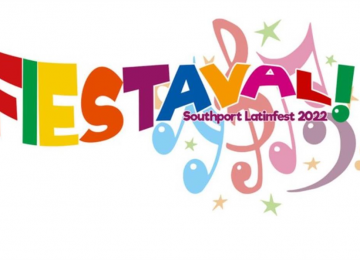 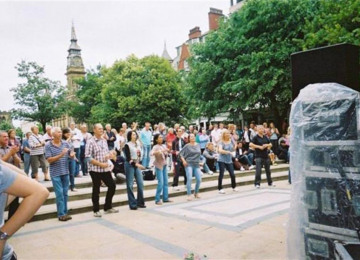 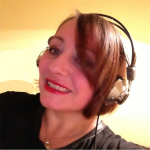 Irma Mejia was born in Santiago , Chile. She is a Latin Music Promoter, Linguist, Economist, Teacher and daughter of Chilean exiles.  Her life and work deeply marked by political events in Chile in 1973 and her arrival to the UK as a child.

Her story began when her father a Chilean detective was forced to flee his homeland during the military coup and her family were then reunited in England. Many years passed before she was able to return to Chile but her passion for Latin American music began during family reunions  with the Latin American community of Liverpool where she learnt the traditional songs and dances of Chile and Latin America to the sound of the Cuban Son, Cumbias, Cuecas, Tango and more.

On a quest to learn more about Latin America in 1992 she travelled  to  Xalapa, the cultural capital of Mexico to study anthropology as part of her degree in Latin American Studies. She gained first- hand experience of life within another culture and overcame linguistic and cultural barriers by visiting indigenous and rural communnities in an unfamiliar environment. As she travelled around Latin America she dicscovered her passion for Latin American music and learnt to dance Danzón, Son, Mambo, Cha Cha Cha. This was an experience from which she thrived in every respect and which gave her an understanding of Latin Amreican culture from a local perspective. She was awarded a scholarship by the Economics & Social Research Council for an MA in Economics & Management of Rural Development and later went onto carry out postgraduate research in Latin American Studies.

Today Irmia is a mother, a bilingual radio host to the internationally acclaimed "I Love Salsa Show". She is committed human rights, environment snd Sustainability and strives to keep the cultural heritage of Latin America alive through music and dance.

Project Owner: Viva Foundation The Project Owner takes legal responsibility for receiving and spending the funds raised and ensuring the project is delivered.