design and creation of waste recepticles in the form of enlarged bananas to recycle food waste generated by lunch consumers at or around Spitalfields.

design and creation of waste recepticles in the form of enlarged bananas to recycle food waste generated by lunch consumers at or around Spitalfields.

X thousand bananas per day are consumed in central London the bulk is/are discarded along with other meal detritus all of which is eligible for composting. As stylish public items of street architecture they would bring hoome the need for recycling of waste food at public junctures. The waste wouod then be diverted to composting venues such as popipcompost in St Georges and elsewhere. The recepticles would be 5'6'' with steel frames with sliding

Banana waste is exceptionall nutritious. Bananas are cultivated at distant locations travelling great distances whereat 40 to 100% of which is then discarded and ends in landfill or incineration destroying resources valuable to producers. 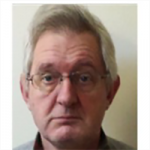 Worked as a lecturer at London Metropolitan University in the Whitechapel campus until retirement in 2015.  My existing concern with domestic food waste and the desperate need for recycling redoubled.

Research of the situation,Tower Hamlets and government policy 2008-9 made me very keen to raise awareness about domestic waste food.

Generous help and support from Paul Wilson at social housing provider Eastend Homes, bang next door to my office, as well as many other housing associations in the borough such as - Womens Environmental Movement (WEN), plus the then waste contractors, Veolia, got things moving in 2011.

After a trial run in Quaker Street  , composting proper commenced in the orchard below Stockholm House, in St George's Estate, Shadwell 2013-14..

A crowdfunding opportunity with Spacehive in aummer 2017 gave us a big boost.

The recent ipulse stemsn from the early yrealisation that small may be beautiful but scale counts, so do embarrassing comparisons.  What has been achieved with supermarkets can be achieved with domestic food-waste.

A dent could very easily be made in the shamefully vast pile of seven million tonnes of nutrition put to death by poison or incineration can and must be made.

Working population in and around Spitalfields market including Liver Pool Street station is enormous, most eat locally and outside. Apart from those eating in restaurants and sitting down in cafes/ this generates a significant volume of very high quality food that is discarded. Apple cores, orange peels, wastes pastry etc etc; but above all bananas finds its way into the general waste. 100 million bananas peels . Skins rich in phosphates and much else besides all lost.