To turn around the worn and dated Perivale Residents Association clubhouse and surrounding grounds to become an up to date and profitable social and sports hub for the Perivale community.

To turn around the worn and dated Perivale Residents Association clubhouse and surrounding grounds to become an up to date and profitable social and sports hub for the Perivale community.

The Perivale Residents' Association clubhouse lies at the heart of Perivale, providing a social and sports centre for the community. Its the only licensed bar in Perivale ward north of the A40. But currently its dated and worn inside, suffering from years of underinvestment and neglect.

We plan to advance the project in 3 stages:

Despite lying at the geographical heart of Perivale and being a local social and sports club for residents the historic Perivale Residents' Association clubhouse (PRA) and surrounding land is in a poor state of repair and the interior dated and shabby.

Perivale as a ward is home to 15,000 people but only has two licensed bars. The PRA is one and on Ealing Central Sports Ground it lies in the heart Perivale.

Yet the PRA social club has for a number of years been struggling to break even and attract new members and the clubhouse building is slowly falling into neglect and disrepair. The surrounding grounds are partly derelict and decayed including the old tennis court and neither the building or the grounds are being used to their full potential. The Council own the site and we believe that with the right investment, restoring the clubhouse and surrounding grounds will transform the Council's revenue generation from the building and do justice to the community's pride in it. 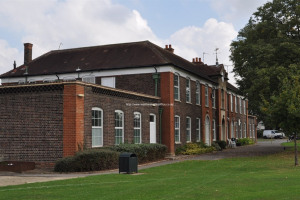 The exciting way for you to build prosperous and vibrant local areas across the borough of Ealing! 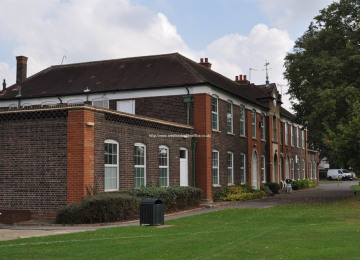 23%
Resurfacing the old disused pitch and area between pitch and car park to create a recreational space
£50,000
11%
Redecorating the sports changing rooms and toilets
£25,000
9%
Redecorating clubhouse bar area and creating Perivale heritage room
£20,000
9%
Resurfacing hazardous perimeter footpath
£20,000
7%
Refitting a new kitchen in the PRA (to serve pub food as well as drinks)
£15,000
7%
New lighting on the perimeter of the clubhouse building including feature spotlights
£15,000
5%
Restoring unique heritage clock (which stopped years ago)
£10,000
5%
Revamping the clubhouse toilets
£10,000
5%
Creating a sports viewing area on the west wing roof of the building with potentially a cafe
£10,000
5%
Re landscaping the surrounding area
£10,000
16%
Other Read More
£36,191 We are a not for profit community organisation founded by residents in Perivale to organise annual community and social events for local residents. Our goal is to bring together residents of Perivale and the surrounding area of all ages and from all ethnic, cultural and socio-economic backgrounds to strengthen the sense of pride and engagement and bring together people from across the diverse community in Perivale in which we live.

Through our events we aspire to promote Perivale as an area with a strong community and identity and a proud history and future and provide opportunities to local businesses and local people to get involved in their community through sponsorship, volunteering and participation in our events.