By Article No. 25 Camden Create

We aim to build a mushroom farm in a former basement car park. The idea is to regenerate through the creation of jobs and strengthening the local economy and bring empty space back to use.

We aim to build a mushroom farm in a former basement car park. The idea is to regenerate through the creation of jobs and strengthening the local economy and bring empty space back to use.

We want to transform an empty and derelict basement of a housing block into a high productive pilot mushroom farm. With a size of roughly 200 m-2 we aim to produce 750 kg of oyster and shiitake mushrooms per month. We want to offer these to local people through local street markets and through sales to local grocery shops and restaurants. People living on the estate would be able to buy the produce at cost price.
Mushrooms are a highly nutritious ingredient, key for a healthy diet. With this pilot project we aim to prove that there can be a significant and profitable production of them within the city.
Local jobs will be generated, both to manage the farm and to distribute the produce. Together with the sale to local shops and restaurants, the local economy will be empowered.
Mushrooms will be produced sustainably. We aim to source locally the organic matter, such as coffee grounds or old newspaper.

Because it is about capturing value from currently wasted resources. We take an underutilized space and transform it into a valuable space. We take waste as an input for the farm, and convert it into something with a high value. On the way, jobs for local people and skills are gained. And as a result, healthy food to improve the health of the community through their diet is produced, while benefiting the environment.
But the big picture is the regeneration that the project can bring. It could be the start of a new economic sector: urban farming. Its replicability can encourage other food entrepreneurs to create food production hubs in the city that will reinforce local economies and creates valuable jobs and skills. It has the potential to reconnect communities together through food and local jobs, re-educating people in healthy food habits and getting them involved.
The potential attention that the project may attract, could boost the pride of the area where the farm is installed.


We are Article No. 25, an urban farming start-up working with the support of the Cambridge Accelerate Programme of the Judges Business School at Cambridge University. We aim to developed commercial scale urban farming to locally produce healthy food right at the heart of cities.
By taken wasted resources, we aim to reduce the pollution levels in the surroundings of the farm at the same time that healthy food is produced.
Our ultimate goal is to help the development of a local resilient communities, connected through the food system. Instead of our current profit-driven food system the result of globalization, we are aiming to a food system that works with the people it feeds, the community it supports and the planet it relies on at the centre.
The name of alchemists of Camden comes from this idea that ancient alchemist had of transforming matter into gold. Here, we are taking waste and transforming into food, something probably most important that gold. 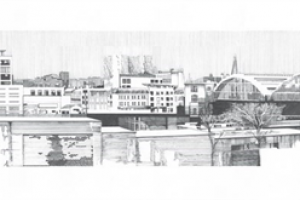 Article No. 25 is a urban farming start-up from the UK.

Contractor: Article No. 25 The team responsible for building or installing the project.