The idea of initiating change, creating demand and creatively exploiting the existing assets of the city centre form the basis of this proposal. Temporary hotels have developed in other areas in a range of contexts. For instance, Hotel Ballymun was an arts project in one of the last tower blocks in one of Dublin’s northside regeneration areas.
a] create a distinctive offer which is about the experience
b] make the offer time limited
c] provide the service in partnership, for example, local suppliers provide catering or entertainment, increasing the link between the user and the wider offer of the place.

With the learning from the development process so far, the learning from ‘Made in Stirling’ our temporary `pop up shop`, delivered through the creative indutries forum, the asset base of the city’s citizens and the policy contexts in Stirling, the next stage for Start Up Street is to scale up. This means applying the learning rigorously, and providing a sustainable platform to move forward.

The idea of delivering a major project in the city, like a disused office building, responding to an identified gap in the market is the next stage. The Temporary Hotel provides a catalyst to bring this learning together, deliver impact in the city and galvanise a community of action.


We believe that a hotel offer which is highly distinctive, highly local and highly creative will shape a different perception of Stirling as a place to be, and to invest in. In this respect, we anticipate that the process of making this change happen and learning from it will be as important as the product. We firmly believe that crowdfunding is an essential part of making this different way of thinking happen. On this basis, we anticipate that some of the key outcomes will include: 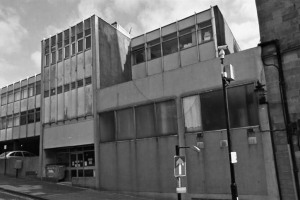 A disused office building in the heart of Stirling 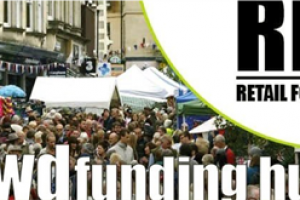 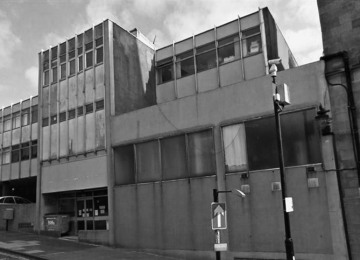 Stirling Council is the Local Authority that covers the Stirling District, including, but not restricted to the urban area of Stirling city centre. Through the city centre management function, the council is co-ordinating a city centre strategy and action plan on behalf of the Stirling Economic Partnership. Economic resilience, and future role of the city centre as the economic hub of the wider Stirling area, is a key objective.

Andy Kennedy is the city centre initiative manager within Stirling Council. His role is to encourage and facilitate a range of projects and initiatives focused on that geographical area. The focus of that role is city centre community safety. I work with a range of council services, agencies, private, voluntary and third sector organisations to try and make things happen.

Start Up Street is a new way producing a meaningful change in Stirling; taking all the good stuff that already exists in Stirling and connecting it together in a new way. A project was developed over the summer to pull together ideas and a process that could mobilise a community and build a service to make Start Up Street work.

Creative Stirling is a Community Interest Company based in the Old Town Jail in the City’s historic quarter. A not for profit, volunteer organisation that are developing a creative hub, with space and facilities to support the creative and cultural industries, as well as the broader community. They are committed to making opportunities for the creative young talent pool of Stirling to thrive, settle and have a positive impact on the identity of the City and its local economy

Icecream Architecture is a design and strategy based company with a grounding in community consultation and architectural planning. The company was imagined as an approachable face to the architectural profession that offered a platform for clients and community groups to develop their projects into realised spaces, structures and buildings. The founding aim was to involve clients in every aspect of the design process and to ensure that the architect acted as a facilitator for the needs of the project’s end user.

Architecture and Design Scotland (A+DS) is Scotland's champion for excellence in placemaking, architecture and planning. They are an Executive NDPB of the Scottish Government. A+DS aims to support the creation of places that work, which provide people with real choices and, are ultimately, places where people want to be.