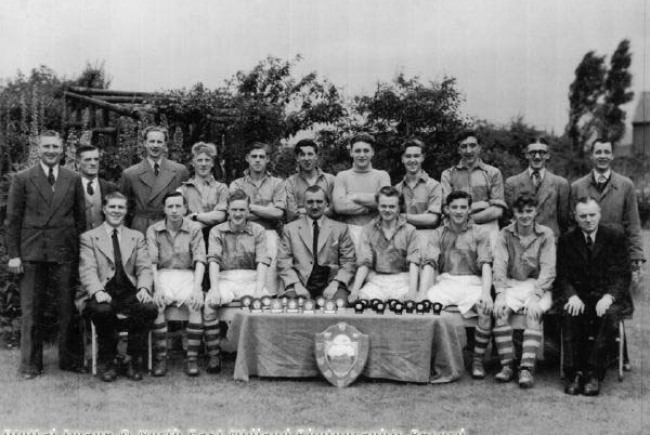 Empower us with the ability to generate enough revenue to survive and secure our future as a community football club.

Empower us with the ability to generate enough revenue to survive and secure our future as a community football club.

Hucknall Town FC is a small non league football club based in Nottingham. Our club was forced to shut it's doors almost a year ago to the day, finding itself unable to service a mountain of debt caused by previous bad management of football club. Within 48 hours a small group of 9 volunteers stepped forward brave enough to take on the task in an attempt to keep the club open. This small band of people have worked tirelessly, and I mean tirelessly, to reduce the debt mountain which once stood as high as £105k to a position where we owe just £27k to pressing creditors. Both football and friendship have been at the heart of our battle and will always remain the ethos of the club. We have had support from many people with donations sent from as far away as the the United States to support our fund raising initiatives.

We have come along way but not far enough. We need to earn enough income to cover our overheads and pay off remaining debt through sound business practices and a lot of hard work.

We have a fantastic clubhouse with a large community room that is currently vastly under utilised but is sadly dilapidated. We are seeking to secure funds to refurbish the rooms and install a fulling working kitchen/restaurant area in order for us to generate the income to pay off our remaining debts and secure our long term future. As the saying goes sometimes you have to speculate to accumulate!

The club plays an important role in many local peoples lives; from the pensioners who still frequent the club on a daily basis who originally set up the club as a colliery side back in 1943, to the many children's and adult teams who use the facility, and the local community groups and charities we support every year by hosting their own fund raising events.


Non league football matters, its not glamorous, no big sponsorship deals, no big wage packets or transfer fees. Our players, football managers, coaches and volunteer committee work and play for free. Non league football however remains an important feature of UK football. If small clubs like us disappear along with it will go an outlet for thousands of young people and adults to play football who aspire to represent their local towns and the gap between the professional game and a grassroots football will grow bigger and bigger.

If our club survives we have a ground relocation agreement for a brand new purpose built stadium to be built with additional dedicated community football facilities for children. The build will be privately financed entirely by our landlord. Should the club fold the new facility will never be built. A small investment now will lead to a much bigger investment in our community and a legacy that will last for many generations to come.

I am the Chief Executive of a small non league football club in the Midlands.

Contractor: Hucknall Town FC The team responsible for building or installing the project.