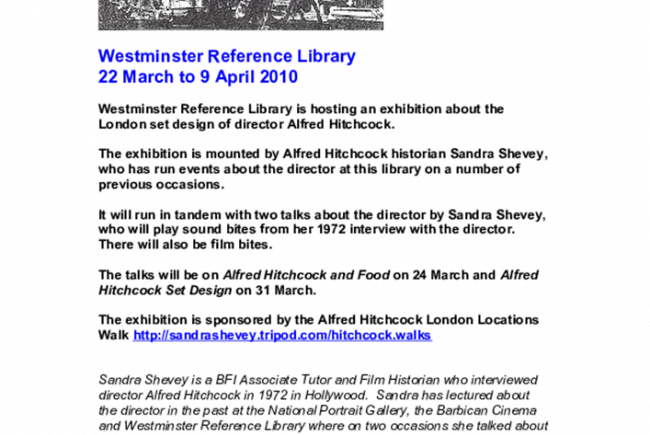 Sandra Shevey has interviewed over 500 major international stars over a 60 year period. sandrasheveyinterviews YouTube Interviews on gender/race. Sandra wants to materialize as a museum.

Sandra Shevey has interviewed over 500 major international stars over a 60 year period. sandrasheveyinterviews YouTube Interviews on gender/race. Sandra wants to materialize as a museum.

Sandra Shevey, age 77, was an innovative pioneer film feminist who over the past 6 decades has interviewed over 500 major international stars on gender and race. She did Alfred Hitchcock`s last one to one in 1972 and in the same year interviewed John Lennon in what was the ony 12 hr one to one he ever gave. See a sample of Sandra`s interviews at sandrasheveyinterviews YouTube and subscribe. Also www.sandrasheveybooks.wordpress.com and www.alfredhitchcockwalk.wordpress.com Sandra wants to materialize the interviews and to create a pop culture installation using sound recordings, set construction, memorabilia etc. Ideally the museum would be free but for minor charge of five or ten pounds. Events would be charged for as would tours and purchase of dvds, videos, books etc. For more information and any funding inquiry please contact Sandra at sandra_shevey@yahoo.com

The impact that film stars have on our lives, on our manners and mores, is a very special, although obscure, topic. Sandra Shevey has been researching for over 50 years and in the interviews which she has done as from 1966 will share with others some of the insights gleaned from talks with celebrities. The museum will also attempt to take us through the key hole as Shevey intends to re-create sets from the films and let us walk thorugh them. Each set will trigger some insight into the mind of the director or the actor all of whom have been interviewed by Shevey. The relevant interview sound bites will be part of the installations. Talks and events and lectures. Sandra Shevey will plan temporary as well as permanent exhbiitions pulling together interviews and content such as Stars of the Seventies; Golden Oldies; Women Behind the Camera.


Following publication in The New York Times on 24 May 1970 of `Down With Myth America` by Sandra Shevey the writer was asked by USC to devise seminal gender and race in film courses. She had prior pioneered the courses at NYU Adult Education but now she was being asked to devise for USC graduate film students at seminars. While in Hollywood Shevey started a series of interviews on gender and race for the Chicago Tribune Syndicate (60 Sunday magazines) She also was being published in the NYTimes, the Times News Service; the Los ANgeles Times Syndicate and `Calendar` magazine. Shevey also testified before the California Commission on the Status of Women and consulted with the Screen Actors Guild about improviing roles for and image of women. She began a feminist film archive (presursor of Women in Film) On the board Frances Marion, Dorothy Arzner, Ida Lupino, Irvin Kershner (Sandra`s godfather), Phyllis Seaton, Lillian Burns Sidney, Joan Blondell, Shirley Clarke,Verna Fields. 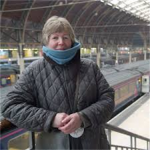 Sandra Shevey is a 77 year old megastar feminist intrerviewer who pioneered issues of gender/race in film.

Shevey began her career as a film writer for The New YOrk Times wjere on 24 May 1970 `Down With Myth America` was published. She went on to do regular interviews for the New York Times News Service under editor Willard Colsten.

She formatted the topic into educational curriculum devised gender and rfacein film courses for NYU, USC and elswehere. She was teaching at USC when Nina Foch was theree and although Ms. Foch is contextualized within Ms. Shevey`s talk on Suppression and Hollywood Identity, the two never met.

Shevey testified before the California Commission on the Status of Women and consulted on image and roles with the Screen Actors Guild.

In the Seventies she began the Women`s Film Educational ARchive which prefacedWomen in Film. On the board: Ida Lupino, Irvin Kershner, Barbra Streisand, Dorothy Arzner, Phyllis Seaton, Lillian Burns Sidney and others.

Project Owner: Sandra Shevey The Project Owner takes legal responsibility for receiving and spending the funds raised and ensuring the project is delivered.