By Friends of Magdalen Green

Roseangle Play-Park, within Magdalen Green, has fallen into a poor state of disrepair with most of the equipment being over 20 years old and the majority surfaced in crumbling gravel.

Our vision for the play-park

Our weather, today’s interest in electronic gaming and our current play-park provide little to inspire imagination or physically challenge local children. We want to create a play-park that provides a safe environment for children, families and carers to create their own adventures and memories. Our plan represents one that has been created by the community and identifies with key local themes that will be storyboarded for the children within the park. For example the story of the Tay Whale, The infamous Tay Rail Bridge, The Rope Works (Dundee's industrial heritage) and the RRS Discovery 'stuck in ice' on one of it's voyages to Antarctica.

Children spent so little time outdoors these days - we need to give the wii/x-box generation a reason to come outside and play!


Despite the leafy green appearance of the area, the West End of Dundee does have problems. It is reported 25% of residents living within the criteria defined as most deprived in Scotland. 26% of children are considered to be living in poverty (End Child Poverty 2013) and over 60% of residents live in flats (compared to 35.6% in Scotland). Access to outdoor play is limited in this area because of pressure on space in a densely populated area which includes many flats and tenements, many of which have tiny, shared garden spaces.

There are over 2,000 school aged children within 1 kilometre of the play-park. Local nurseries, child-minders and schools use the current park regularly despite its condition though their experience would be significantly improved.
The play-park is used regularly by a number of special needs groups and schools in Dundee due to the sensory elements of the trains and planes but also because the flat aspect and boundary fence permit wheelchair access. 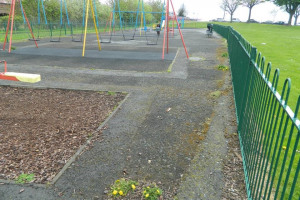 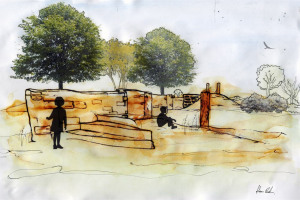 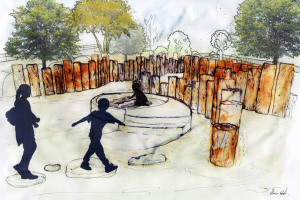 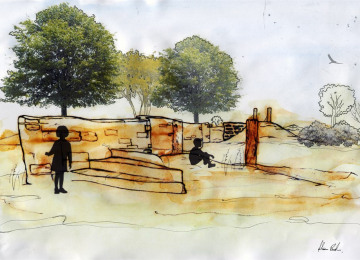 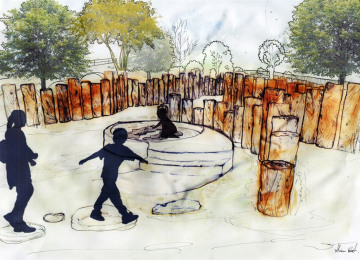 Magdalen Green is a beautiful and much loved park in the city of Dundee.  It is Dundee's oldest city park, and has been a site for recreation, meetings and social gatherings for centuries.      Friends of Magdalen Green is a community group that exists to protect and enhance the Green for the benefit of present and future generations.   Roseangle Playpark Fundraising campaign   We are fundraising for the Roseangle Playpark which forms part of Magdalen Green.  It is a much loved and well used space but there is not much variety of play equipment and the surfacing is in a poor state.  There is nothing suitable for toddlers at all, and kids over 7-8 are pretty bored there and would rather stay home and play the wii! To address this problem and  reinvigorate the space we are applying for funding and holding a range of fundraising events.
Read More