The Richmond Band ‘disbanded’ in the 1980’s. We are re-establishing a brass band for the community and need your help to get 'marching' with music, marketing material and rehearsal assets.

The Richmond Band ‘disbanded’ in the 1980’s. We are re-establishing a brass band for the community and need your help to get 'marching' with music, marketing material and rehearsal assets.

The Richmond Band ‘disbanded’ in the 1980’s. Since that time the community have not had what many would consider a mainstay of UK heritage, a brass band. We are reviving this great tradition and reforming as the Richmond Brass Band. The band will begin in October 2017 and already has engagements lined up! As a community group the band will be available for public performances and also private hire. We need startup funds to enable the band to rehearse and get out into the borough to perform. Specifically to build the music library, licence for public use, own a set of music stands and produce marketing materials. The bands first engagement is the Twickenham Remembrance Day service and there are 2 Christmas concerts in December already. The band will be in the community, for the community and is being supported by trustees that include local councillors and the Richmond Music Trust - please help us to get performing for the Borough of Richmond upon Thames!

This project supports the startup of a new community group. As a group there are two core benefits: 1. A new, not-for-profit ensemble that can play in the community, providing a cultural outlet for local brass talent and music lovers across the borough 2. Continues a tradition that was lost and will be gone without support. The history of the band dates back to 1937 and the information is sparse, however we are trying to document an official history so that the re-establishment of the band builds on that and creates a new chapter of brass bands in the Borough. 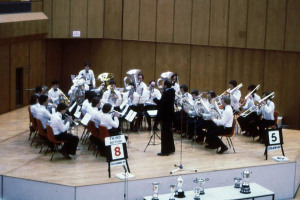 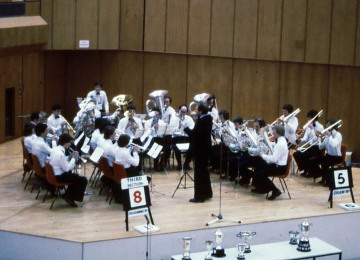 The Richmond Band ‘disbanded’ in the 1980’s. Since that time the community have not had what many would consider a mainstay of UK heritage, a brass band. We have revived this great tradition and reformed as the Richmond Brass Band in October 2017. Already the band has performed at local events, including Remembrance Sunday and also it concerts of its own. As a community group the band survives purely on donations or or fees from performance - all money goes into music, instruments and keeping the band in the public.