The Ipswich Hindu Samaj temple has been in existence since the year 2009, but in a rented place with limited volunteers. We would like the place to be more operational and maintained well.

The Ipswich Hindu Samaj temple has been in existence since the year 2009, but in a rented place with limited volunteers. We would like the place to be more operational and maintained well.

We want to raise funds for the Ipswich Hindu Samaj temple so that it is maintained well and fully operational. Currently, it is lacking funds and we are unable to meet expenses to have it running. If we get the required amount of funding we can have a bigger place with more devotees attending the functions. This will accumulate sufficient donations to hire a full time caretaker for keeping the place open to devotees on all days of the week. The temple is also a meeting place for women who hold several forms of activities such as Indian Classical Dance, Yoga, Meditation, Henna painting, etc leading to social inclusion and interaction with the wider community. During holidays, children have a place to learn about their culture and heritage and participate in varied activities which are important in building their faith and belief in prayers and learning about spirituality.

1. Advance the Hindu religious, cultural, and social activities in the Ipswich area promoting and advocating on education, relieving poverty, distress, and sickness. 2. Improve community bonding and provide a platform for women and children to relax and learn new skills 3. Relief stress and promote good mental health and physical well being 4. Promote faith and spirituality in the community leading them to think and act good, helping others who are in need. 5. Help people work together and celebrate several functions and events which they miss being away from their native countries. 6. Make everyone feel more close to one another and follow a common cause 7. Spread the need for having arts, culture and heritage 8. Have a place for older people to find peace and calmness. Also, to find people of their age to speak and share their thoughts and stories.


We have one Hindu temple in the whole of Suffolk which was created with a lot of hardships. It will be a shame if the effort of those who built it go wasted after functioning for so many years. We need to make it more accessible for devotees to be attracted. If we have more devotees the donations will help to sustain the temple. It is not just a worshipping place but also a place for community gathering. People of all ages meet and share skills and stories. This is a place which provides not just peace and faith but a good mental balance as well. Since the time of its establishment, it has helped a lot of people in need. The lockdown period was very harsh on few but with the support from the temple funds, they have thrived. It is now our responsibility to save it and make it better so that it may be available to many coming generations. We hope to make it a place that people would love to visit and treat as home. 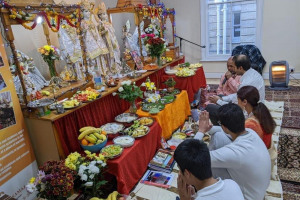 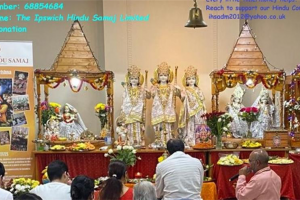 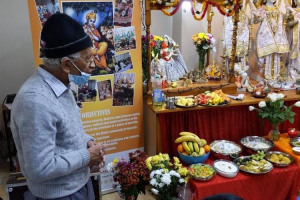 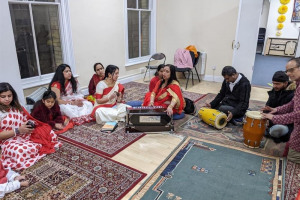 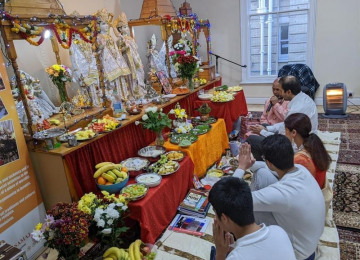 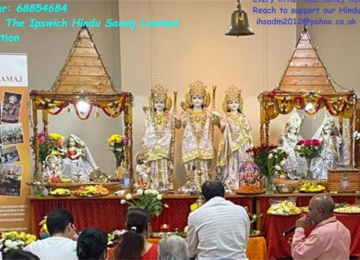 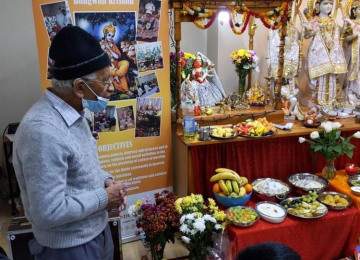 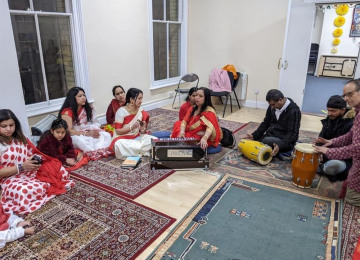 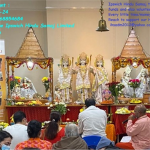 The only Hindu temple in Suffolk
With a diverse community, there has been a need for a Community Centre & Mandir to meet the needs of an increasing number of Indians & Bangladeshis, in Ipswich & Suffolk and in the adjoining counties of Essex, Norfolk & Cambridgeshire. To cater to the community, a Hindu temple was setup in Suffolk by Ipswich Hindu Samaj, by hiring premises at 5 Thoroughfare, Ipswich, IP1 3BD in Nov 2009.  Ipswich Hindu Samaj was formed in July 2006. The objective is to advance education, relieve poverty, distress, and sickness and advance the Hindu religious, cultural, and social activities in the Ipswich area, particularly by the provision of a place of worship. We provide a meeting place for Hindus of all traditions and cultures & for others interested in the Hindu religion. We currently serve 4000+ people in Ipswich & Suffolk.

In Nov 2009, we gained our present premises on lease. Beautiful marble deities were installed in the Mandir. In 2011, 10,000 visits were made to the Mandir by diverse faith communities in Ipswich & Suffolk. From then on, the number of visitors to the temple kept growing. Our impact on the community since the acquisition of the current premises has been substantial and aroused the interest in Hindu Philosophy & Culture, including Indian Classical Dance, Bharat Natyam, Yoga, Meditation, Henna painting, supplementary school, Women's social clubs, Massage & Beauty Therapy, leading to social inclusion and interaction with the wider community. The health of the elderly has improved with healthy food and exercise and the needs of youths have been met with sporting activities inclusive visits from schools/scouts to Mandir.