Celebration of the centenary of Priory Park, Chichester being given to the people of Chichester by the 7th Duke of Richmond and Gordon on 30th September, 1918 for recreation and as adwar memorial

Celebration of the centenary of Priory Park, Chichester being given to the people of Chichester by the 7th Duke of Richmond and Gordon on 30th September, 1918 for recreation and as adwar memorial

Priory Park 100 is an initiative led by the Friends of Priory Park to mark the centenary in 2018 of the gift of the Park by the 7th Duke of Richmond and Gordon to the citizens of Chichester as a place of public recreation and a memorial to the fallen of the First World War. A programme of activities through 2018 will make more widely known the Park's rich history stretching back to the Roman occupation, stimulate new partnerships between the local community and those charged with the upkeep of the Park, and promote the benefits offered by this vital green space in the heart of the city. The centrepiece is a nine-day celebration and commemoration with a focus on education, engagement and legacy, with a strong emphasis on civic pride and wellbeing

Increased knowledge and understanding of the history, heritage and role of Priory Park in Chichester across all ages and demographic groups by providing a series of events with very wide appeal and inclusive of all the Community. Recording the events on film by Clive Hand and photographs by Benjamin Graham will produce a record of the events for the Record Office for future generations Through the wide variety of events planned for PP100, demonstrate how the Community can utilise this wonderful asset. This will be monitored by the numbers of different organisations using the Park post PP100 and also particularly disadvantaged groups Increased awareness of the sacrifice and remembrance of local members of the armed services particularly on the 100th anniversary of the First World War as the Park was given also as a war memorial. Young people and schools will take part in the production of special poppies designed for a display in the Park. 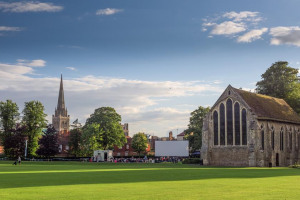 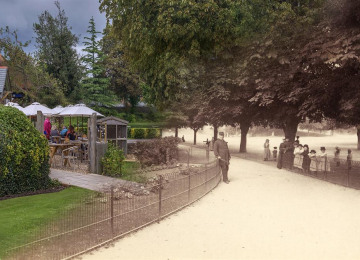 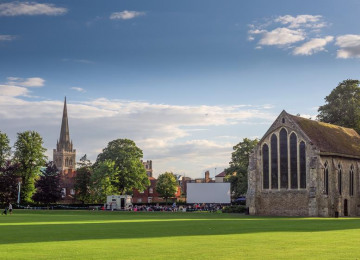 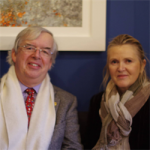 Embrace Chichester arose from an idea by local resident Kate Cook with Richard Plowman to create a web site based on a nutritional model for bringing together, informing, giving advice and opinion to unite the Community of Chichester .

Project Owner: Embrace Chichester The Project Owner takes legal responsibility for receiving and spending the funds raised and ensuring the project is delivered.