The Derek Jarman Garden is a unique livingscape on top of a brutalist concrete multi-storey car park in Peckham. We would love to expand this vital urban green space sited just off the high street.

The Derek Jarman Garden is a unique livingscape on top of a brutalist concrete multi-storey car park in Peckham. We would love to expand this vital urban green space sited just off the high street.

The existing garden is located on Level 10 of the disused car park on Rye Lane in Peckham. In 2008 Bold Tendencies took over the top four levels, turning them into a thriving space for new visual and performing art. It is also home to the legendary Frank's Cafe. This exciting project is now known internationally has been visited by more than half a million people. The garden was commissioned by Bold Tendencies in 2012 and designed by the local artist Dan Bristow. It is a tribute to the garden designed by the filmmaker Derek Jarman (1942 - 1994) for Prospect Cottage in Dungeness, Kent. It is currently located beside an unsightly toilet block. We would like to demolish this block and extend the garden into this area, providing a unexpected oasis for visitors to enjoy. Dan has designed a sweeping extension which uses reclaimed scaffolding planks from the original toilet block. It will be planted with exotic drought-happy shrubs, mature herbs and include many truly rare species.

The expanded garden will become a vital destination just off the high street in Peckham. It will attract a variety of people from the local community across ages and cultures: those looking for a place of quiet contemplation close to bustling Rye Lane, people with a horticultural interest because it would include many rare species, children on school trips to Bold Tendencies, and community groups who can can use the garden as a unique environ for events, talks, performances and yoga.

A vital botanic destination in tis own right, this innovative urban landscape design will give pleasure for many years to come.


The structural integrity of the building and facade will not be altered or damaged by any of the works, as they will be free-standing. Furthermore, the soil will be lightened by mixing in hydracela expanded clay substrate into it, and bolstering raised beds from underneath with large polystyrene blocks. 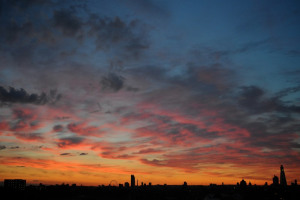 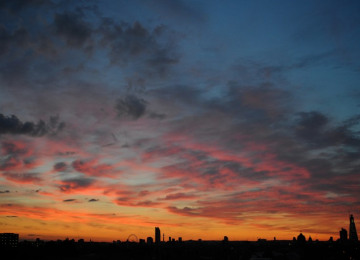 We are a nonprofit arts organisation

Project Owner: Bold Tendencies The Project Owner takes legal responsibility for receiving and spending the funds raised and ensuring the project is delivered.