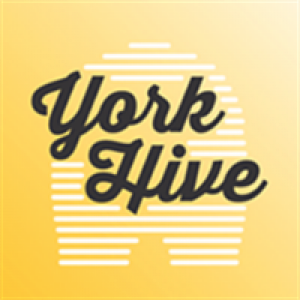 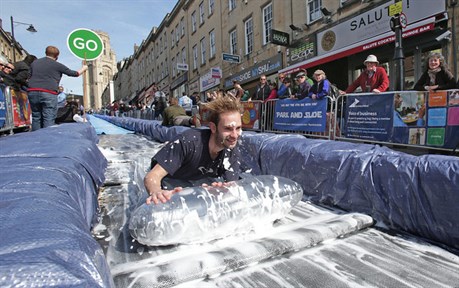 An incredibly fun and simple idea, to get a giant water slide to carry people down one of Bristol's busiest streets. Over 500 people crowdfunded the £5,000 cost on Spacehive and 100,000 applied to go down the slide. The event drew in huge crowds of spectators and was covered by media around the world. 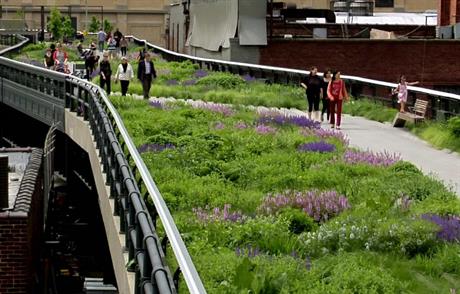 After being abandoned for nearly 20 years, New York City planned on demolishing its High Line railway. A local railway enthusiast and an architect then joined forces to come up with an idea to preserve the historic structure, and the result is quite amazing. Funded by a mixture of donations, fundraising events and the City itself, the new look High line park and walkway is without doubt one of the greatest reimaginations of a civic space that we've ever come across. 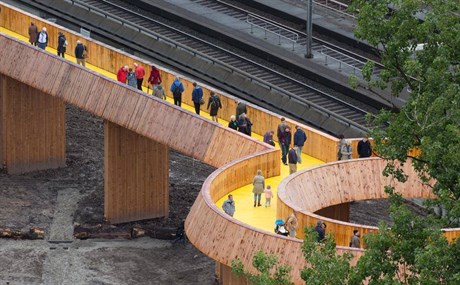 This amazing wooden footbridge was designed to span a hectic main road and help connect and rejuvenate two run down areas of Rottedams city centre. The architect had planned to fund and build it over 30 years, but the demand for both it's look and practicality saw a crowdfunding campaign take hold of it and get it built a long time ahead of schedule. 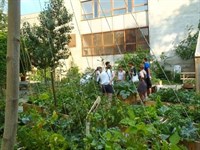 Todmorden in Yorkshire's Calder Valley has been transformed by free food growing on its streets, parks and even its rooftops. The idea couldn't be simpler, to plant your own, or share this stuff. Tiny plots of land are now being taken over to provide free and healthy food for the local residents. What started off as a few vegetables in one garden, has now taken over every piece of what was scrubland throughout the town. 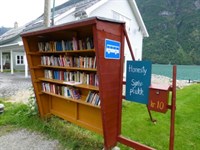 Another wonderful idea that's so simple. Turning a mundane part of everyday life into something exciting and enjoyable. The Book shop bus stop is a great example how anyone can completely change the way we all view standards of civic spaces

A few others from Spacehive

Porty Light Box
A local artist who wanted to turn a disused Edinburgh phone box into a miniature art gallery. 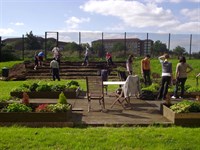 Global Garden Global Kitchen
Creating a community garden where local residents can come and grow their own vegetables in the heart of Tottenham.

Light up Stalybridge
Crowdfunding for the town of Stalybridge to keep their Christmas lights. 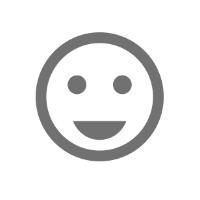