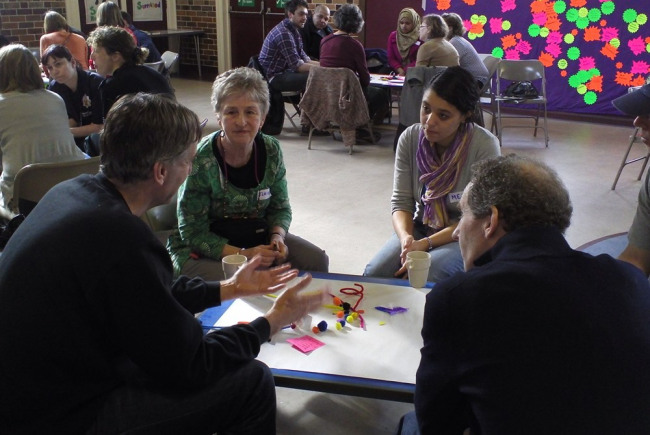 MeetingPoints is a touring pop-up community centre which will engage people who are too busy to take part in traditional community activities in improving their neighbourhoods.

MeetingPoints is a touring pop-up community centre which will engage people who are too busy to take part in traditional community activities in improving their neighbourhoods.

MeetingPoints is an attempt to intervene in busy lives and give people simple, easy-to-use, and non time-consuming tools to enable them to contribute to the development of the areas they live in. It will initially run a pilot programme as a nationwide tour testing what works in this field in different locations, types of premises, and geographies.

A key aim will be to leave a permanent legacy by making connections between people, pointing them to sources of advice and funding, and setting the ball rolling on important project ideas.

The prevailing orthodoxy is that society has lost its community spirit. Changing lifestyles, the dominance of television and other indoor, isolated, activities, and families living further apart from each other, are all factors leading towards people not having the time to get involved in initiatives to improve their neighbourhoods.

One of the key factors driving this social change has been the increasing tendency for people to live in one place and work in another. Thus they get up early in the morning, rush off for the daily commute, return tired after a day’s work and collapse in front of the television.

MeetingPoints is an attempt to intervene in these busy lives and give people simple, easy-to-use, and non time-consuming tools to enable them to contribute to the development of the areas they live in. It will initially run a pilot programme as a nationwide tour testing what works in this field in different locations, types of premises, and geographies.


A typical day at a MeetingPoints project:

We arrive at 6:30 on a Monday morning and start to set up in a vacant former retail space in a railway station.
Within half an hour the space is transformed in a community-hub with maps of the local area on the wall, interspersed with blank sheets of paper for people to write their ideas and aspirations for the area on.
Free wifi is on offer via a WiBE Router (http://www.wiberouter.com) accessed via a splash-screen which collects people’s views about the local area as they log on. Laptops are set up on a corner of the room and commuters are checking their emails and train times as they wait for their train.
All visitors are asked to make a suggestion to improve their neighbourhood, and to leave email addresses / business cards so they can be contacted to follow-up.
Work continues to the early evening, when the MeetingPoint is closed up for the day; 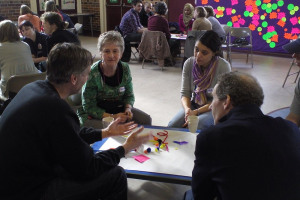 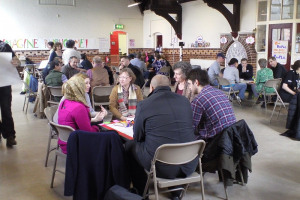 This is an example. MeetingPoints is a mobile project 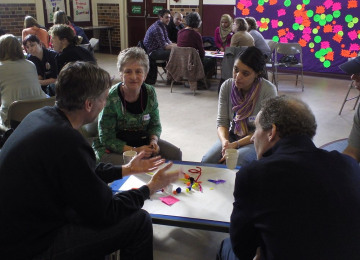 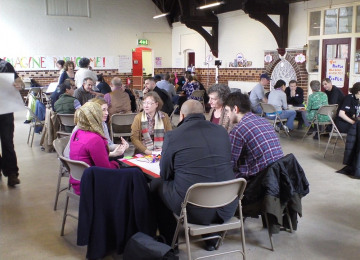 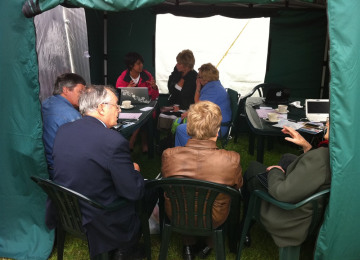 I am a Social Media Surgeon, facilitating community development, economic development, business development, and personal development, largely through the power of social media and new technologies. My work is largely divided into four (complementary) activities: Social Media: I help business and public and voluntary organisations, to use social media to engage with communities and communicate their messages; Digital Inclusion: I am passionate about the power of the internet to improve people’s lives and I work hard to make sure all people can benefit; Rural Broadband: I help engage and mobilise communities in rural areas to secure better broadband provision; and Live Internet Broadcasting: I am Chief Executive of Citizens’ Interactive Broadcasting, a not-for-profit company which specialises in live, online video broadcasting of events, and trains others to do this for themselves. I am a Digital Storyteller and I want to help others tell their digital stories too. I am the originator of #twicket, the World’s First Live Broadcast of a Village Cricket Match, conceived as an idea to highlight the need for fast upload speeds on internet connections, and rural broadband issues in general, which quickly became a global phenomenon thanks to the support of Stephen Fry on Twitter.
Read More

Project Owner: John Popham The Project Owner takes legal responsibility for receiving and spending the funds raised and ensuring the project is delivered.