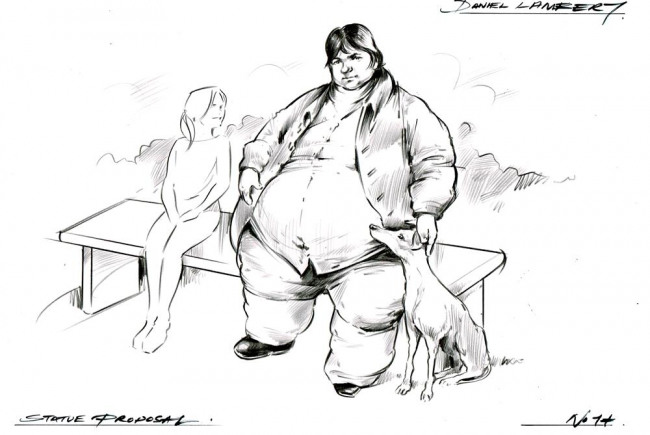 The Daniel Lambert Society eventually want to have a full-sized bronze statue of Daniel, ideally to be placed in Jubilee Square, Leicester. The first step is to commision bronze maquette to be made by Sean Hedges-Quinn, who made the statue of Alice Hawkins in the Market Square, Leicester. He has provided a quote for carrying out the work in the sum of £11,650 + VAT (copy attached). An image of the proposed statue/maquette is attached.

Daniel Lambert has been one of Leicester's favourite sons for more than two hundred years, but there is no statue of him. He was famous not only because of his size, he weighed 52 stone 11 pounds shortly before his death, but because his personality was also larger than life. For many years he was benevolent keeper of the County Bridewell prison in Leicester. When this closed in 1805 he had to find alternative employment and reluctantly decided in 1806 to exhibit himself in London. This proved to be a great success, he was visited by many hundreds of people, returning home to Leicester a rich man. Daniel was keen on all rural sports and was a much respected breeder of dogs and cockerels. His gravestone inscription in Stamford where he died refers to his 'exalted and convivial mind'. The sculpting of a maquette will hopefully lead eventually to the making of a full-size bronze statue on display in Leicester, which is The Daniel Lambert Society's primary aim.

Connecting people, ideas, and support from the crowd to make Leicester an even better place! 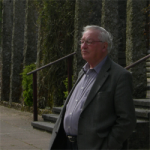 Project Owner: Roger Street The Project Owner takes legal responsibility for receiving and spending the funds raised and ensuring the project is delivered.