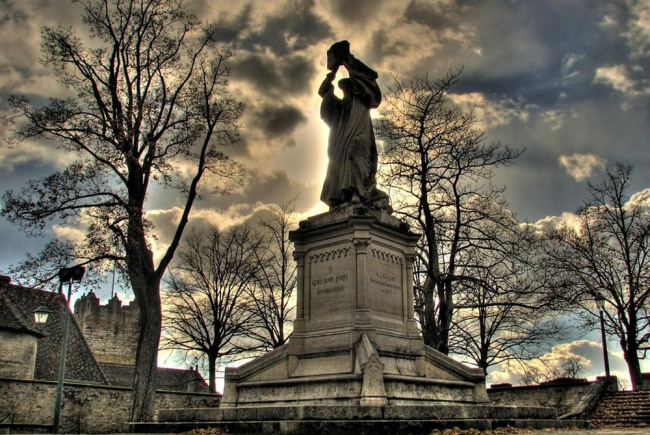 Welcome to the campaign that will transform the way you explore trends, opportunities, disruptions and major shifts on the horizon.

Welcome to the campaign that will transform the way you explore trends, opportunities, disruptions and major shifts on the horizon.

Welcome to the campaign for a statue of La Bourdonnais, chess master, possibly the strongest player in the early 19th century. Louis Charles Mahé La Bourdonnais (1795-1840) and Alexander McDonnell (1798-1835) fought a series of battles that remain unrivalled in the history of chess for sheer intensity and magnitude.Many books recreated the drama and the atmosphere of this great legacy. Founder of the first British French chess magazine, the Palamede, he pionnered the popular rise of chess game in Europe, thanks to the famous match that opposed him with the Londoner Alexander McDonnell in 1834. Indeed, Fifteen years later, the first international race took place in London, on the sidelines of the Worldwide Exhibition of 1851.

London remains a collaborative environment specifically designed to provoke collisions and spark new ideas. London inspires talents and executives across continents and industries to challenge their biases, shift their perspective and explore completely new ways of thinking opportunities. Blending influence and ideas, a statue of La Bourdonnais is no coincidence. London mixes cultures and languages, bridges Europe and the rest of the world, flirts with the old and the new. Much like this natural hub for creativity and innovation, London is a blend of influences, a cross between disciplines, a hybrid creature that pulls together divergent trends to turn them into exciting opportunities.


Other legacy : He was the grandson of Bertrand-François Mahé de La Bourdonnais, naval officer and successful administrator of the Indian Ocean's Golden Age, during peacetime with the French Navy, breakdown of the piracy and interfaith dialogue with all Indian Ocean neighboring communities. The peace potential of religions was encouraged with the construction of Al Aqsa Mosque - still alive at Calcutta Street, Port Louis, Mauritius. The first Mosque to be erected in the world, in 1805, with all official requirements needed. Several places were named after him, including Mahé (Seychelles), Mahébourg (Mauritius) and two streets in Pondicherry: Labourdonnais street and Mahé de Labourdonnais street. Port Louis, Mauritius has a hotel which bears his name, the Labourdonnais Waterfront Hotel and also a school bearing his name Lycée La Bourdonnais.