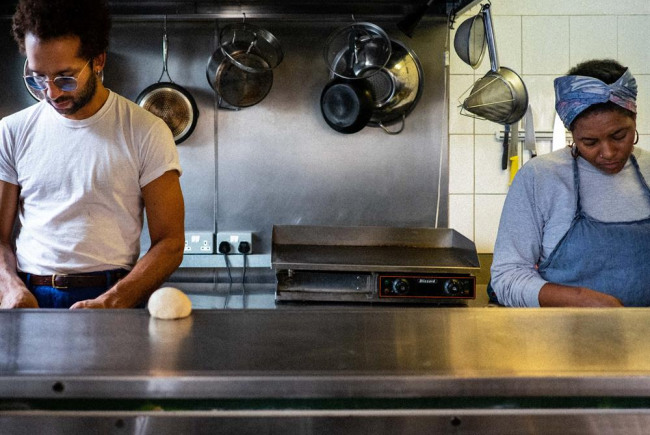 Who is Island Social Club? A cultural hub in Hackney. A space that shows British Caribbean culture is still important in the borough. A totally inclusive place that gives access to British Caribbean culture all year round. Where the local community can enjoy contemporary food and drink that pays homage to the traditional but highlights the innovation happening within the cuisine. Founded by Marie Mitchell and Joseph Pilgrim in, Island Social Club is a collaborative enterprise that explores British-Caribbean culture through food, drink and people. Island Social Club spent 2019 in residence at Hackney’s Curio Cabal, rooting the project in Hackney. Throughout the year-long residency we serving food and drink to 1000s of Londoners, while creating exciting events and a cultural programme exploring food and its relationship to identity. ** Free space for the community ** Jobs and training programmes for Hackney locals ** Community workshops for food, culture and business

There used to be 10s of Caribbean spaces in Hackney in the late 80s /early 90s. Today there are less than a handful! Figures show that the Caribbean population in Hackney is decreasing. Gentrification, rising rents and the erosion of British Caribbean public spaces has led to the community and its younger generation leaving the borough. Hackney, a borough that prides itself on its incredibly diverse population, deserves rich cultural spaces that have built upon their communities history. Island Social Club wants to build a new social club in Hackney and help restore its British Caribbean social scene. 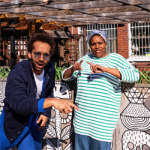 Island Social Club is a purpose lead social space that explores and shares our brilliant Caribbean heritage - from island to contemporary Black British culture. Our space is designed to be a clear representation of modern London life married with the richness and diversity of the Caribbean.

Founded by Caribbean Londoners, Island Social Club aims to re-root British Caribbean culture in Hackney by producing undiluted and exciting encounters between food, drink and people. Through our year long residency in Hackney, our cultural events and community projects, we work to fill the void left by the erosion of London’s once thriving Caribbean social scene.

Through a desire to understand their Caribbean Culture in more depth, Marie Mitchell and Joseph Pilgrim launched Island Social Club's first project - Rotishop, a streetfood site based in Tottenham in 2017. After a successful 6 months of serving wrapped roti to the people of North London, they decided they wanted to craft a project where they were able to explore the nuances of Caribbean culture and it's evolution in the UK in more detail. They launched their supper club series Nyamming, a series of deep investigations of Caribbean cuisine in Hackney, an area intertwined with Caribbean culture in London and the UK. Collaborating with spoken word performers and poets, they created immersive dining experiences where a central theme is investiagted via food, drink, music and performance.

In February 2018, they launched their first long term residency in Hackney where they were able to share their vision for a permanent contemporary Caribbean social club with Hackney, London and the wider UK community. They featured in local and national press, some examples being - ES  Magazine, Observer Food Monthly, The Voice newspaper, Olive Magazine, Munchies, Vice & featuring on Jamie Oliver's Meat Free Meals. The succes of the residency has stood to confirm that projects like Island Social Club are sought after, supported and necessary in a time when inclusivity and diversity are being challenged on a global scale.

Island Social Club strive to continue this journey by aiming to launch their own permanent space in Hackney in 2020, where both ISC and the community can continue to work together to educate, collaborate and grow British Caribbean culture in Hackney, London and the UK.