By The Friends of Hopwood Park Heywood Create 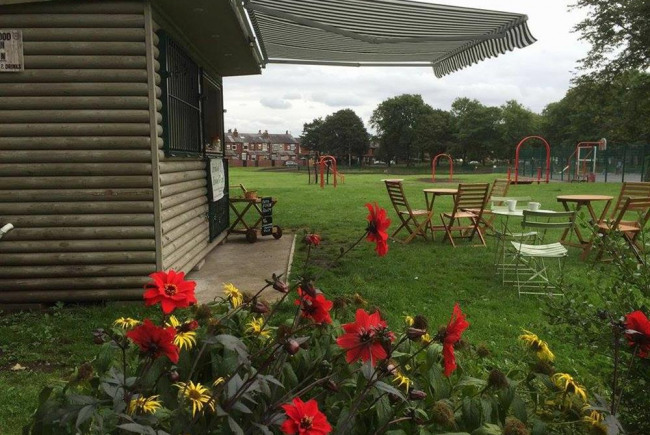 By The Friends of Hopwood Park

We want to create a haven in Hopwood around Hopwood Cabin. A relaxing spot away from the hustle bustle of life. A place to catch up with friends or take time out.

We want to create a haven in Hopwood around Hopwood Cabin. A relaxing spot away from the hustle bustle of life. A place to catch up with friends or take time out.

The Friends of Hopwood Park

Hopwood Cabin is a take-away snack facility situated on the park, bought with funds raised from the work of The Friends of Hopwood Park through projects and events. Hopwood Cabin is managed and run by volunteers and provides low cost, healthy refreshments for a wide variety of ages who visit the park for many reasons. Access to the cabin can become difficult when the ground is wet, especially for wheelchairs, mobility scooters and parents with prams. We would like to create an easily accessible pretty garden/sitting area with picnic tables and planters around the Cabin to enhance the visitors experience and attract more people to the park which has been improved greatly over recent years. We would also like to install some security lighting as a safety feature.

Hopwood Cabin on Hopwood Park has already proved an extremely valuable asset to the park. Improving the area around the Cabin and creating a garden here will enhance the visitor's experience greatly. Making these improvements will open up the park and attract a greater range of visitors ie., the elderly and disabled of all ages who previously have found it difficult to gain access. There will be a place for these visitors to sit with friends and family and enjoy the surrounding and the improvements that have been made to the facilities on the park creating a haven for a feeling of well being and relaxation. Mums will be able to sit and supervise their children play and young ones will be able to socialise and play in safe surroundings. 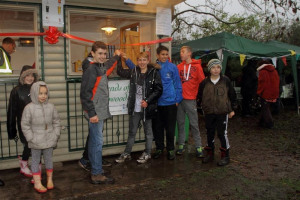 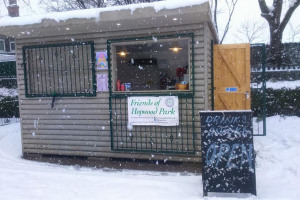 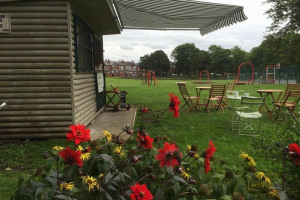 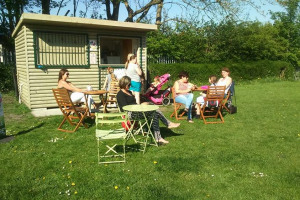 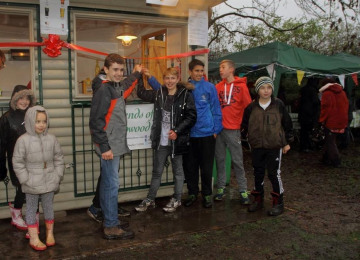 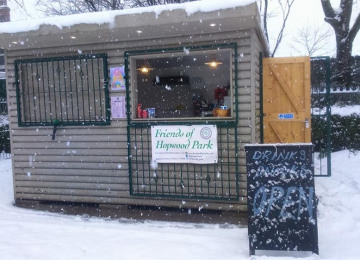 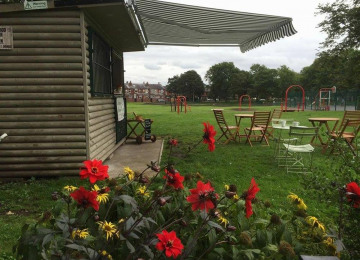 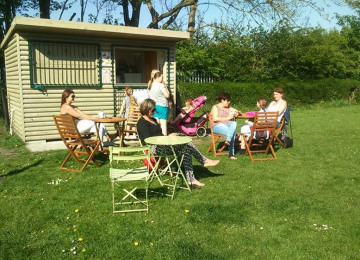 The Friends of Hopwood Park are a non-profit community group formed in 2010, now a registered charity.  We have the aim and vision of improving the facilities on Hopwood Park to create “A safe recreational space for all.”  We have representative members and interest from all stakeholders and primary users of the park ie., Hopwood Community Primary School, Hopwood Park Playgroup, St John’s Scouts Group, Heywood Explorers, and many residents of Hopwood Hall Ward, (pop:  10,000).

We have achieved many projects which have made significant improvements to the park, so much so that the park has been referred to by the local media recently as a "beauty spot"

Several successful funding bids including an investment of £25,000 from Pilsworth Environment Company to provide improved play facilities for children of the ages of 8 – 13 years.

Creation of a wildflower meadow in 2012, giving support to the town’s entry in the annual “In Bloom” competition.  In 2015 and 2016 we received the highest award of "outstanding" in the Neighbourhood Award category for our efforts.  This has proved to be an excellent educational asset to local schools and children's groups.

The group has been instrumental in funding being sought for improvements to disabled/public access and main pathway resurfacing, drainage and the general upkeep and maintenance of the park, recognised and commented on by many in the local community..

The Friends Group has arranged many fundraising activities and successful events to develop community cohesion and raise funds for the park.  The include an annual Winter Market, Children's Arts and Crafts, Teddy Bears Picnics, Planting and Raking event, in 2016 we planted a community orchard where familes of the community each adopted a fruit tree.

In 2015 with funds raised we purchased a log cabin to situate on the park as a take-away refreshment facility,  proving to be a great asset providing low cost, healthy snacks for park visitor and passers by.  The Cabin is run by volunteers and all funds generated are reinvested into park projects.

In 2016 we completed a major drainage project resulting in a wildlife pond and a much drier field providing scope for many more projects and activities.

Project Owner: The Friends of Hopwood Park The Project Owner takes legal responsibility for receiving and spending the funds raised and ensuring the project is delivered.