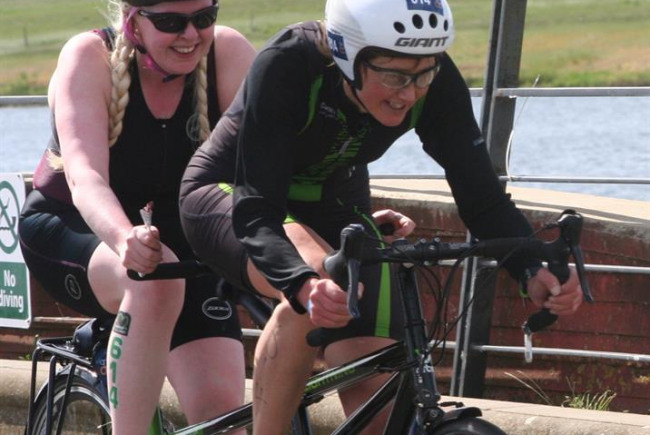 I am involved in guiding a blind triathlete. Other blind people wish to take part in the sport. So other sighted people need training to be guides.

I am involved in guiding a blind triathlete. Other blind people wish to take part in the sport. So other sighted people need training to be guides.

The project is to run a weekend offering training to sighted people so that they can guide visually impaired people in the sports involved in triathlon - swimming, biking, running. Therefore more blind people can be supported in the sport at levels from introductory to National Championships. Currently there are more blind people wishing to try the sport than available guides. The weekend will cover visual awareness, learning the basics eg how to support someone with limited vision at meal times, riding a tandem safely, communicating, run guiding and swimming tied together in open water. It will give people enough confidence to guide in local sprint triathlons eg Kendal sprint.

I have been involved for four years with a charity, Vision of Adventure, supporting a small number of visually impaired people in triathlon. The changes I have seen in them as people have been huge. I have observed increased confidence and well being, health and fitness. People have achieved things they never thought possible, both in sport and in life. Now we are at a point where there are more people with visual impairments wishing to do triathlon than guides. A number of people have said they will guide but are too nervous to do so without time to train, understand and practice. Therefore, as a Triathlon coach and experienced guide, I wish to run a weekend to offer these things so that more guides become available. Twelve guides means many more triathletes than 12 can be supported over time. 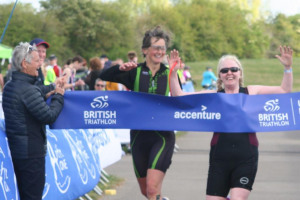 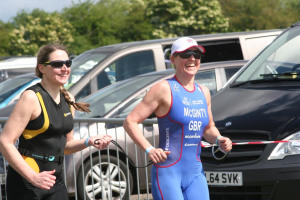 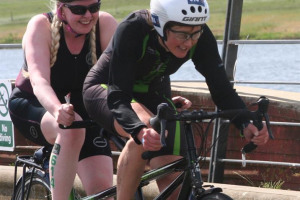 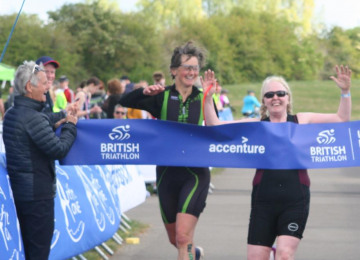 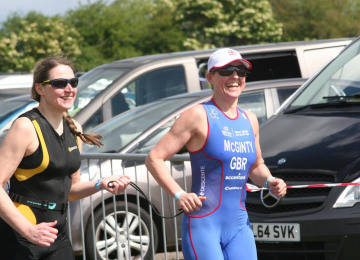 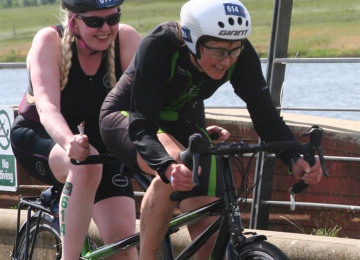 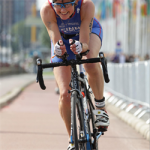 I am a keen triathlete and have been involved for about five years in the sport, I am also an enthusiastic cyclist. I am a qualified coach for both triathlon and cycling. I am keen to support others to have similar fun and have been priveleged to guide some visually impaired individuals. I have been motivated to try to help more by how much they can get from the experience and by the enormity of the barriers they face.

Project Owner: Kath Finn The Project Owner takes legal responsibility for receiving and spending the funds raised and ensuring the project is delivered.