Our current village hall is loved and used by all sorts of groups but its freezing and has no facilites so many groups stop using it as the heating cost is becoming prohibitive. Its our community!

Our current village hall is loved and used by all sorts of groups but its freezing and has no facilites so many groups stop using it as the heating cost is becoming prohibitive. Its our community!

The current Hall consists of one open space with a high ceiling and, whilst suitable for large group activities, due to its size it can be very cold and slow to heat up. With increasing fuel costs, a number of groups, especially those with smaller numbers, have now stopped using the hall, citing the cold and the expense of the heating as their reasons. During drama group plays the actors, often including many village children, have to use two rusty caravans and a metal storage container which leave them freezing outside in the cold and wet car park.

The provision of a smaller, more flexible space will result in a significant rise in annual income without incurring extra running costs. The extension would allow much smaller groups of users to hire the hall and allow villages to form and meet at lower cost, thereby enhancing the future sustainability of the Hall. A village survey overwhelmingly supported the proposal.

Stop people from freezing in the Hall by and give it some better facilities by building an extension, so we get many more groups to use the village hall (they are queueing!) so our community becomes even stronger!!


The extension has been costed at £61,000. So far we have been awarded a Major Grants award of £24,000 by Mendip District Council (MDC). The Clarks Foundation has contributed £7,500 and we have two other applications under consideration. A requirement of the MDC award is that we raise £12,000 in match funding and that is what the current fundraising campaign is aimed at.

A village hall in the small rural village 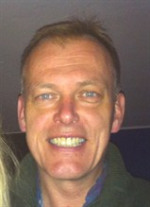 Hi I am Gerry and live in the Village of Godney on the Somerset levels near Glastonbury. Its a great village with a brilliant pub and an enthusiastic and diverse bunch of villagers. We use our lovely old village hall for all manner of stuff but its a very cold place with very limited facilities so we formed a group, of which I am a humble member!, to raise funds for an extension! HELP!