Using dormant retail space to launch both a physical and online campaign to to find what new retail opportunities would excite residents to the extent that they would both participate and invest.

Using dormant retail space to launch both a physical and online campaign to to find what new retail opportunities would excite residents to the extent that they would both participate and invest.

A recent online campaign to turn the dead BHS site into an indoor market gathered thousands of supporters within days, proving that the community has real concern over the demise of retail in Tunbridge Wells Town Centre. With BHS no longer being an option, this idea is to turn our focus to one empty store and use it as a "What would you like to see here?" campaign base. The BHS project also attracted tens of volunteers who wanted to help make it happen, including lawyers, accountants, creatives, artists and the use sixth form students from two Skinners Schools who would love to be part of a town centre regeneration project. We could create the same amount of excitement for bringing just one retail space back to life on the basis that if it works for one retail space, it will work for others... and we have so much choice at the moment. The campaign would invite residents to complete simple surveys asking what new and innovative retail initiatives they would support.

If we can prove that the power of community can breathe new life into just one store, then we can do it for others. A community led retail initiative bings imagination, excitement and above all footfall into a dying town centre, but it also it helps Tunbridge Wells retail reflect the character, interest and talents of its residents. The town becomes much less dependant on the bland large chains. The Internet, the very medium that has helped to stifle our town centre, can now be used to restore it, as we now have the ability to continually monitor the interests of residents, and in particularly the youth who are the first to see new ideas and fashions as they appear on the horizon. The virtual and physical infrastructure that this project builds will also help retail rapidly adapt to changes in fashion, demand and even seasons. However there is one even larger benefit. If this concept works in Tunbridge Wells, it could work in any town!


Retail has changed for ever. Large chain stores that are slow to adapt to the rapid change in fashion, ideas an technology are being replaced by popups. The town centre of the future will be much more event driven to the point that what is seen in our shop windows in one month, may be very different to what its seen in another. This encourages footfall but it also encourages local traders. artists, growers and manufacturers to explore the possibility of working alongside other members of the community to build and manage their own retail outlets. 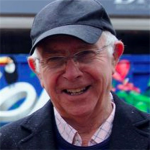