By Fairfield for You Residents Association Goole Create 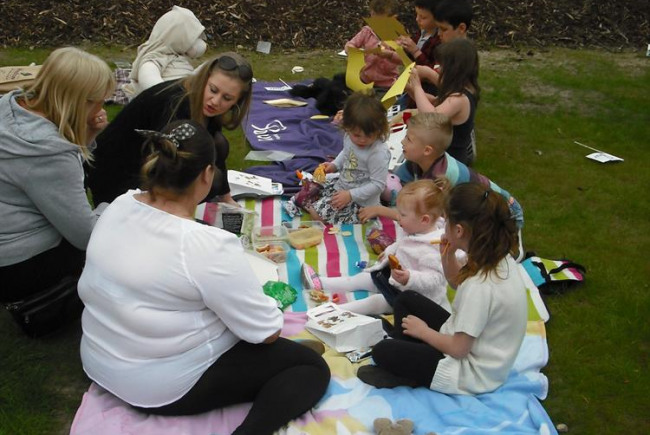 By Fairfield for You Residents Association

This project is about creating a community space with play equipment for junior and infant aged children, with adult seating and pleasant planting. It will be open to the public.

This project is about creating a community space with play equipment for junior and infant aged children, with adult seating and pleasant planting. It will be open to the public.

Fairfield for You Residents Association

We have developed the first part of the space on one side of the road with a surfaced basket ball area and an informal ball kickabout area. The area left to develop is where 8 houses which were demolished in 2014 due to repeated flooding. We have the money including a grant from Drax to do the earthworks to create landscaped low lying grass areas to hold any future water until it disperses naturally and create higher areas with a path, but we don't have any money for play equipment or its installation.

We are a group of 8 residents on a committee raising funds. Public funding streams are getting harder to come by and we want to see this space as a positive place for us and the surrounding community after the difficult time we have been through.

The children on the estate have all said they want this and are regularly using the informal kickabout space that has already been completed. We had a pictorial questionnaire for children last year to get their views on what ideas they liked for the space.
We want a nice place people can go outside to meet.
This project is about a posiitive outcome for our community which has gone through repeated flooding, fear of flooding and some houses being demolished.
There is an old persons housing complex 75 yards away and they would like to use the seating area.
People from the surrounding roads tell us it would be a good to have a nice place to come and sit other than the cemetery with its benches and flowers or the river bank which is a long walk.
What we create will be publicly accessible for everyone - a local green space.

Fairfield for You is a Residents Committee that has formed to support the creation of a community space on Millennium Way which will include infant and junior age play equipment and adult seating in an area that was previously housing. The housing was demolished in 2014 after repeated flooding. The new space will be open to the public who can all use the equipment. The area will have some landscaped lower grassed areas to hold water until it disperses naturally in future, but most of the space will be about a positive step forward for the residents of the estate after living with the experience of and fear of flooding.

People from other streets near by have said it would be a great asset for local people as somewhere to go other than the cemetery - for its benches and flowers - or the riverbank which is a long walk.

We have completed phase 1 with an informal ball kickabout area and a surfaced basket ball area, but grant funding options are hard to find. We do have some money to do most of earthworks/landscaping - and have applied for hedging from the Woodland Trust under its 'free trees' scheme - but not got money for the playground equipment itself or its intallation.

There are 8 residents on the Committee which is registered as a Community Investment Organisation (CIO) with the Charities Commission.