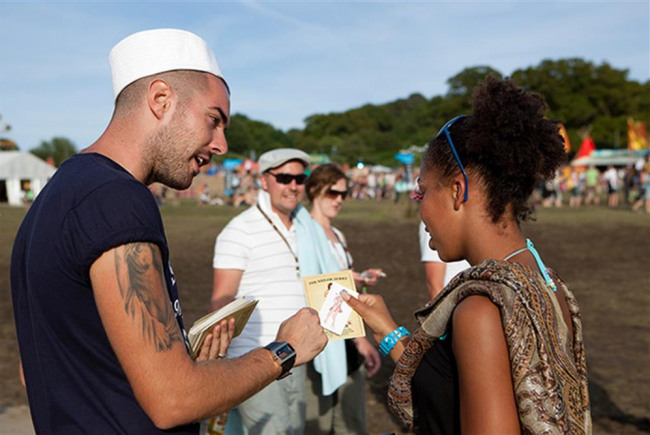 Echo Chamber is a response to the growing global rise of racism, fascism and xenophobia. It will manifest as a festival celebrating the diversity of London and an online movement.

Echo Chamber is a response to the growing global rise of racism, fascism and xenophobia. It will manifest as a festival celebrating the diversity of London and an online movement.

Now more than ever there is a need to build an echo of unification, of recognition and appreciation of difference. To hold our heads up and be counted and to reach out to one another to remind ourselves and others that the concept of division is a social construct. To call out across this divide and send a message of unification to drown out the opposing voices of those who seek to undermine freedom and diversity. Echo Chamber is a series of events over a 2 week period involving thought leaders, musicians, artists, writers, filmmakers, activists and sports personalities, celebrating diversity. Echo Chamber will unite people through panel discussions, talks, film screenings, grass roots organisations, club nights and dj events, acoustic gigs, workshops, food, sport and fitness, pet show events and child friendly activities. "Echo" clothing and merchandise will be available at these events to promote the word "Echo" as synonymous with anti-racist values and a celebration of diversity.

The launch of the "Echo Chamber" concept via the fortnight of events will be used as a catalyst to launch a wider national Echo Chamber movement with a simple strong visual message to unite people. This will continue to spread via the ongoing presence of the logo, building a momentum of unification across London and the UK. The "Echo" logo will act as a visual reminder of how many people uphold the values it represents and will be a visible representation of a defiant unification of people everywhere and a vocal rejection of racist and fascist values. The presence of this logo both in Hackney, Tower Hamlets and across the city will support a mood of unity and safety with the potential to develop into an online international movement and extend to future events. The logo could be appropriated by anyone from designers and musicians to art students and graffiti artists as part of it's afterlife.


It is easy to feel discouraged by the growing voices of division building momentum across the world. One way of combatting this misguided displacement of resentment is to build an opposition voice to match and drown out the sentiments of hatred. London is often referred to as an echo chamber in relation to the rest of the country. Many of us choose to live here because we have the same positive attitude towards diversity, we experience first hand the benefits of living with people whose backgrounds or culture differ to our own. People come here for the life and vibrancy that London offers. This movement of people and cultures is a living pulsating ever ever changing stimulus. Stimulating thought, productivity, ideas, action, interaction and the economy and it has the power to influence the world. The cultural phenomenon of London and it’s contribution to art, food, music, sport, debate and progress, has created a city who’s strength is internationally recognised, lets celebrate it! 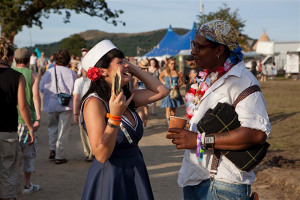 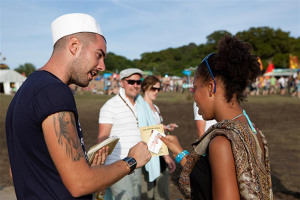 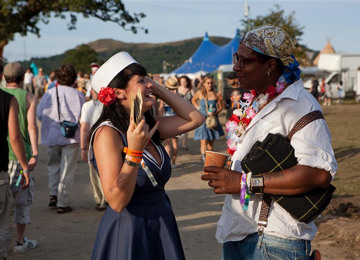 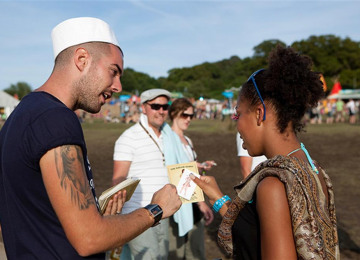 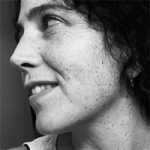 I am a project manager, facilitator and filmmaker based in Hackney working in arts, education, commercial and community contexts. I’ve been facilitating and project managing arts education projects for over 10 years for a variety of organisations including Royal Opera House Creative Partnerships, The National Youth Theatre and Bow Arts Trust. I worked for Creative Partnerships for 6 years as a project manager and artist-facilitator, developing and delivering inspiring creative educational projects in schools throughout Essex and the South East. I’m currently employed as a freelance project manager for The Liminal space, a creative consultancy that brings together the rigour of a think tank and the creativity of a cross-disciplinary design studio to bring social issues to public audiences and solve business challenges. I also work part time as studio manager for The Service Communications Cooperative; a production company based in Old Paradise Yard, Waterloo specialising in international film and video content production with a focus on social impact, the arts and creative collaboration. My role includes all aspects of co-ordination and delivery of projects, both admin and supporting content from starting point to completion to facilitate creative processes that produce high quality,innovative end products. Through ideas and research, to development, design, schedules and completion. I have extensive experience of planning and evaluation processes, monitoring budgets and expenditure and knowledge of safeguarding and child protection procedures. I hold a current up to date DBS check and the on-going monitoring of projects is a natural and embedded process in my work. From Sept 2018 – Feb 2019 I worked as a freelance filmmaker mentor for Eastside Educational Trust on the BFI Film academy scheme, guiding students through the production of their short film. Other recent experience includes youth video project facilitator with Holborn community association on their summer (2018) video project in conjunction with Sir John Soane’s Museum in Lincoln’s Inn Fields. I have a background in the film industry, primarily within the art department, on Films, TV and commercials. I’m an experienced camera operator and video editor and am familiar with Excel, microsoft office and google docs From September 2017 – July 2018 I completed an online training course focused on current online and digital trends.

Project Owner: The Service Communications Ltd. The Project Owner takes legal responsibility for receiving and spending the funds raised and ensuring the project is delivered.