To create and install a statue of World famous author, DH Lawrence, in his home town of Eastwood - Nottinghamshire.

To create and install a statue of World famous author, DH Lawrence, in his home town of Eastwood - Nottinghamshire.

Eastwood, Nottinghamshire, is the birthplace of D.H. Lawrence, and has a museum dedicated to him in the house where he was born, but Eastwood doesn't have a statue of him, we hope to change that with your help. Sculptor, Andrew Lilley, who created the Irena Sendler statue for Newark, has also agreed to help. People from all over the world have visited D.H. Lawrence's birthplace at Eastwood, including relatives of both D.H. Lawrence, and his wife, Freida Von Richtofen. A number of notable writers, artists, and playwrights have also visited, and Eastwood has been the location for two major films, televised dramas and documentaries. We think it is time that Eastwood had a statue of D.H. Lawrence to boast about, a statue that can be seen, and photographed by everyone who visits, which in turn will spread the word about D.H. Lawrence, and Eastwood, helping to bring in more visitors to the area to view our new statue, and help and revitalise the economy of our struggling town.

A statue of DH Lawrence will attract more tourists and visitors to Eastwood, which in turn will help boost the economy of a struggling town that once relied on its mining community for its existence. That mining community has now been stripped of its main source of income, the local coal mines, and desperately needs help in getting back on its feet. It is proposed that the statue of DH Lawrence will be sitting on a bench, outside of Eastwood Library, so visitors and tourists can have their photographs taken sitting next to him., which will further promote Eastwood when those photos are shared on social media.


Andrew Lilley, the proposed sculptor of the DH Lawrence statue for Eastwood, recently had his statue of Irena Sendler unveiled in Newark, which is in Nottinghamshire. Andrew designed and sculptured the very impressive life size bronze statue of Irena Sendler, the Polish woman who saved over 2,500 Jewish children's lives by smuggling them out of the Warsaw ghettos during the Nazi occupation of Poland in the Second World War, so I know that Andrew will do his utmost to provide the perfect statue for Eastwood. 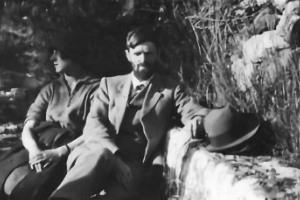 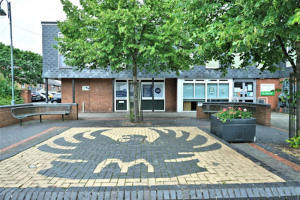 Eastwood, in Nottinghamshire, UK, is the birthplace of DH Lawrence. Eastwood is situated on a hill surrounded by views over the Nottinghamshire and Derbyshire countryside, these are the views that DH Lawrence wrote about, and included in several of his novels. 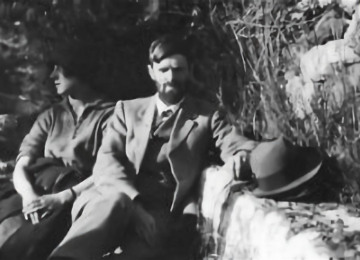 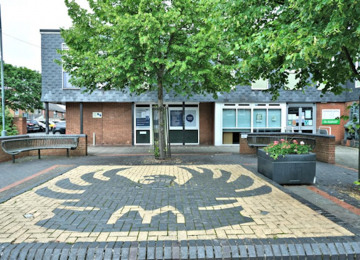 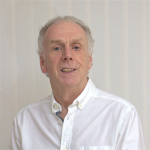 My name is Gavin Gillespie, I was born, and still live in the Eastwood area, and just like Lawrence, I have roamed the same countryside that he so loved. I have a website dedicated to DH Lawrence under my own name, which I created to highlight the area in which Lawrence was born, and to show images that I have taken of the area, mostly relating to Lawrence's early life in Eastwood. My working life started by working down the mines as an electrician at Moorgreen Colliery, which Lawrence called Minton Colliery in his book, Sons and Lovers. When I started this project for a statue of  Lawrence for Eastwood, I discussed the project on a local Facebook page, Eastwood and Kimberley Bygones, to ask the opinions and suggestions from the many members on that group, and this campaign is based on the result of those discussions.