Convert unused open space for short/long-term use by Daydreamer Initiative CIC, to allow service users and volunteers to grow fruit/vegetable and use as an allotment to increase skills/motivation

Convert unused open space for short/long-term use by Daydreamer Initiative CIC, to allow service users and volunteers to grow fruit/vegetable and use as an allotment to increase skills/motivation

Convert A Centrally Located Unused Space – Unused spaces can be an eyesore, converting an open area of land and creating a greener Britain. Creating an Allotment – An allotment complex facility for community group service users allows for a safe regularly environment to attend. Growing a vast range of seasonal fruit and veg, training service users on seasonality and optimum farming methods for greatest success. With the used of volunteers and active service delivery specialist, be able to provide accurate ongoing records of progress and facilitate work-experience within an open-air environment. Set-Up Food Stall – In order to be sustainable financially long-term, the excess vegetation farmed will be sold by volunteers to gain experience in a market environment and create further long-term project sustainability so as not to be dependent on funds. The project itself will be worked in partnership with other groups to obtain individuals whom wish for empowerment and direction.

Service-Users/Homeless – Enabled community members and service users alike to visit the complex to ‘lend a hand’ and share their experiences of life. Often, we better learn from one another as a medium, sharing is often caring. Learning from one’s mistakes how we often avoid making our own. As the crops grow, so does the motivation and emotional well-being of those involved Community Involvement – As an inclusive hub, all members of the community would be welcome to access services and volunteer in a multitude of capacities. There is a certain fun factor in gardening and tending to crop as well as an internally fulfilling feeling of watching the fruits of your labour grow. Communities see the area improve – A greener space creates cleaner and fresher air as well as being less of an eye-sore than a disused piece of unappreciated land. A colourful and vibrant space would create a more peaceful seeming environment. Excess unsold crop could easily be shared with the community.


The Daydreamer Project Ltd and the Daydreamer Initiative CIC were formed with the fundamental view of assisting the homeless and other marginalised communities back into employment. A functional recruiter dedicated to assisting those whom have the most difficulties in seeking employment would be great. As part of the incubator, homeless service users get to gain/upgrade skills to be able to get back into work or potentially work in small business bubbles to be able to become more entrepreneurial and self-sufficient. With support from the team and other local community organisations, it gives the chance/opportunity to someone who otherwise potentially would not get one. In the ideal scenario, this would be the first of many such hubs to create cohesion and partnerships, employability and skills. It would be a Leicester based with opportunities to grow and be replicated UK-Wide. 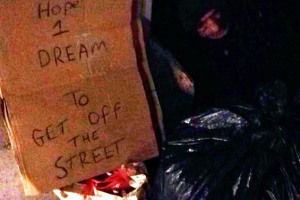 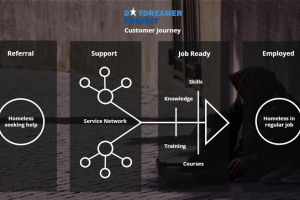 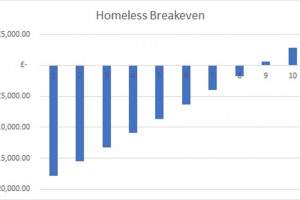 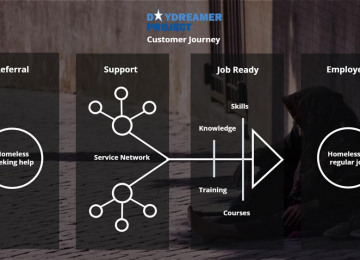 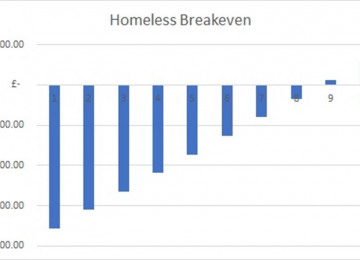 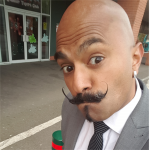 A daydreamer by nature is how I would primarily describe myself. I’ve always had a somewhat “special” way of seeing things and a different outlook to most I’ve known

To the things that I am passionate about, I would go to the ends of the earth for.

I have for a very long time had a single belief, that homeless is unfair and due to circumstance, individuals often face poverty, homeless and a variety of ailments in life from which return is sometimes excruciatingly difficult.

I’ve given away burgers, sandwiches, meal packs, clothes, volunteered with homeless charities and over the last 10 years, I’ve continuously tried and failed to start a recruitment initiative designed to get homeless people back into work.

If there’s any one thing you should know is that I have both failed over the last 10 years to bring my own dreams of assisting individuals leave homeless into fruition. However, 10 years later, I’m not giving up!

I’m the forever optimist and just ever so slightly too stubborn to give up!

Project Owner: Richard Narayan The Project Owner takes legal responsibility for receiving and spending the funds raised and ensuring the project is delivered.